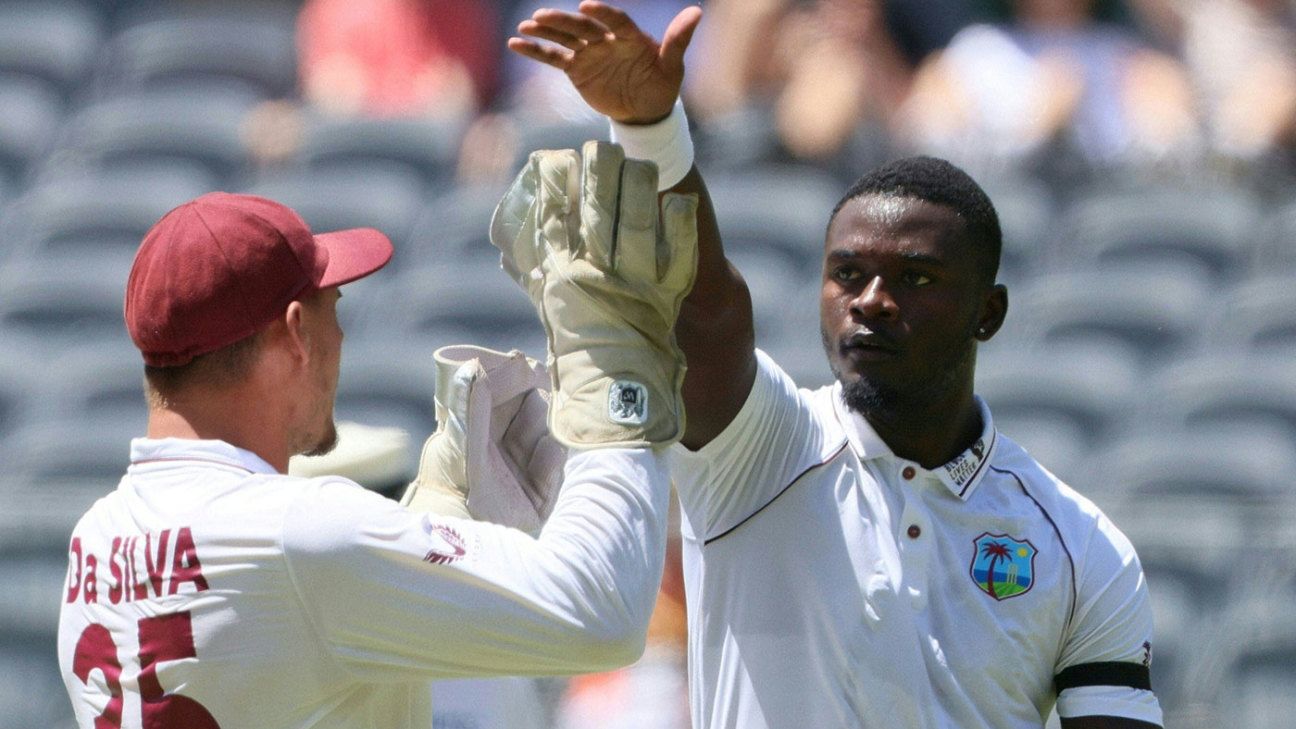 “We bowled well, especially in the first two sessions, but the luck didn’t go our way,” Simmons said. “It was just one of those days. We bowled well in spurts.”

West Indies sensed an opportunity when Australia captain Pat Cummins won the toss and elected to bat on a pitch with 10mm of grass left on it.

But after a promising start from their highly-rated attack, with opener David Warner falling in the fourth over, West Indies struggled to penetrate and faded as the day wore on, in their first Test match against Australia since January 2016.

Capitalising on wayward bowling and sloppy fielding, Marnus Labuschagne grabbed a stranglehold of the contest with an unbeaten 154 as Australia reached stumps at 293 for 2.

West Indies’ confidence might already be shaken in their bid to end a 25-year Test drought in Australia, but Simmons believed their fortunes could have been different with some “breaks”.

Simmons also said West Indies could take heart from a disciplined effort in the earlier part of the day, where line-and-length bowling from their quicks was backed up by aggressive captaincy from Kraigg Brathwaite, who implemented attacking fields complete with five slips.
“The first two sessions were good because we didn’t let them get away,” said Simmons, who will depart as coach at the end of the tour after resigning following West Indies’ early exit at the T20 World Cup.

“I think the last session a few too many runs leaked…makes the day look bad but I think the first two sessions were good.”

Brathwaite has copped criticism over his use of offspinner Roston Chase, who released the pressure late in the opening session when he came into the attack. He also struggled later in the day to finish with 0-63 from 15 overs.

“We will discuss [Chase] in the morning,” Simmons said. “Maybe, the captain sees things out there. He runs the show and I think he’s been doing a very good job with his bowlers.”

Simmons said West Indies’ batters could take heed of the performance from Labuschagne, who weathered an early storm to share century partnerships with Usman Khawaja and Steve Smith.

“I think that’s the way you have to bat, especially with the new ball swinging around,” he said. “As we saw in the last session, it belonged to Marnus because he had fought out the hard times before that.”

Before West Indies front up with the bat, they need to restrict Australia on a pitch Simmons tipped to quicken up. “We need to get a couple of wickets early tomorrow,” he said. “Realistically, looking at maybe 400…even 450 you’re still in [the game] because I think the wicket looks like it can get better.”