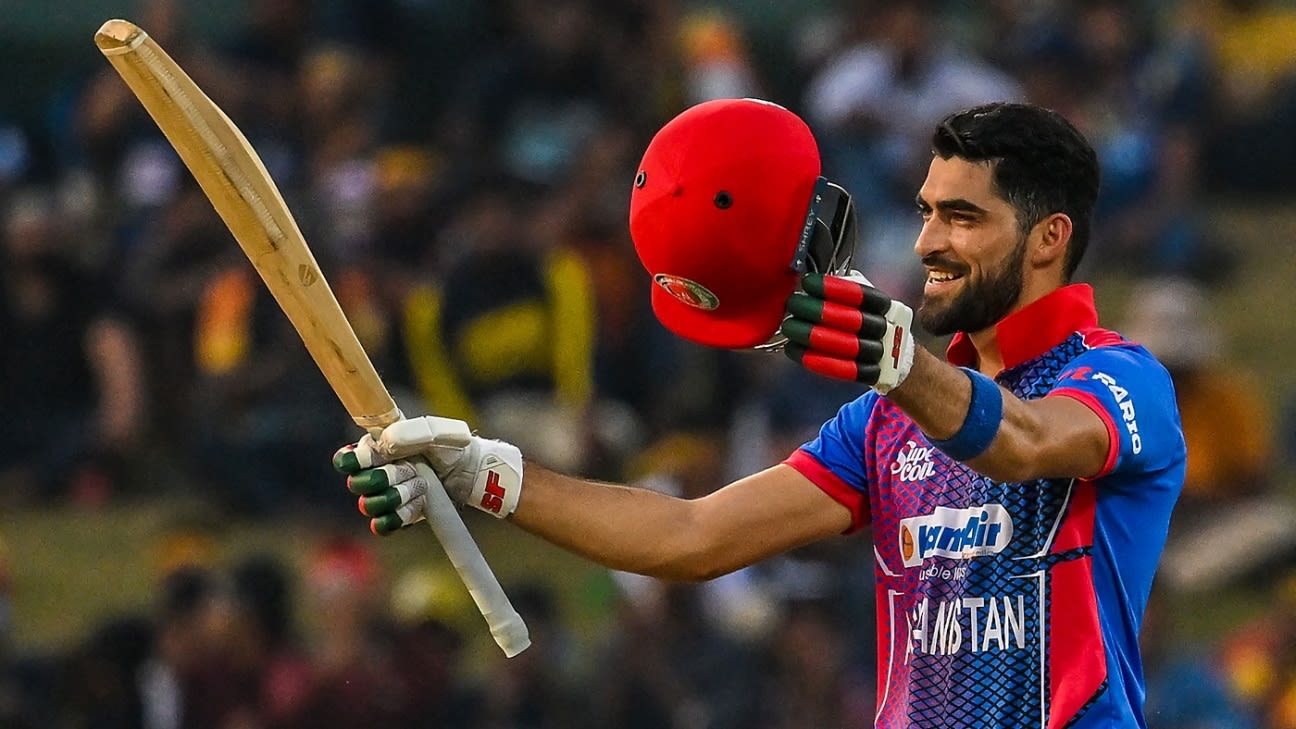 Najibullah Zadran was Ibrahim’s chief accomplice, as the pair put on 154 off 141 balls, transporting Afghanistan from a precarious position to an excellent one. Down the order, Ibrahim found several accomplices, as Afghanistan made 51 off the last five overs.
All but two of Sri Lanka’s seven bowlers went at six an over or more. Kasun Rajitha was the most successful, taking 3 for 60 from his 10. Wanindu Hasaranga took 2 for 67.

But between them, Ibrahim and Najibullah dug Afghanistan out of the hole, switching to accumulation mode through the early middle overs, before exploding as the death approached. In the first 55 balls of his innings, Najibullah struck only two fours. In the next 21 balls, before he got out in the 38th over, he hit six fours and one six. Najibullah hit most of his boundaries in the arc between long-on and deep midwicket, bashing Hasaranga down the ground with particular severity.

Hasaranga, who had just been hit for a four and a six, did get Najibullah out though, having him caught athletically by Dasun Shanaka at midwicket. It didn’t do a whole lot of good for Sri Lanka because Ibrahim, who by then was past his hundred, took over. The 20-year old opener forged productive partnerships with Mohammad Nabi (30 off 23), Rashid Khan (36 off 21), and Noor Ahmad (14 off 7).

Afghanistan made 87 in the last 10 overs – Ibrahim making 56 off those runs. He was out off the final delivery of the innings, having struck 15 fours and four sixes in all.

Matthew Fisher lands a five-for as England Lions make strides against Sri Lanka A
South Africa bowl first at Kimberley, in bid for series clean-sweep
Chopra takes a blinder but it’s all for nothing | From the Vault
NZ chief selector hopes Boult will play ODI World Cup
Rehan Ahmed set for white-ball debut as England name squads for Bangladesh tour