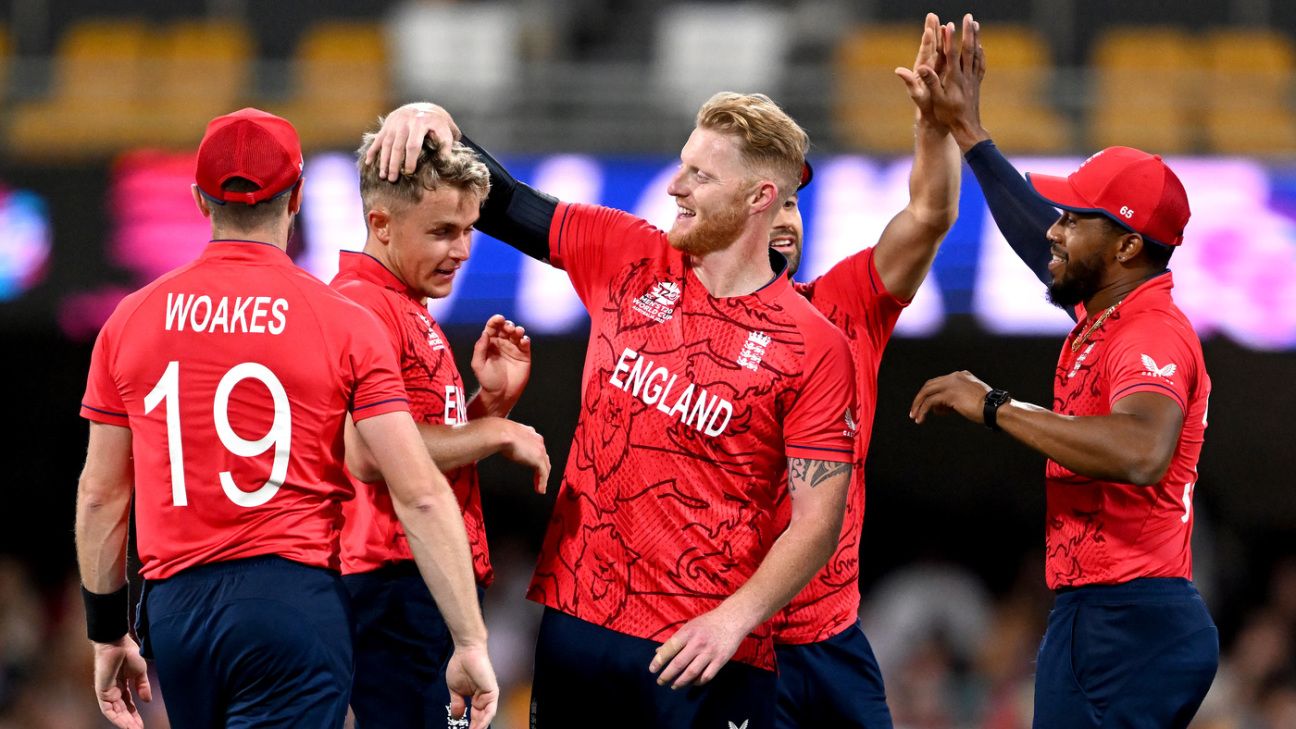 With Afghanistan going down narrowly to Australia, Sri Lanka have no hope of making the semi-finals. New Zealand are already on seven points following their win against Ireland. Australia have now matched that tally.

What Sri Lanka can do, however, is ruin England’s chances of progressing to the knockouts. This is must-win for England, thanks partly to washouts, but also to their having lost to Ireland earlier in the tournament.

The good news for them is that bad weather is not forecast for Sydney on Saturday (another washout would rule them out). The better news is that their net run rate is well clear of Australia’s, so all they need to do is win, by any margin. The even better news is that Sri Lanka have not beaten England since 2014. None of the likely Sri Lanka players have any memory of defeating England in a T20I. England have won their last seven encounters, spread over four countries.

That England have firepower right through their batting order is well-known, but in this tournament, they’ve also showcased some excellent bowling variety. Despite having played only three matches because of the rain, Sam Curran has nine wickets, with an economy rate of 6.28. Mark Wood, the fastest bowler of this World Cup so far, has six wickets. Ben Stokes has four with an economy rate of 5.04.

Although the bad losses to Australia and New Zealand put major dents in Sri Lanka’s World Cup campaign, a victory against England to finish will have them heading home upbeat. This is still a young team, and though they perhaps didn’t quite live up to their dark-horse billing, they will have salvaged something out of a rough tournament, in which they lost their best quicks very early, and have been pinballed around Australia more than most other teams.

A loss leaves a different flavour; they’d have defeated only teams they were expected to beat (Netherlands, UAE, Ireland, Afghanistan). And that’s all after they lost to Namibia.

In the three matches he’s played at this tournament, Adil Rashid has been wicketless. He hasn’t bowled badly exactly – getting through his four overs nicely, and even going at only a run a ball against Ireland. He’s just not made a breakthrough, when perhaps you’d have expected him to be much more of a threat through the middle overs. He’s playing against one of his favourite opponents now, however. In seven matches against Sri Lanka, Rashid has nine wickets, and an economy rate of 5.91. Sri Lanka’s batters have become better at playing legspin recently, but on a worn Sydney pitch, Rashid may still back himself.

Lahiru Kumara has five wickets from five matches in this tournament, and has seemed an improved bowler from the one who played last year’s T20 World Cup. But England’s batters, who enjoy the ball coming on, may prove a serious test, particularly in the death overs. It seems likely that outside the powerplay, England will have plans to put pressure on Kumara.

There is only an outside chance of rain. The surface will be worn – two matches having been played on it already. This should suit the spinners, of whom Sri Lanka have a superior contingent. England’s quicks know how to take the pace off the ball too, though.

Will Chamika Karunaratne find a spot in the XI?•Associated Press

Sri Lanka may go with the same XI that beat Afghanistan, though there may be some thought to bringing back allrounder Chamika Karunaratne.

England are likely to retain the side that beat New Zealand.

Ollie Pope embraces senior status after taste of England leadership
Both teams unchanged as Afghanistan opt to bat
‘It gives us a breather but it’s not the ultimate goal’ – Tamim on Bangladesh’s World Cup qualification
Taskin Ahmed out of Bangladesh’s first ODI against India; Tamim Iqbal in doubt
England bat, Will Jacks debuts with Ben Foakes unwell