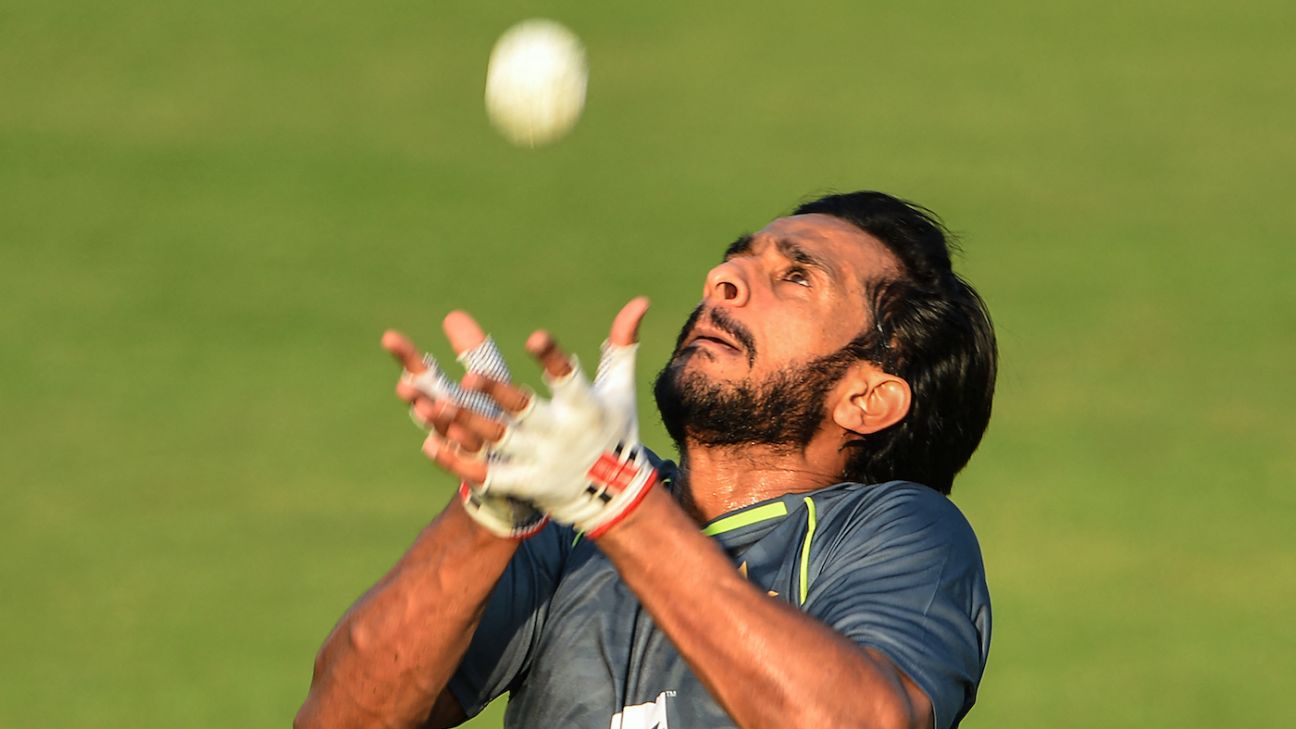 Pakistan
Share on Facebook
Share on Twitter
Share on Pinterest
Share on LinkedIn
Hasan Ali has been dropped from both Pakistan’s squad for the ODI series in the Netherlands as well for the Asia Cup T20Is later this month. Naseem Shah has been named in both squads. Shaheen Shah Afridi, who missed the second Test in Sri Lanka last month because of a knee injury, has been included in both squads, with a PCB statement saying, “his rehabilitation programme will be overseen by the team trainer and physiotherapist, who will also decide on his return to international cricket”.

Babar Azam continues to be in charge of both the set-ups, with Shadab Khan as his deputy.

Hasan’s form across formats in the last year has been middling at best, with his T20I bowling strike rate moving to 23.2; he has picked up eight wickets in nine games in this period. In the three ODIs he has played in the last 12 months – all at home between March and June this year – he averaged 76.50 with the ball, picking up two wickets overall. Earlier this year, in the PSL, he had a bowling average of 40.55 and had an economy rate of 10.84 as he got nine wickets in nine games for Islamabad United.

It has been a downward spiral for Hasan since last year’s T20 World Cup, where he dropped a catch that could, potentially, have won Pakistan the semi-final against Australia. He ended the tournament with five wicket in six bowling innings, at an average of 41.40 and an economy rate of 9.00.

Naseem, who has never played ODIs or T20Is, has taken Hasan’s place after a good performance in the two Tests in Sri Lanka last month, when he picked up seven wickets on not-very-helpful pitches. Naseem had struggled with fitness issues till recently, but has come back stronger.