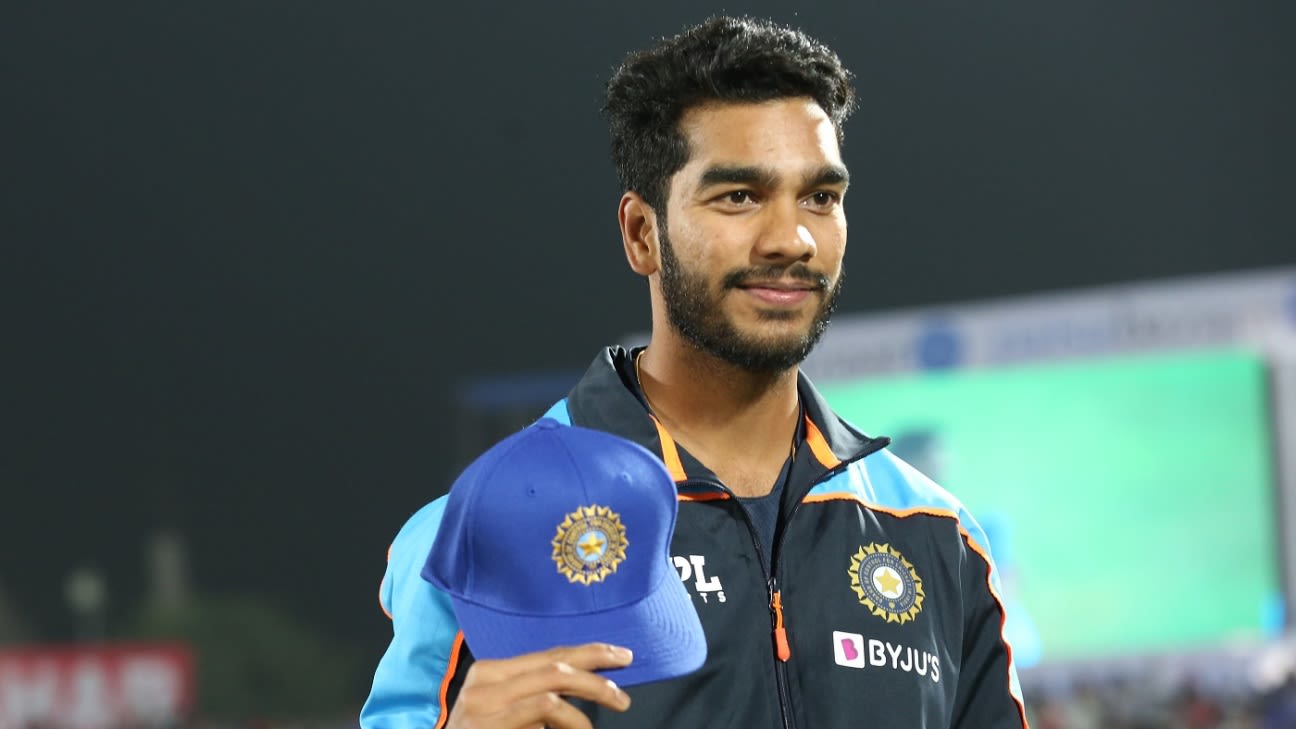 Temba Bavuma won the toss for the opening ODI of South Africa’s three-match series against India in Paarl, and chose to bat first on a hot day, on a pitch he described as dry. India’s stand-in captain KL Rahul said he would have batted first at Boland Park too.
Rahul had already stated that he was going to bat at the top of the order, which left one middle-order spot vacant, with Suryakumar Yadav and Shreyas Iyer the front-runners to seal it. India opted to go with Shreyas, who Rahul said would bat at No. 4, with debutant Venkatesh Iyer slotted in as the all-round option manning the lower middle-order alongside Rishabh Pant.

Rahul, who is leading the side with Virat Kohli being relieved of ODI captaincy and the new appointment Rohit Sharma out injured, said the past few days had been “emotional” for the team, given that Kohli had been the captain for such a long period and a lot of the current squad had made their debuts under him too.

South Africa were without Kagiso Rabada, who was withdrawn from the ODI squad on the eve of the game to manage his workload. With Rabada absent, there was a 50-overs debut for Marco Jansen, who had already had a hugely impressive debut Test series.

Both sides have opted to go in with two spinners, with Rahul already having indicated that the pitch might take turn. India have included R Ashwin – making his ODI comeback – alongside Yuzvendra Chahal. South Africa have the duo of Keshav Maharaj and Tabraiz Shamsi.

“The wicket looks a bit dry. So we’d like to make the best of the batting conditions,” Bavuma said. “Hopefully it slows up and the slower bowlers can get into the game. It (the Test series win) was a massive achievement for us and we’ll take whatever momentum and confidence we can, but have to make sure our basics are intact.”

Rahul said he hoped the new-ball duo of Jasprit Bumrah and Bhuvneshwar Kumar would find swing early on and make inroads into South Africa’s batting.

“We would have wanted to bat first as well. As a team I think we’re always ready to do both things. As Temba said, it looks a bit dry,” Rahul said. “With Bumrah and Bhuvi starting, if they can swing the ball and get a couple of early wickets, it’ll put some pressure on their middle order.

“The last couple of days and right after the Test was an emotional time for the team. Virat was our leader for such a long time, we’ve debuted under him and played under him. But he’s still here with us, so we’re excited.

“We want to try out a few things in terms of tactics or strategies. The individuals will not change much, we want to be stable with our XI. We are a team that is very calculative, we’re very strategic with our batting and bowling.”