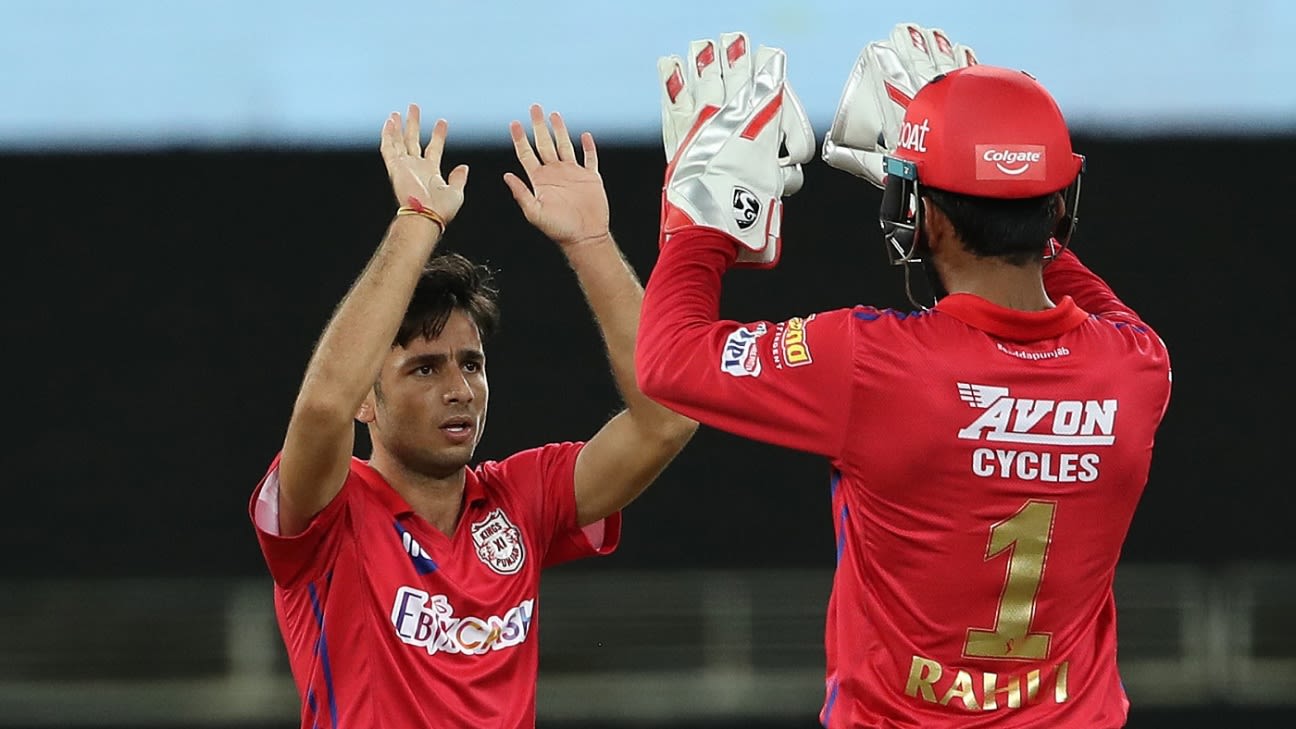 KL Rahul, who will lead India in the ODI series in South Africa, is one of the three players who have been picked up by the Lucknow IPL franchise; Australian allrounder Marcus Stoinis and uncapped Indian legspinner Ravi Bishnoi are the other two.

ESPNcricinfo understands that the Lucknow franchise will go into the February auction with a purse of INR 60 crore – Rahul cost them INR 15 crore, Stoinis INR 11 crore, and Bishnoi INR 4 crore.

Rahul, 29, was the first acquisition for the Lucknow franchise, which was bought for around US$ 940 million (INR 7000 crore approx.) last October by the RP Sanjiv Goenka Group. One of the most consistent batters in the IPL since the 2018 IPL, Rahul had earlier told his previous franchise, Punjab Kings, where he was the captain the last two seasons, that he wanted a change, and was subsequently released by the management.

After starting his IPL career in 2014 when he was bought by Sunrisers Hyderabad, Rahul was traded to Royal Challengers Bangalore in 2016 before the Punjab franchise (then Kings XI Punjab) paid INR 11 crore to buy him in the 2018 auction.

While the team has continued to fall short of expectations, Rahul’s form has soared. After four seasons with Punjab, Rahul signed off as the leading run-getter for the team, scoring 2548 runs at an average of 56.62 including 25 fifty-plus scores – two of them hundreds – in just 55 innings.

Rahul scored 26.52% of Punjab’s runs in that period, with season aggregates of 659, 593, 670 and 626 respectively between 2018 and 21, while averaging over 50 in each of those seasons. These are four of the five best season aggregates for any batter for the Punjab franchise in the IPL.

As for Stoinis, Lucknow will be his fourth IPL franchise. He had started in 2015 with Delhi Daredevils (now Delhi Capitals), where he returned in 2020 after being bought for INR 4.8 crore. In the 27 matches he has played for the Capitals, 32-year-old Stoinis scored 441 runs at a strike rate of 142.71 and picked 15 wickets. In between, he had also turned out for Punjab and Royal Challengers.

Bishnoi, who impressed with his performance in the 2020 Under-19 World Cup in South Africa, where he finished as the leading wicket-taker, was one of the most sought-after uncapped players ahead of this year’s IPL auction, with several franchises showing keen interest in him. That included Punjab, who had won the bidding war for him with Mumbai Indians in the 2020 auction to bag him for INR 2 crore.

Bishnoi then quickly became the lead spinner for Punjab, and took 12 wickets in 14 matches in his first season, and in 2021, he had 12 wickets from nine matches. Overall, he has an economy rate of 6.95.

The other new IPL franchise, based in Ahmedabad, named their three players of choice yesterday, picking up Hardik Pandya, Rashid Khan and Shubman Gill. With both the new teams finalising their players, the cap set by the IPL, the focus shifts to the auction, which is scheduled for February 12 and 13 in Bengaluru. The BCCI, however, is yet to formally inform the franchises about the dates and venue as it weighs in the pandemic situation across India.