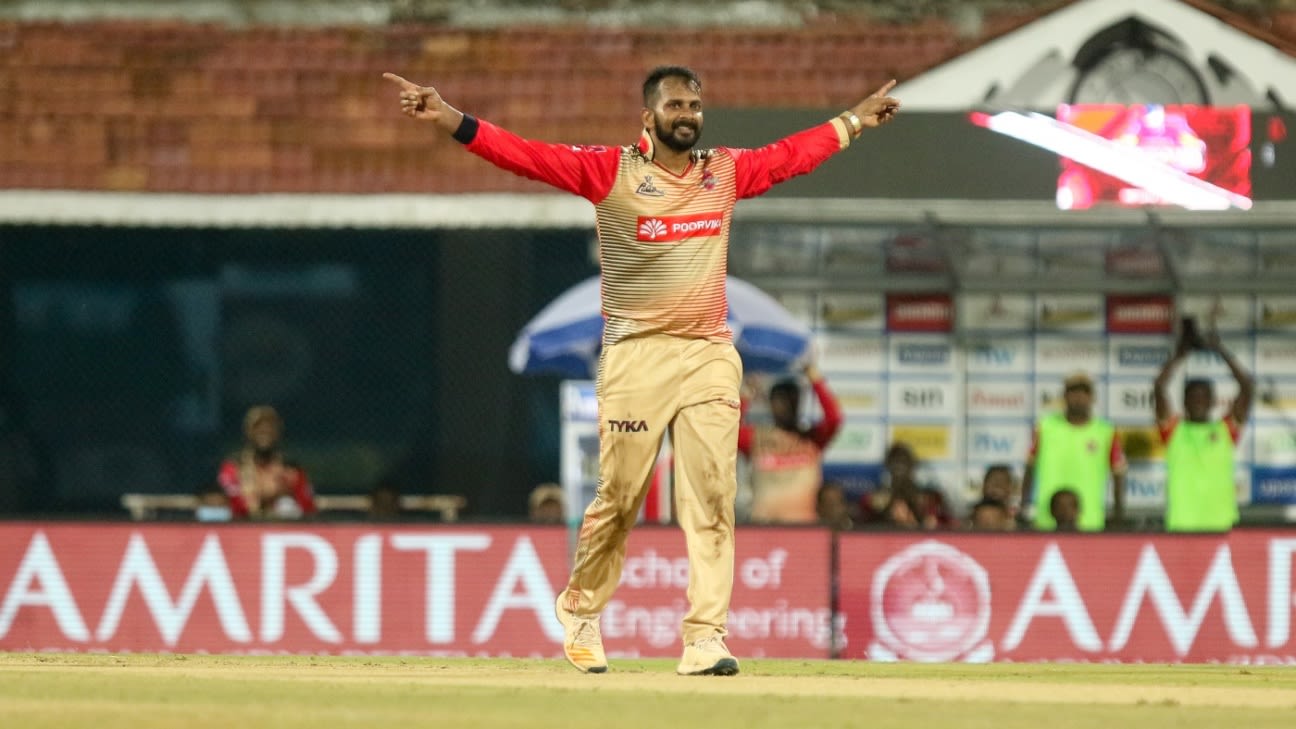 Former Tamil Nadu batter R Sathish has filed a police complaint in Bengaluru after being approached on social media to fix a match.

In the complaint, filed on January 14 and seen by ESPNcricinfo, Sathish has mentioned that on January 3 he was approached by a person named Bunny Anand, who “offered” the player INR 40 lakh (USD 53,000 approx) to “fix” a match. In the complaint, filed in the Jayanagar police station in Bengaluru, Sathish has also alleged that Anand told him “two other” players had “already agreed” to fix the match. The statement said that Sathish politely declined to entertain the offer.

Sathish also declined to respond to ESPNcricinfo when asked about which match or tournament Anand was referring to concerning the alleged fix. While Sathish, who turned 40 on January 14 (the day he lodged the complaint), last played on the Indian domestic circuit in 2017, he has continued to be an active player featuring in the 2021 Tamil Nadu Premier League, where he represents Chepauk Super Gillies.

Having received Anand’s message, Sathish is believed to have alerted all the concerned authorities, including the Tamil Nadu Cricket Association and the BCCI, before being advised by the board’s anti-corruption unit to approach the police. According to BCCI ACU chief Shabir Hussein Khandwawala, the board’s ACU officer B Lokesh facilitated Sathish in lodging the FIR. Khandwawala said that the BCCI had informed the ICC’s ACU. “For the offer made of 40 lakh in an attempt to fix the games, abetting a crime and thus cheat the game of cricket, the complaint is accepted,” the police’s first information report (FIR) said.

Sathish gained more prominence in the first half of the 2010s, when he featured in the IPL. In all, he played for three IPL teams. He was part of Mumbai Indians in 2010 and 2011, having been picked up after the players who had joined the banned and now-defunct Indian Cricket League were allowed back into the BCCI’s fold. He then played for Kings XI Punjab (now Punjab Kings) in 2013, and his final IPL stint was with Kolkata Knight Riders in 2016.