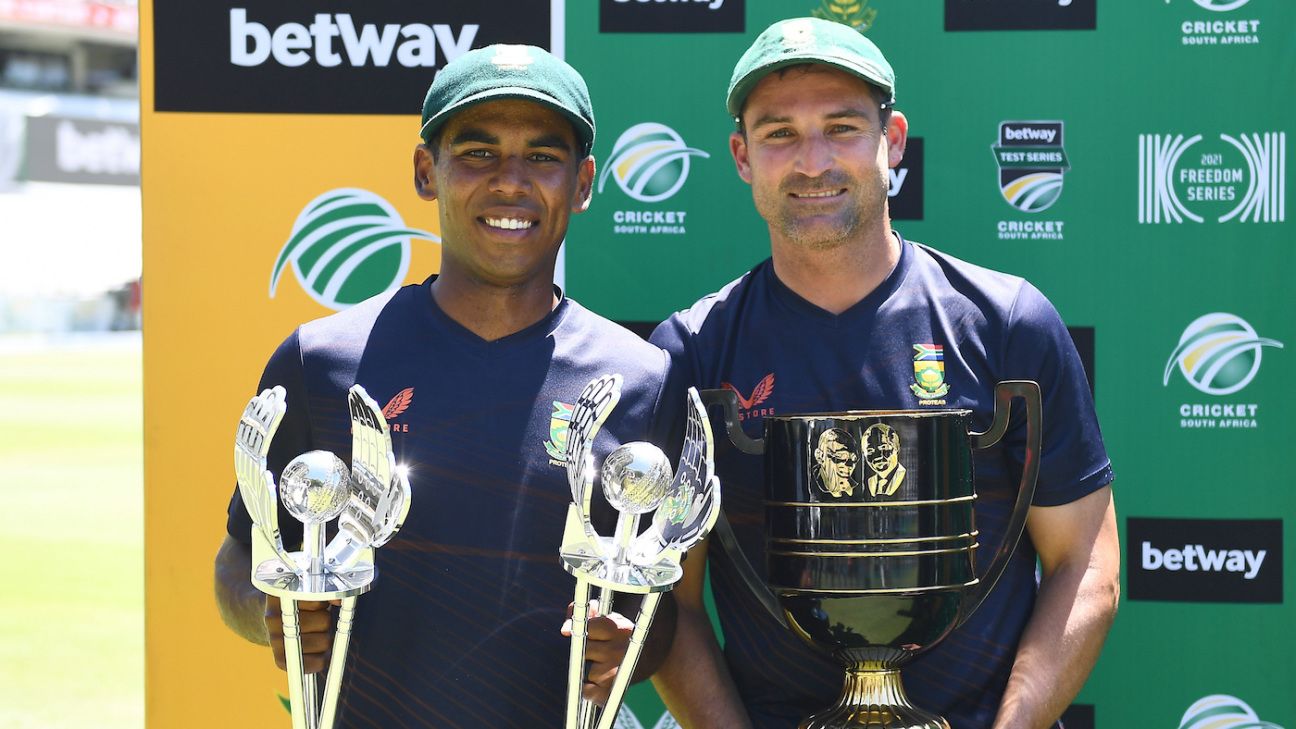 For Mark Boucher, the toughest thing about watching South Africa’s chase against India was that there was nothing he could do about it.

“As a player, you feel like the buck can stop with you. As a coach, your hands are tied behind your back. You haven’t got the chance to go out there and change the state of the game,” he said afterwards. “From a nerves perspective, it was up there with one of my more nervous days.”

Though South Africa have previously chased 236 at this ground (and it remains their highest successful here), that was a decade ago and Boucher was in that XI. He spent that innings while Graeme Smith, currently director of cricket, and Hashim Amla, who is now doing commentary, batted South Africa to a memorable win. This time, South Africa needed 24 fewer runs but did not have players of the experience of Smith and Amla in their line-up, so Boucher was careful with how much he believed.

South Africa’s inexperienced line-up were against the best Indian pace attack that has ever visited these shores on a surface with uneven bounce, but their hope was that the weather and the opposition bowlers’ workload in the series so far would help cause them to wilt. “It was really hot outside. We knew that the amount they bowled in the first innings (76.3 overs) would eventually play it’s part so getting through the first hour unscathed was very important. It just settles the change-room,” Boucher said.

Keegan Petersen and Rassie van der Dussen put on 47 runs in the first hour and though they looked like they might be dismissed at any moment, they weren’t. “I liked the intensity the guys batted with. We went out saying we’ve got to look to score,” Boucher said.

He was particularly impressed with Petersen’s performance, which ended with a career-best 82 and earned him the Player of the Match and Player of the Series awards. “Keegan probably didn’t start off as well as what he would have liked in West Indies. He didn’t start too well at SuperSport Park but he has always shown signs of the player we’re seeing right now,” Boucher said. “He just stuck to his guns.

Petersen did not bat South Africa over the line, though. That was left to van der Dussen and Temba Bavuma, who finished on 41 and 32 not out respectively. Bavuma was also at the crease when South Africa completed their chase at the Wanderers and even though he has still not added to his century-count, he has proved himself to have the temperament to take responsibility when its needed and is one-half of the leadership duo that is shaping the new-look South Africa.

“I believe we turned a corner quite a while ago. Our results have been pretty solid over the last six months to a year. We are in a good space at the moment. Our feet are firmly on the ground. We are by no means the finished product, but we’ll enjoy this win.”

“We’ve got Dean who led from the front. We’ve got Temba as the vice-captain, who is the same sort of fighter with the same spirit. When you’ve got two leaders like that, the guys are going to follow,” Boucher said. “Both of them stood up with regards to their own games. If you’ve got the fighters as leaders and they are prepared to show it with bat or ball, it’s probably going to be the character of the team.”

Asked if this series win represents a turning in the very long corner of losses, Boucher left it for all of us to decide. “It’s up to you guys to make that call whether we’ve turned the corner. I believe we turned a corner quite a while ago. Our results have been pretty solid over the last six months to a year,” he said. “We are in a good space at the moment. Our feet are firmly on the ground.

“We are by no means the finished product, but we’ll enjoy this win. This team is on their own mission. If people want to jump on the back of that, that’s great and that will be much appreciated. We’ve been through some tough times of late. The team is driven in a way that is pretty special. It’s a special change-room to be in. I am incredibly proud of where they’ve come from over a short period of time and the results are starting to come through, which is fantastic for everyone.”

Specifically, the way South Africa are approaching big moments has Boucher feeling as though he may not get the urge to go out there and change the state of the game himself again. “We played the pressure moments pretty well. We are not winning all of them but when we were losing a session, we were not losing it badly and that keeps us in the game. When we lost that first session in the first Test, we lost it so badly, we couldn’t get back into the game. Although we did try very hard, we probably lost too much in one session. Now, our guys are playing good pressure cricket at the moment.”

West Indies ‘batting quality not there’ – Phil Simmons
Rahul will open in ODIs against South Africa, Venkatesh Iyer to audition as fast-bowling allrounder
Present and future in focus as Hobart gets slice of Ashes history
Andy McBrine stars in thriller as Ireland clinch series
‘It’s certainly on the table’ – Starc contemplates return to the IPL