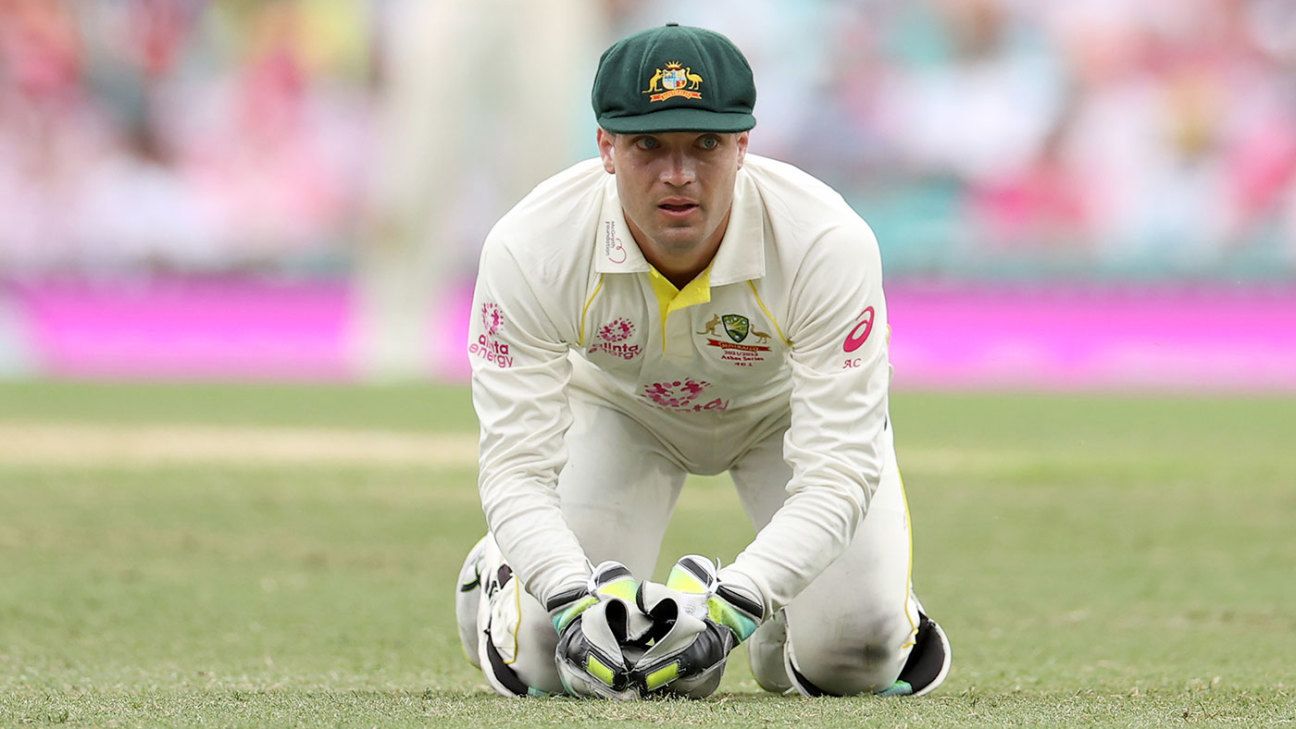 Australia are unlikely to rush into a change but a good match in Hobart would aid Carey, with Josh Inglis and Jimmy Peirson waiting in the wings

In an alternate universe, Hobart could have been the scene of Tim Paine’s final Test. However, having lost the captaincy before the Ashes and then having stepped back from the game, he is on holiday interstate and will not attend the historic occasion. Instead, Alex Carey, his replacement, enters the match as the Australian player most in need of a strong performance after a debut series that has perhaps still not cemented his place behind the stumps.

However, it is the work with the gloves which has brought the most scrutiny, with Sydney being a challenging match for him with two missed chances – both of similar fashion as he dived to his right, which followed a tough one he grassed in Melbourne and the edge off Jos Buttler in Adelaide that went between him and first slip. But his captain Pat Cummins, who has been the bowler for two of Carey’s missed chances, did not see cause for concern.

“Firstly on his batting, I probably haven’t helped him out declaring on him last game,” Cummins said. “The thing that is really consistent with Kez [Carey] is that he’s willing to do anything it takes to help out the team. He put himself out there at the Gabba batting in the second innings.

“Keeping, it’s his first year – it’s tough – he’s working really hard and we are super confident in him. Eight catches in the first game would be an incredible standard to keep that up. I’ve been happy. He’s been confident enough going for the balls that he missed early on in the series. [We’re] not worried – he’s class, has played plenty of games for Australia. We are really confident in what he can bring and think there’s been a lot of big positives, so the message to him is keep doing what you are doing.”

While Carey has not piled up the runs, his average of 15.71 is a little deceptive, having sacrificed himself for a first-ball duck in the second innings in Sydney – when Cummins then immediately declared – after Carey also volunteered to open in the Gabba chase and nicked behind. He played nicely for a maiden half-century in Adelaide which wrestled back the initiative, but three other first-innings scores of 12, 19 and 13 will be a frustration given he had managed to get himself in.

And commentating on Triple M during the SCG Test, former Australia wicketkeeper Brad Haddin pinpointed where he believed the issue about Carey’s came from.

“Technically, he had a bit of an Achilles heel this series, just low to his right,” Haddin said. “As the replay’s showing there now, he’s very flat footed when he goes… you’re meant to be pushing hard off that left foot. All he’s doing, he’s dropping his right leg to make way. He’s not getting any power to go and get power out of that left foot to go for that catch.”

“First and foremost, I think he needs to square himself up. He’s opening that front foot up too much. When the ball does go outside his eye line on the right, he’s turning his left shoulder and going side on, where you need to say work in a straight line across.”

The call before the Ashes had been between Carey and Western Australia’s Josh Inglis, who has since been added to the squad as Covid cover. Both are likely to be included for the upcoming tour of Pakistan, while Queensland’s Jimmy Peirson is another who has impressed in domestic cricket.

Meanwhile, Cummins was also delighted with so many of the squad having made contributions towards retaining the Ashes. Usman Khawaja made a remarkable return to the side with twin hundreds, Cameron Green has excelled with the ball and made runs in Sydney, Scott Boland and Jhye Richardson have taken five-wicket hauls, and Marcus Harris, who has been dropped for Hobart, made a crucial 76 two games back in Melbourne.

“When you look back at previous Ashes, it’s been Warner, Smith, Marnus, Joshy Hazlewood, Nathan Lyon, so it’s been great to have these other guys who have come in and felt comfortable enough that they can dominate straightaway,” he said. “Think that’s a real nod to the amount of talent we have around Australia in Shield cricket. It’s been really pleasing and shows we don’t have to be reliant on the same three, four players. Feel like anyone in the XI or the squad can be a match winner.”