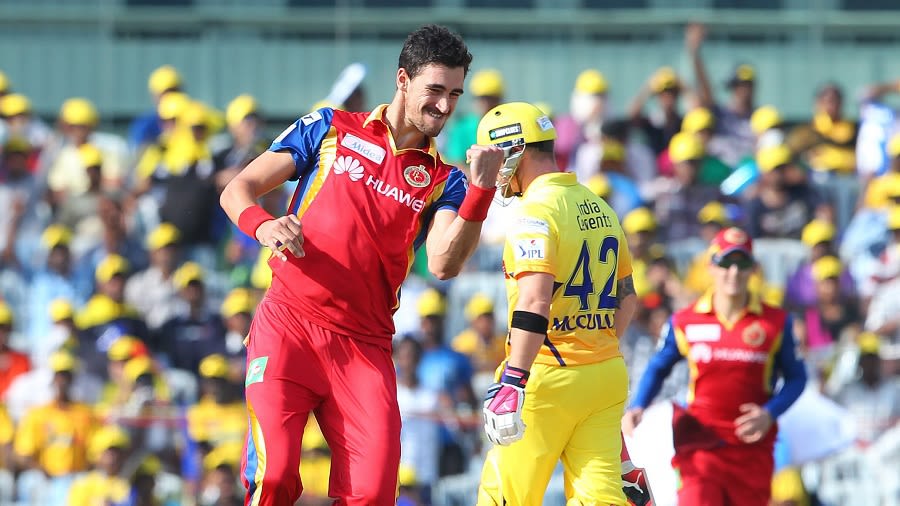 Australia fast bowler Mitchell Starc is contemplating a return to the IPL for the first time since 2015 as he tries to juggle Australia’s Test commitments on the subcontinent with preparation for the T20 World Cup title defence at home in October.

Speaking ahead of the fifth Ashes Test in Hobart, Starc revealed he was seriously considering entering the IPL mega auction, which is scheduled for February.

“I’ve got two days to get my paperwork in so that might be something I do today before training,” Starc said. “I’ve not put my name down just yet, but I’ve got a couple more days to decide on that. It’s certainly on the table, regardless of the schedule coming up. I haven’t been for six years or so.

“With obviously a heavy weighting towards T20s over the last period of time and the World Cup coming up later this year, that’s one to take into consideration.”

Starc has only played in two seasons in the IPL back in 2014 and 2015 for Royal Challengers Bangalore despite being one of the best and most valuable T20 bowlers in the world over the last seven years.

He took 34 wickets in 27 matches for RCB at an economy rate of 7.16 and a strike-rate of 17.0. As a multi-format player for Australia Starc has opted to use the IPL window in the April-May period each year to rest and recover and also spend time with his wife, Australia’s women’s wicketkeeper-batter Alyssa Healy, given the pair are separated for large portions of each year due to their respective playing schedules.

Starc has plenty to consider from a workload perspective. Australia has a three-match ODI series and one-off T20I at home against New Zealand that follows the Ashes, and then a five-match T20I series against Sri Lanka in February. The Test team is then scheduled to go to Pakistan in late February ahead of three Tests in March, followed by three ODIs and one T20I finishing on April 5.

The IPL has expanded to a 10-team competition in 2022 with each team now set to play 18 home and away games plus finals meaning the tournament will run from April into early June.

Australia are also scheduled to visit Sri Lanka for a Test and limited-overs tour in June and July meaning there will be no break until August for any multi-format player opting to be involved in the IPL.

The Pakistan tour is a topic of conversation among the players after they were briefed by Cricket Australia and the Australian Cricketers Association about the trip this week.

“The schedules are quite jam-packed, when you throw in all the tours, obviously we’ve got a couple of white-ball series post the Ashes before that Pakistan tour,” Starc said. “Then you take in consideration the IPL, then a Sri Lankan tour after that, so it’s a massive six months of cricket for everyone, but certainly for those multi-format players. We had a bit of a briefing the other day about the upcoming tour. I think it’ll take some time for all players to process that information. And then obviously, we’ve got a Test match this week to play and perform in and then we’ll move on to what comes next.”