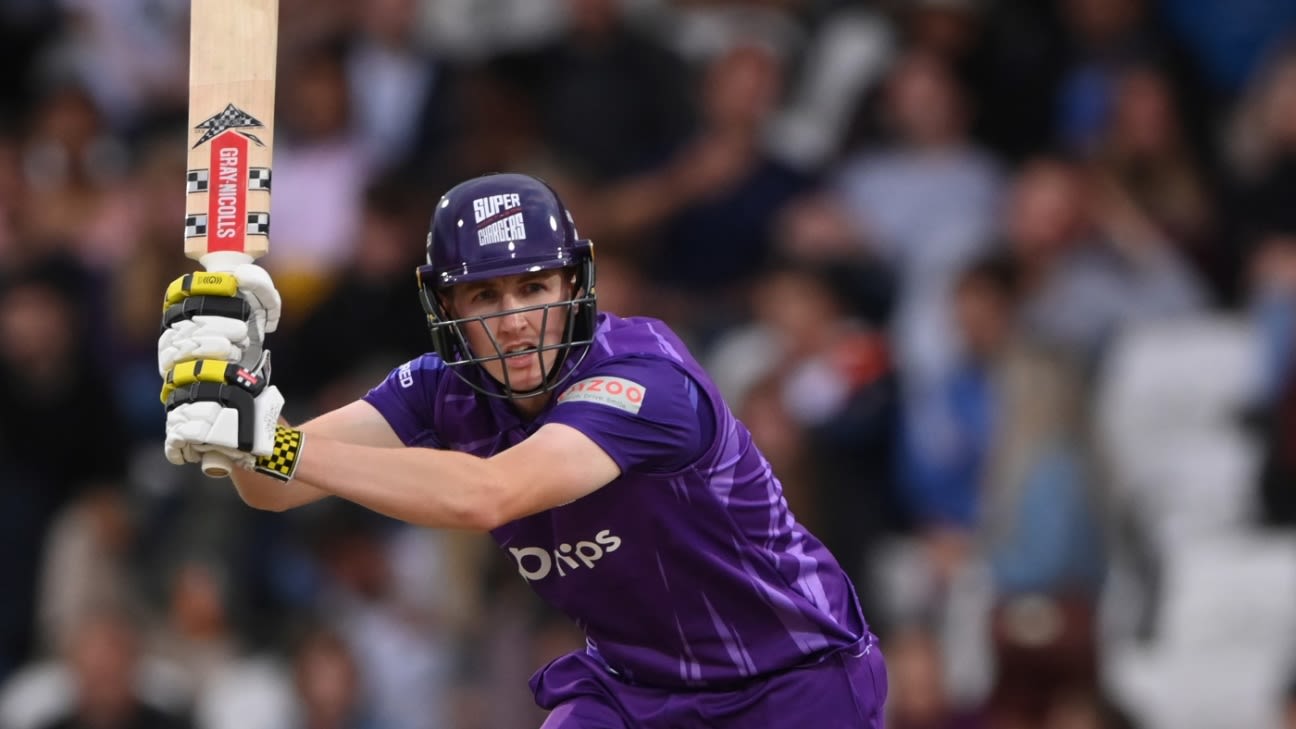 Brook, who turns 23 next month, was named as both the Cricket Writers’ Club and the PCA’s Young Player of the Year for 2021, after a haul of 1,286 runs across all formats last summer, including 486 runs at 69.42 in the Vitality Blast and a further 189 in five Hundred innings for Northern Superchargers. He was also Yorkshire’s second-leading run-scorer in the Championship, with 797 at 37.95, including two hundreds.

He has spent the winter in Australia with the England Lions and, latterly, Hobart Hurricanes in the Big Bash League, where he has struggled to replicate his home form, with a total of 44 runs in seven innings, including a best of 22 from 20 balls against Brisbane Heat on New Year’s Day. He is set to return to UK before flying to Barbados.

Billings will miss at least the first T20I due to his Test call-up, but remains part of a 17-man squad for the series. In his absence, Tom Banton and Phil Salt are England’s wicketkeeping options for the start of the series.

The majority of England’s first-choice coaching team are in Australia for the Ashes, with the Hobart Test scheduled to end four days before the first T20I in the Caribbean. As a result, the ECB advertised for coaching roles on a temporary basis last month.
Chris Silverwood, England’s permanent head coach, has regularly missed limited-overs series since his appointment in late 2019. With his job at risk following the heavy defeat in the Ashes, a series win would be seen as a strong audition from Collingwood to succeed him – particularly if the ECB opt to split the role between red- and white-ball cricket.

McGrath, the Essex head coach, and Richardson, Worcestershire’s assistant coach, have worked with the England set-up before, standing in during the ODI series against Pakistan last summer following a Covid-19 outbreak among the first-choice squad and backroom staff. Tweddle, the Somerset assistant coach who stood in as head coach during the Royal London Cup, will be working with England for the first time.

England fly to Barbados on Saturday, January 15, ahead of the first T20I exactly a week later.