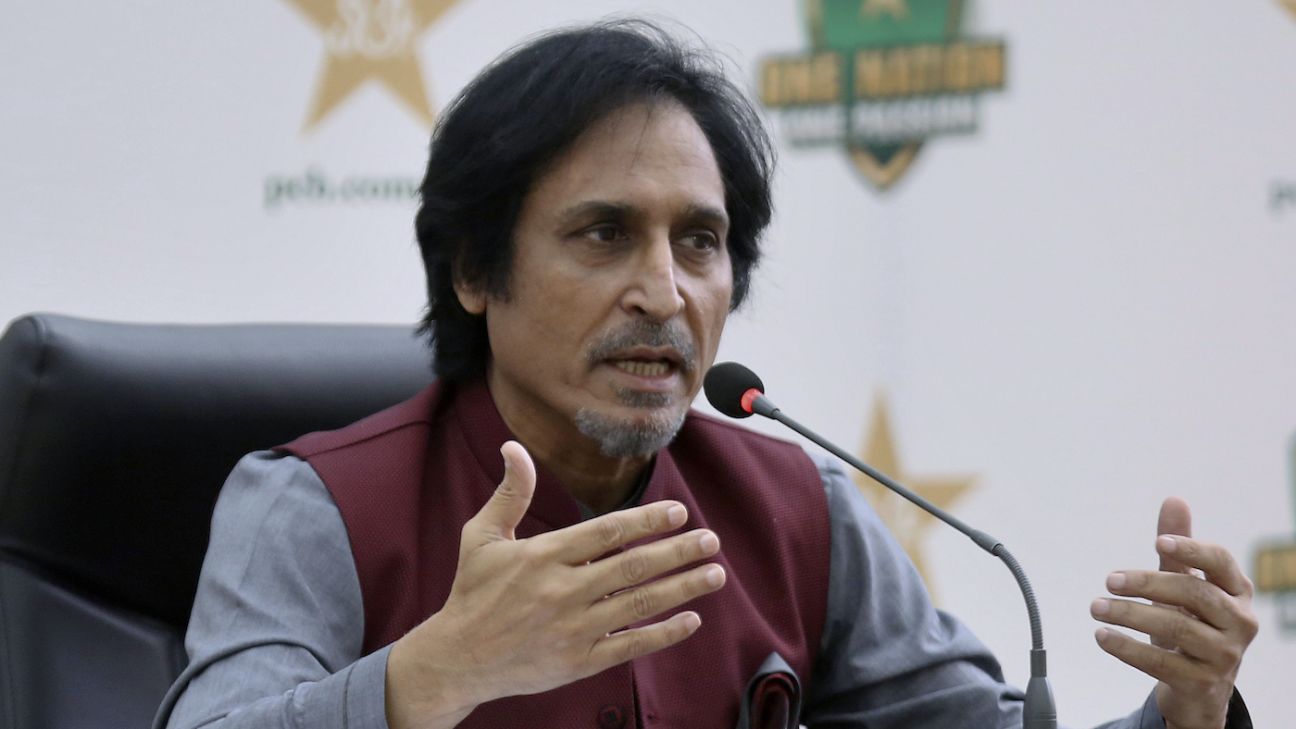 The PCB chairman Ramiz Raja wants to pitch a quadrangular T20I tournament that sees Pakistan play India, England and Australia – the three big powerhouses of cricket – annually. He is set to present the idea at the next ICC board meetings in March, arguing that bilateral series in the format were financially draining, and such a tournament would be a way to generate more revenue from them.

“My view is that a new structure based on pooling and sharing of income should be formed,” Ramiz told ESPNcricinfo. “The idea is to register a company that works under the ICC and has a dedicated Chief Executive Officer regulating the entire financial model, with the income divided among all the members. There are numerous rivalries like Ashes, Pakistan-India rivalry so it can’t go wrong when four T20 sides come and play each other. We need to whet the fans appetite as they are getting fatigued, and we need to create something outside the FTP.”

He posed the idea on Twitter on Tuesday, indicating that he decided to approach the ICC for a Super Series involving India, Pakistan, Australia, and England. He explained the idea was similar to the rugby union model which sees six European nations play each other annually in a competition called the Six Nations. “I am not a big fan of bilateral T20 series as T20I cricket needs a new life amid the challenges around franchise cricket. Playing five bilateral T20Is is tedious, but if three or four nations play each other rather than bilateral series, that has a massive potential in term of generating revenue. It’s not like we need to create a parallel body like the Big Four, but it’s about generating interest and the income can go to the other boards too.”

From April this year, a four-step qualification process for the T20 World Cup in Australia later this year will begin, culminating with a 16-team global qualifier which feeds into the main event, and will include Sri Lanka and West Indies; but most of the other T20I cricket played by Full Members will be bilateral and, essentially, preparation for the main event in Australia.

The idea may appear attractive on paper, but practically bringing India and Pakistan together to play outside ICC and ACC (Asian Cricket Council) events has its own complications. There are longstanding tensions between the two countries who have not played a bilateral series in nearly a decade. However, the commercial appeal of India-Pakistan games – when they do happen – remains unparalleled, with ICC contests between the two sides regularly drawing hundreds of millions of global viewers.

There was a similar model proposed back in 2019 when newly elected BCCI President Sourav Ganguly revealed plans for a ‘Super Series’ with England and Australia. The proposed tournament — with a fourth team being a rotating participant – was originally scheduled to start from 2021. Ramiz said he wasn’t aware of the previous idea, but he plans to pitch this one soon.

“We want to move forward,” Ramiz said when asked if this idea would be hindered by the politics between India and Pakistan. “Look at the numbers from the T20 World Cup. When Pakistan plays India the world stops to watch and it’s a great spectacle. We have to see what fans want and we have do what is right. We have to talk about this and elaborate what we want to do. There is a potential discussion in the works that I want to table to the ICC and see how it goes.”