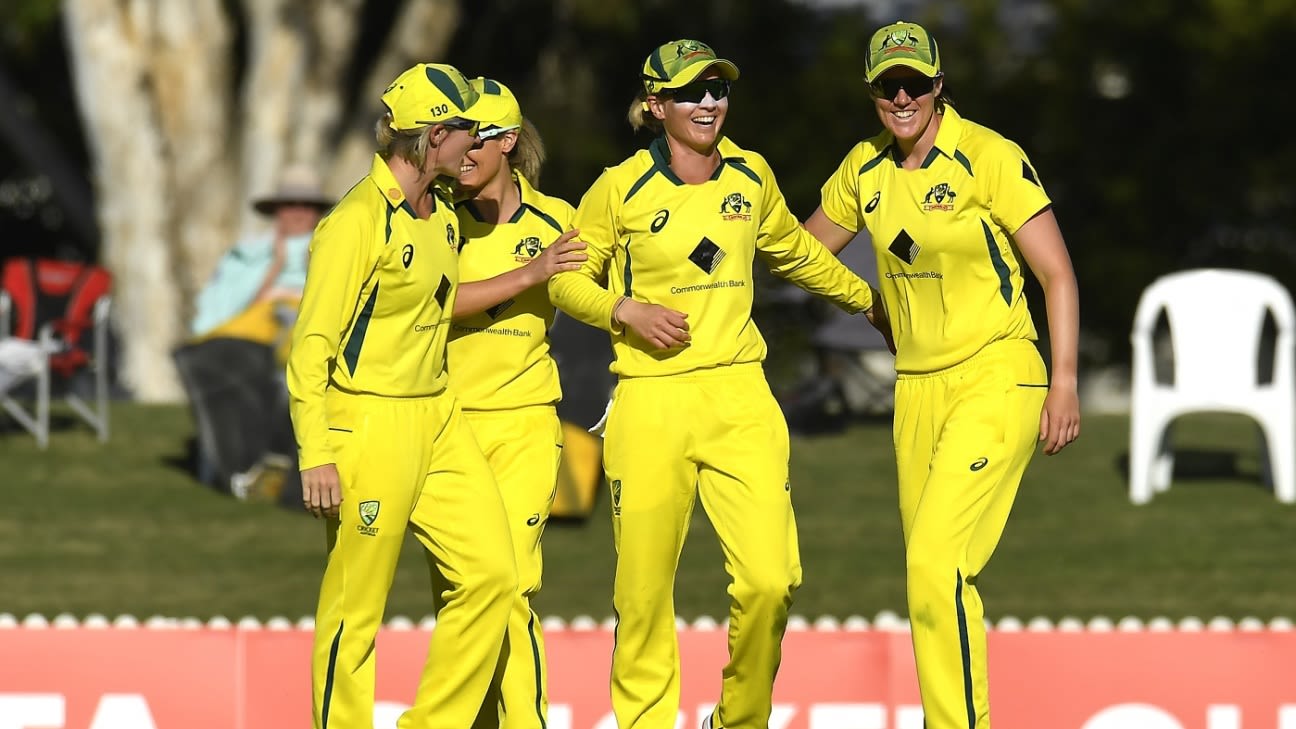 Australia’s players are willing to do whatever it takes to ensure the Women’s Ashes runs safely and ensure no one misses the ODI World Cup amid the Covid-19 cases that have exploded over the last month.

The squad will be back under tight biosecure restrictions during the multi-format contest – the schedule for which was recently amended – but there remains the risk that if a player catches Covid towards the end of the series that they would miss the World Cup, starting March 4, due there being only one opportunity for the group to travel to New Zealand.

Australia’s players, who are split across 15 in the main Ashes squad and 15 in an Australia A group, will start arriving in Adelaide from Thursday with the whole group assembled by January 17 leaving just three days to prepare for the first T20I.

Restrictions on what they can do are expected to be tighter than the men’s Ashes which has operated at Cricket Australia’s level four protocols with players largely confined to their hotel outside of matches.

“In order to get the Ashes up and running we do need to follow some protocols and try and keep everyone as safe as possible,” captain Meg Lanning said. “We are certainly willing to do that and do whatever we need to to get the games up.

“Heading into this bubble the risk of catching Covid is significantly increased than what it perhaps was even six months ago. That is a slight difference heading into this series and that World Cup on the back end is something everyone wants to be a part of and certainly doesn’t want to miss.

“There is, I guess, that little bit of nervousness but having chatted to the medical staff and all the support staff they are putting everything in place that’s possible to keep the bubble very secure and minimise the risk of getting Covid. Very confident that everything is in place that needs to be and hopefully everyone can stay safe.”

Already one player has been caught up in Covid with Katie Mack, who is part of the Australia A squad thanks to an outstanding season for Adelaide Strikers, isolating for seven days after her partner tested positive. Mack is currently awaiting her PCR result and if she remains negative during isolation is hopeful of still joining the squad for the T20s against England A with the worst case being she will only be able to play the ODIs next month.

“I’d feel pretty lucky if I could still get there and play all the games, that’s the best-case scenario,” Mack said. “Worst-case scenario is I test positive in a couple of days and have to do [another] seven days isolation from there. It’s not ideal, but Covid’s not ideal in anyone’s life at the moment, so it would be pretty hard for me to say I’ve got it tough.”

Australia’s selectors are planning for the possibility that Covid will hit the Ashes in some form with players in the A squad on notice that a call-up may come at any time. Still, on a day-to-day basis the squads will be kept separate to minimise the risk if a case emerges.

Covid has had a significant impact on the women’s game in recent weeks with a raft of postponements in the WNCL which has limited players’ preparation ahead of the Ashes although Lanning believed it was a prudent measure not to carry on with those matches.

Lanning herself opted to take a break after the WBBL knowing that this intense period of cricket with the Ashes and World Cup lay ahead. With a return to bubble life, which players had hoped was behind them, she is pleased she took the chance to step away.

“I felt after WBBL that a break would benefit me a lot and having come back to training it has done wonders,” she said. “It’s not ideal to miss games but think the timing of that was perfect for me, to mentally more than anything switch off.”