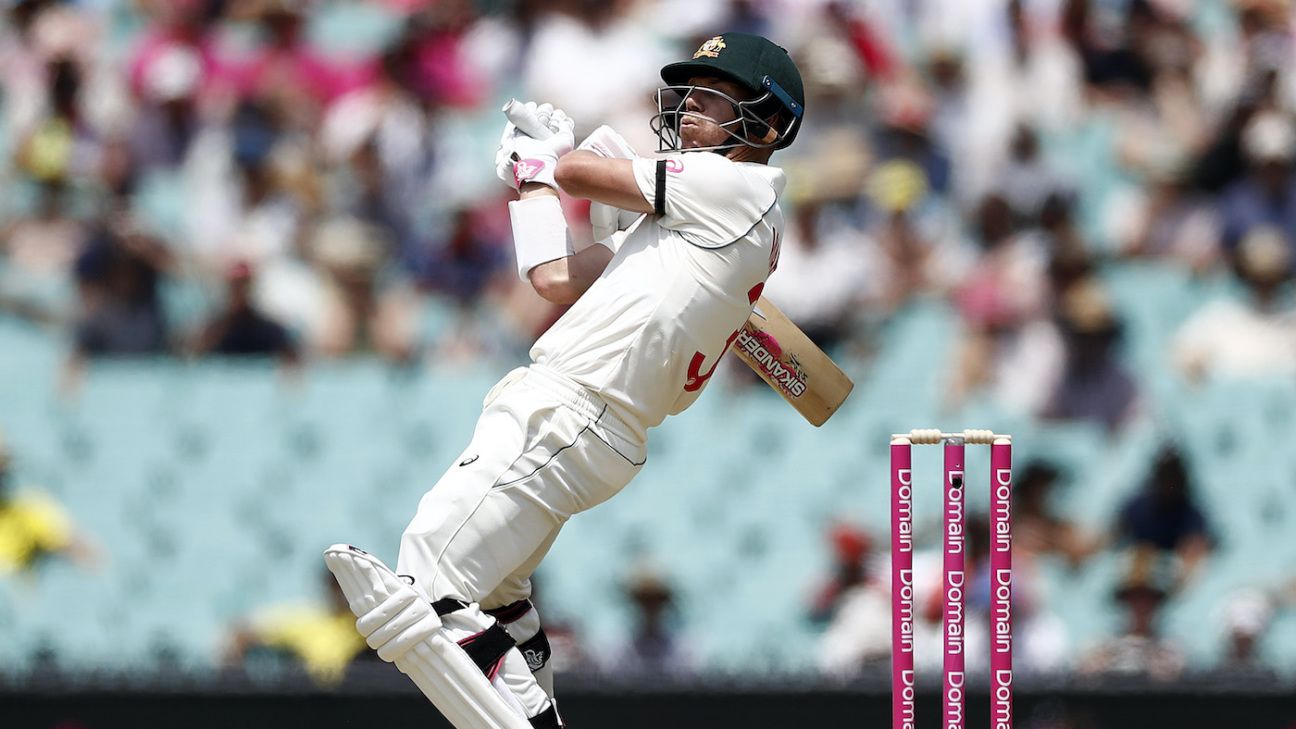 “I’ll never forget the four fours he hit in a row against Morne Morkel at Port Elizabeth,” Rogers told ESPNcricinfo.

It was the second Test in the tight 2014 series. Australia needed 448 in the fourth innings to win the series 2-0. They were 0 for 37 in the 11th over when Warner unleashed on Morkel. He thrashed a 144kph back of a length delivery through point. South Africa’s captain Graeme Smith sent point to the rope. Morkel delivered the same ball and Warner smashed him forward of point to beat the man in the deep for four more. Morkel then changed the angle and went around the wicket. Again he delivered a ball back of a length, climbing outside off, and Warner stepped back and across and hit in Rogers’ words a “half pull, half back foot punch through midwicket.” Morkel went back over the wicket only to see his fourth ball fly fine of gully for four in a row. Australia would go on to lose the game, but they won the series, as Warner was in the midst of a string of consecutive Test scores of 115, 70, 66, 135, 145, and 133, all away from home.

“Morne was not bowling medium pace either and he’s nearly seven-foot tall,” Rogers said. “It was just…it was some of the best batting I had ever seen. At that stage, he had this ability to pick up the length. That’s probably what separates him from others.”

There will be those who point to the fact that the batter Rogers is describing is nearly eight years removed from the man who just turned 35 over a month ago.

Father time is undefeated and opinions have been cast about how George Bailey and Australia’s selectors may have a tough decision to make on Warner sooner rather than later. How the frantic search for a player to partner Warner might not be the biggest elephant in the room, but rather, Warner’s form itself.

Australia’s selectors have a problem for sure. But it is not about Warner’s form, it is replacing him in the long term whenever he does finish playing.

Never mind his player of the tournament performance at the T20 World Cup. Test match openers with 7000 runs at an average 48 and 24 Test hundreds don’t grow on trees. You can’t just order one for Christmas, let alone two.

Only four men in the history of the game have scored more Test centuries opening the batting, Sunil Gavaskar, Alastair Cook, Matthew Hayden and Graeme Smith. Warner’s average is within two runs of the best of that group, and his strike-rate is in a different sphere.

“Without a doubt, he’d be among the most talented players I have batted with,” Rogers said. “And I’ve been lucky enough to bat with some good ones. But he definitely stands out from that point of view.

“It was almost like a mark of respect for him because they knew that he could ruin the game within a session. Whereas the guy down the other end, they were comfortable that he would have to bat two or three sessions or more to change the game.

“But David could turn the game just like that. So, it was one of the benefits of batting down the other end with him. It was almost like you didn’t exist.”

But the questions have started about what he has left. He was prolific during the 2019-2020 home season where he averaged 131.00 with three hundreds including the career-best 335 not out against Pakistan. Since January 2020 he has played just two Test matches, and he did so with a damaged groin against India that had not fully healed.
However, it’s the spectre of Stuart Broad and the 2019 Ashes hangs over him. While Steven Smith won back hearts and minds with an Ashes for ages, Warner averaged 9.50 for the series with Broad removing him seven times.

“Broad’s always been a bit of a bogey,” Rogers said. “And what people don’t understand, I found Broad really difficult as well. Somehow he would scramble the seam and even though it looked like he was shaping the ball one way, it wouldn’t always come out that way.

“There were times when I thought the ball was going to swing out and it would dart back in. It was really hard to line up.

“We’re not overly sympathetic of guys at times. Once you get to a certain level of performance, it’s not automatic that you’re going to stay at that level. You’re going to go in and out of form.”

As Warner proved in the World Cup, form is temporary and class is permanent. His axing by Sunrisers Hyderabad in the IPL fueled his motivation to solve the problem of his lack of runs.

“That’s probably one of the things I was most impressed with, how good a problem solver he is,” Rogers said. “I just expected him to have the attitude that, ‘I’m going to take down everyone’. But I would have conversations with him where you could see him think his way through situations.

“That seems like it should be pretty obvious, but it actually isn’t. Some guys would always have the mindset of ‘see ball, hit ball’, and that’s how they always played, but the best are not like that. The best are the ones who will manage the waves of the game and he would do it.”

Finding a permanent partner for Warner in recent years has been hard enough, let alone a replacement. The likes of Joe Burns, Matthew Renshaw and Cameron Bancroft have all had multiple cracks at it without cementing their place. Marcus Harris gets another chance this series but there are question marks over him given he averages 23.77 in 10 Tests. Since Warner’s Test debut no Sheffield Shield opener has scored more runs or centuries than Harris and only four men globally have scored more first-class runs in 2021.

Even when Warner has been absent, during both his ban and his groin injury last summer, such has been the distrust of the potential candidates in Shield ranks, he has been replaced by the likes of Aaron Finch, Usman Khawaja and Matthew Wade who either had little recent experience opening at first-class level, or none at all in the case of Wade. Will Pucovski, who walked out alongside Warner last summer in his Test debut in Sydney, had opened in just five first-class innings prior to his selection.

Australia’s selectors have turned to Henry Hunt and Bryce Street as the Australia A combination to face England Lions this week. Both are specialist openers who have shown exceptional fighting qualities in their short first-class careers to date. But neither average yet average 40, let alone 48. It might be easier to find a needle in a haystack than Warner’s long-term successor.

“It’s a bit like when Gilly finished,” Rogers said. “Watching him go out and take down some of the best bowlers in the world against the new ball is extraordinary because everyone wants to be able to do it but you can’t do it.

“There are very, very few people who have been capable of that. Obviously, Hayden did, but that came with his size and his brute strength. In Australian conditions, most guys have got to grind their way through.”

One thing is for certain, Australian fans need to appreciate Warner while he is here. Because sometimes you don’t know what you’ve got until it’s gone.