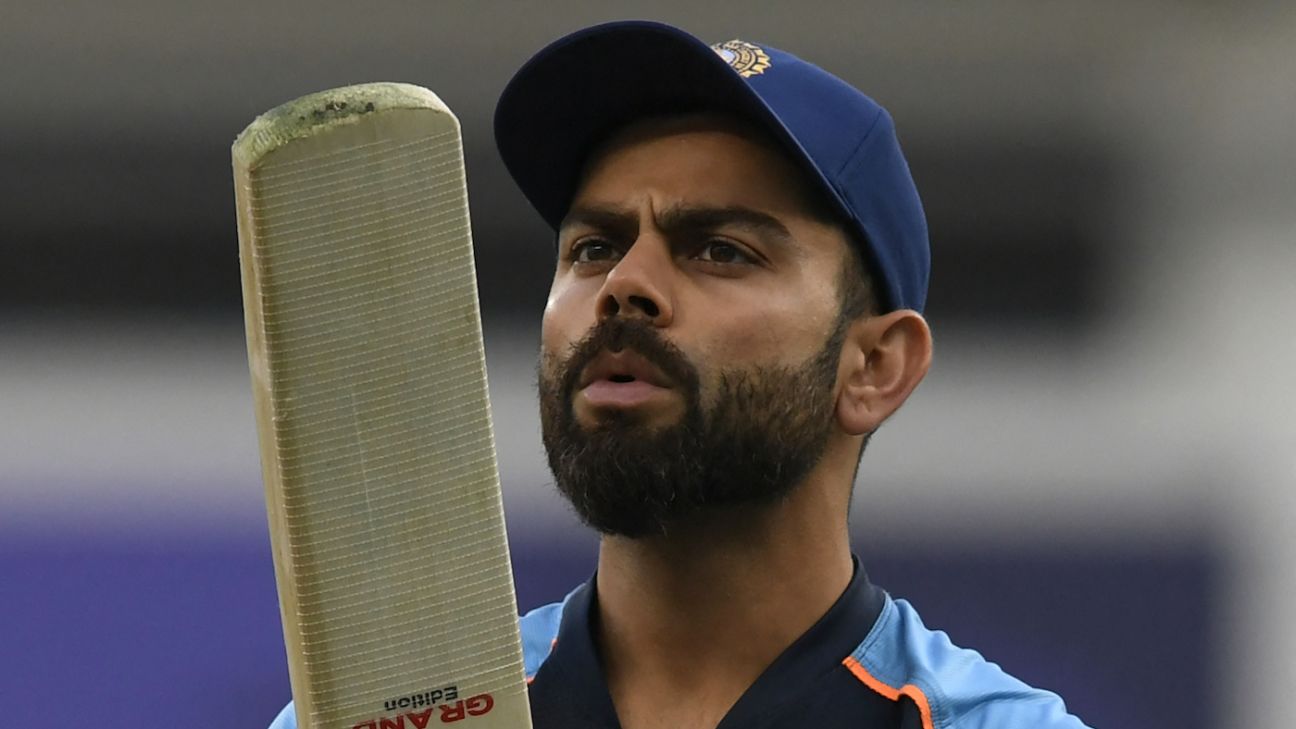 New Zealand’s Test tours of India over the years have been rather one-sided; the closest the visitors came to a series win was in 1969. However, they’ve always shown signs of competing well, even if they haven’t gone on to win. Having fought their way through to eke out a draw in fading light in Kanpur, a series win isn’t beyond them, even if history may be against them.

Unseasonal rains have hampered much of the lead-up to this Test. While India trained at the Mumbai Cricket Association’s indoor facility at the Bandra Kurla Complex, New Zealand opted for some much-needed rest for the two days they’ve been in the city.

Kohli may have not played any competitive cricket during his three weeks away, but he was spotted at the CCI nets, working with former batting coach Sanjay Bangar.

One thriller in, you can’t help but think why this India-New Zealand series, a contest between the top two Test sides, is a two-match series. But in these Covid times, short tours are perhaps a blessing for the players as most of them have been on the road for the better part of the last five months. One final bout then for these two sides, whose rivalry is fast becoming an intriguing one.

Wriddhiman Saha has had to make peace with being India’s second wicketkeeper, behind Rishabh Pant. But at 37, he isn’t getting younger. A stiff neck in Kanpur allowed his replacement KS Bharat to make a case for himself, and he did an outstanding job. Saha the batter has also struggled lately, but his fighting second-innings fifty in Kanpur may have given him some breathing space even as the case for a younger understudy to Pant grows by the day. If he gets another crack, Saha would want to show why he’s still the best gloveman in the country.
Ajaz Patel will be playing in front of his parents and extended family for the first time, in an away Test at “home”. How’s that for a setting? The left-arm spinner batted out of his skin, along with Rachin Ravindra, to save New Zealand the Kanpur Test but it’s his primary skill with which he’ll want to make a statement.

Kohli’s return leaves India with a selection headache. How do they leave out Shreyas Iyer after his Kanpur efforts? Do they drop Rahane? Or do they try to find a stop-gap solution by leaving out Mayank Agarwal, as harsh as it may be on him? Also, do they bring in a fitter and faster Mohammed Siraj for Ishant Sharma? Decisions, decisions. There’s no way we’re finding the answers until the toss.

New Zealand may consider playing an extra seamer on a red-soil surface that aids bounce and carry. If so, it could potentially come down to Neil Wagner, the workhorse, replacing offspinner William Somerville.

Kohli believes it’s a typical “Wankhede wicket” that will have bounce and carry thanks to a red-soil base. Rain in the build-up could mean it may not be as dry as you’d expect an Indian pitch to be.

“We have explained it to the individuals, and they have understood the mindset behind going in with a certain combination. It is not a difficult thing to do when there is collective trust and belief in the group that we are working towards the same vision.”
Virat Kohli on India’s tough selection calls

Elgar on DRS drama: ‘India forgot about the game and that played into our hands’
Lungi Ngidi: We are a team of ‘good cricketers without superstars’
Aussie quicks rout England under lights to win Ashes 4-0 | Men’s Ashes 2021-22
Connolly confident despite ‘reality check’ in warm-up defeat against India
Travis Head leads Australia counter after England start fast in Hobart