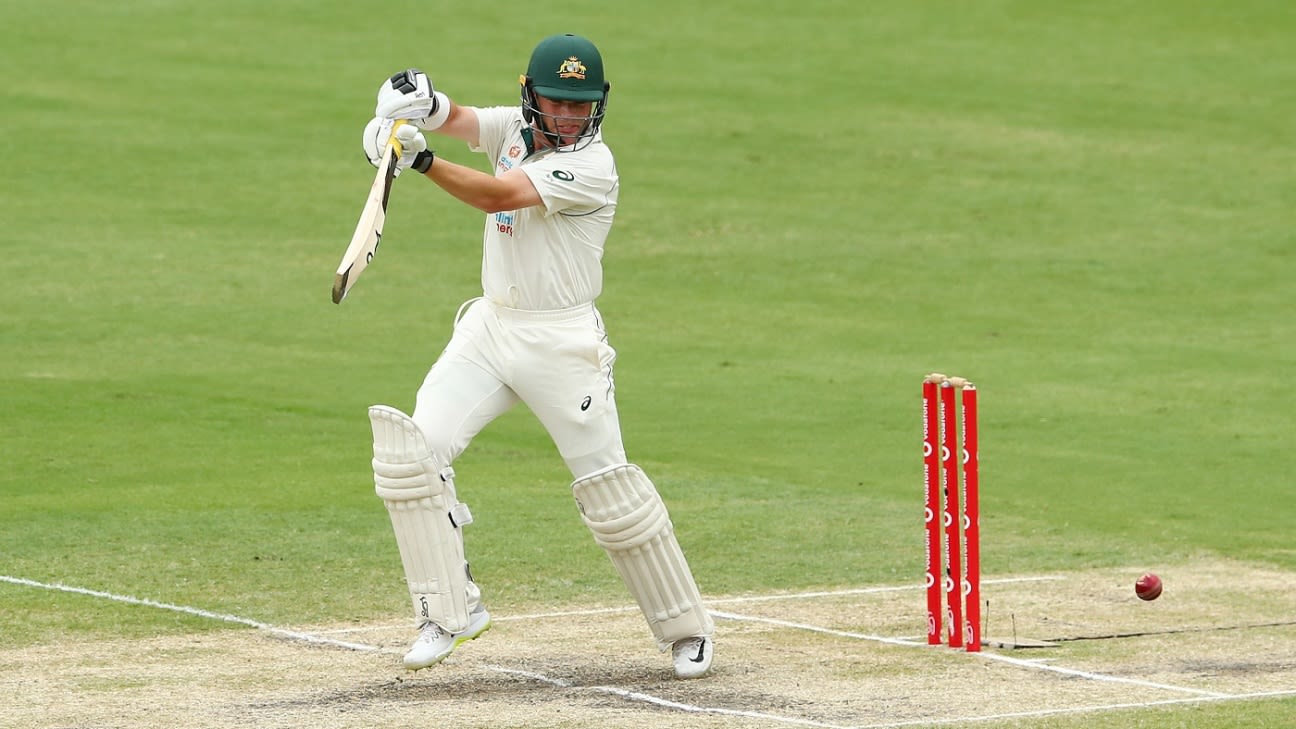 Marcus Harris is grateful for the vote of confidence from national selector George Bailey early in the season which ensured he was locked in as David Warner’s opening partner for the start of the Ashes.
When Will Pucovski’s latest concussion ruled him out of contention there was debate around who would go in alongside Warner at the Gabba – even though Harris was the incumbent from the India series in January – but he had been given the nod by Bailey a few weeks before the squad was confirmed.
Harris made a century in the first Sheffield Shield match of the season against New South Wales, and though he failed twice in the return game at the MCG he is also coming into the Ashes on the back of a strong overseas campaign with Leicestershire.

“I probably spoke to Bails [George Bailey] about a week before we went away to Sydney for the first Shield game,” Harris said. “We just had a really good conversation. It was just good to have some clear communication with a selector about what I was doing and what was in their thinking for me.

“It’s good for your confidence as a player to know where you stand and having the backing of people is really good. It puts your mind at ease a little bit, your mind can run obviously coming into a big series on the Ashes with the amount of attention that’s brought to it, so to not have to worry about that for probably a month leading into the first game has been pretty good.”

Bailey also said that Harris, who averages 23.77 from 10 Tests, would be given a run in the role as Australia look to cement an opening pair – at least for the remainder of Warner’s career. The duo had a rocky start against England in the 2019 Ashes when the round-the-wicket line of Stuart Broad caused a mountain of problems, but they added 89 in the second innings against India in Brisbane earlier this year.

“David brings a lot of energy to the crisis and to the partnership,” Harris said. “Obviously for a long period of time, he’s dominated world cricket. So he takes a lot of pressure off, you don’t feel any pressure to score. I know we had a tough series over in England but in the second innings against India we put on 80 or 90.

“Anytime you can play with another player that takes a lot of pressure off you it makes your job a bit easier. Hopefully we can forge something pretty good – we’ll get through this summer first – but over the next period of time.”

Harris feels better equipped for his latest run in the Test side after the challenges of the series in England two years ago where he replaced Cameron Bancroft after two Tests. It remains to be seen if England’s quicks can pose the same challenge in Australian conditions as they did at home, but Harris is confident he can respond.

Harris had shown significant promise in his debut series against India in 2018-19 with two half-centuries and his averaged peaked at 37.75 after five matches before tumbling to its current level. He has always had the ability to bat time at domestic level – his maiden first-class century of 157 in 2011 came from 411 balls and shortly before his debut in 2018 he made a career-best unbeaten 250 from 403 – but he now feels he has struck a better tempo.

“My initial idea of trying to get through the 20s was to dash as quickly as I could, but as I’ve got a bit older and more experienced I just let the game come to me a little bit more and let the bowlers come to me a bit more.

“That probably comes back to just having a hunger for making a lot of runs, making big runs and having patience. In the first Shield game I think I’ve faced 360 balls so it’s not being satisfied with making 50 or 100. Through the off-season I had some really good innings where I made some big hundreds and over the last couple of years have made a couple of 200s. It comes back to having a bit of a bit of self-motivation and drive to do really well and lead from the front of your team.”

Fifth Ashes Test moved out of Perth, likely to be either Hobart or Melbourne
India to tour SA for three Tests, three ODIs in rejigged tour; T20Is postponed
Pooran, Hope to lead West Indies in Pakistan after injury forces Pollard out
Alex Carey ready if Test debut comes: ‘I’ve done what I can…hope for the best’
Michael Holding calls for more sportspersons to speak out against racism