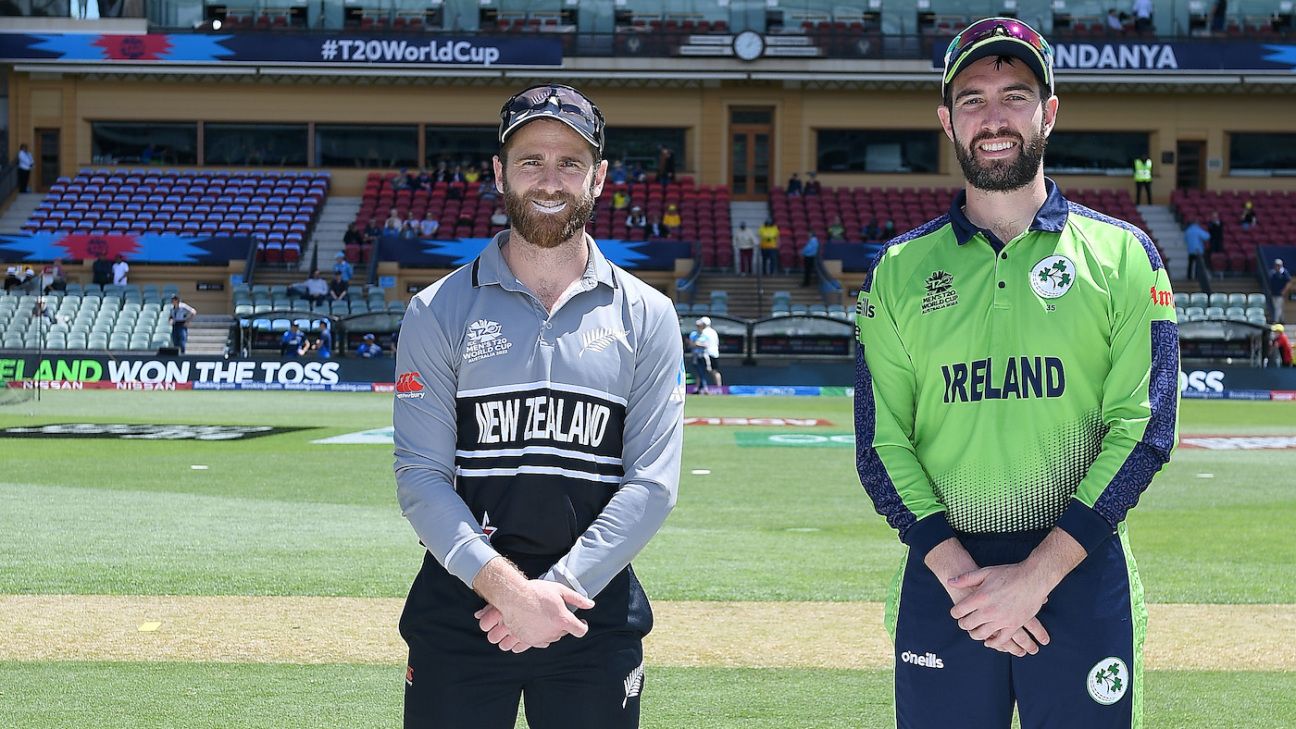 Ireland captain Andy Balbirnie won the toss and decided to bowl first at the Adelaide Oval. A fresh surface is being used, with the short square boundaries helpful for batters.

Ireland fielded an unchanged XI from the side that lost to Australia at the Gabba, which meant Stephen Doheny, Graham Hume and Conor Olphert remain unused throughout the tournament.

Kane Williamson’s side are also going in with the same team that played England three days back. In what is technically a must-win match against Ireland, two points for New Zealand will all but confirm a spot in the semi-final, especially with their net run rate being the highest among all teams in their group.

However, a loss will open up a window for both England and Australia, who remain alive mathematically. Ireland though, need to win by around 105 runs against New Zealand, apart from hoping that Australia lose to Afghanistan since one of England or Sri Lanka would surely progress with more than five points.