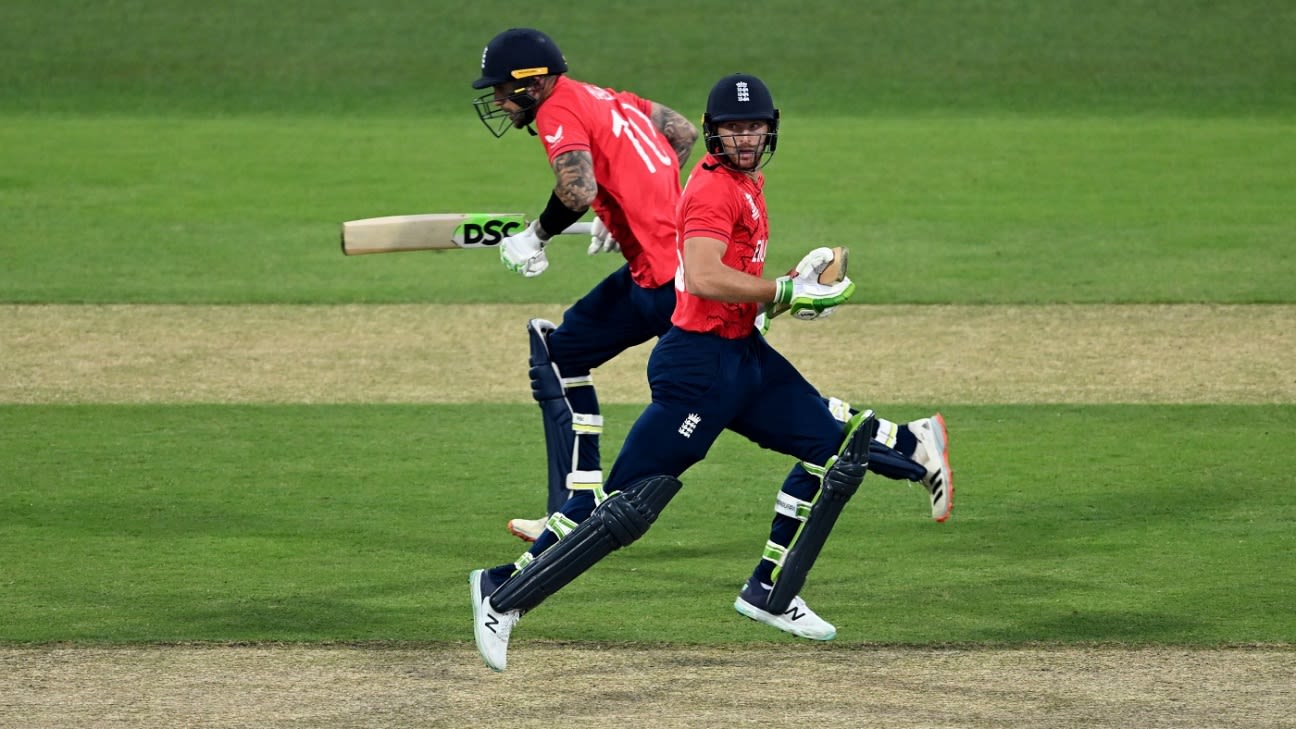 This time, they will hope to make better memories and a place in the semi-finals for the third consecutive T20 World Cup. There is a decent chance that a victory of any sort will be enough, but should Australia win by a significant margin against Afghanistan, England will at least have the advantage of knowing their exact target given that cricket has yet to embrace concurrent final-round matches.

Having returned to the England side ahead of this tournament, Alex Hales is one of two players from the XI against Afghanistan seven years ago – the other is Jos Buttler – who will line up against Sri Lanka. Moeen Ali and Chris Woakes were also in that squad, along with Chris Jordan.

“Certainly on a personal level, to have a chance to play knockout cricket in a World Cup would be a very special feeling,” Hales said. “It’s a pretty tight competition and to get through is difficult… you have to beat some very good teams along the way. It would be a good achievement if we can get through in a pretty tough group, in my opinion.”

However, it is certainly not a game England can take for granted. Sri Lanka have had to do it the hard way in this tournament, getting through the qualifying round after a shock opening defeat against Namibia, and then suffering heavy Super 12 defeats against Australia and New Zealand, which has left things out of their hands. Unless Afghanistan spring an upset on Australia, it’s all over for them.

“The input has been quite straightforward and the clarity is there. We’ve been pushed hard. There’s no limits with him, so we’ve been really pushed hard”

“We are coming here to justify our presence over here in Australia. We just want to play good cricket,” Bhanuka Rajapaksa said. “We have already shown what we are capable of a couple of months back [at the Asia Cup] and it’s a strong side. Unfortunately not all the results have come our way, but tomorrow’s game is quite important to end on a high note.”

The England game will be the third in a row played on the same SCG pitch, the surface which has offered the bowlers most help out of the three used, with quicks finding some grip for slower balls and the spinners getting some turn. They are conditions that should bring Wanindu Hasaranga and Maheesh Theekshana into the game. Either side of his mauling by Marcus Stoinis in Perth, Hasaranga has been outstanding and Theekshana has troubled plenty of batters.

Throughout the tournament, there have been some challenging pitches because of the damp start to the summer across much of Australia.

“I think the numbers at the top of the order throughout the tournament have been probably lower than what you usually expect,” Hales said. “[Pitches have been] slightly different to what I’ve been used to. There’s been a fair bit of swing, a bit of seaming bounce, so it’s been very difficult. Had to hang in there at times and piece together a contribution the other night, but the weather looks a bit better going forward, so hopefully the pitches will get better as well.”

“We are coming here to justify our presence over here in Australia,” Bhanuka Rajapaksa said•AFP/Getty Images

There is an added dynamic to the contest, with Sri Lanka helmed by former England coach Chris Silverwood. Earlier this year, it was a miserable experience for Silverwood during the Ashes, a tour that cost him his job, but he has kept his counsel since and there have been signs of him having a positive impact on Sri Lanka.

“It’s just another game for him,” Rajapaksa said. “The input has been quite straightforward and the clarity is there. We’ve been pushed hard. There’s no limits with him, so we’ve been really pushed hard. He just wants us to get better every day and it’s quite simple.”

Injuries have not been kind to Sri Lanka, particularly those to Dushmantha Chameera and Dilshan Madushanka, in a tournament dominated by quick bowlers, but Rajapaksa said there was no point feeling sorry for themselves.

“Ifs are not going to help us now, but… of course, it has impacted the performance of the side,” he said. “But it’s not an excuse. Everyone wants to perform, it’s a major tournament. You can’t blame it on [the injuries]. We hope the guys will get better and strong when the next World Cup happens.”

While Sri Lankan thoughts may be drifting to the next World Cup, England’s remain firmly on the present one. It will be in their hands to ensure this time Sydney does not mark their end point.

Bravo takes flight to snare stunning return catch | NuPure What A Catch
Ibrahim Zadran’s record-breaking 162 helps Afghanistan pile up 313 for 8
‘We enjoy confrontation as a group’ – Elgar’s South Africa brace for ‘feisty’ tour of Australia
Pant: ‘Compare my numbers when I’m 30-32, no logic before that’
Brendon McCullum: ‘We’ll be pushing for results. If we get outplayed, that’s okay’