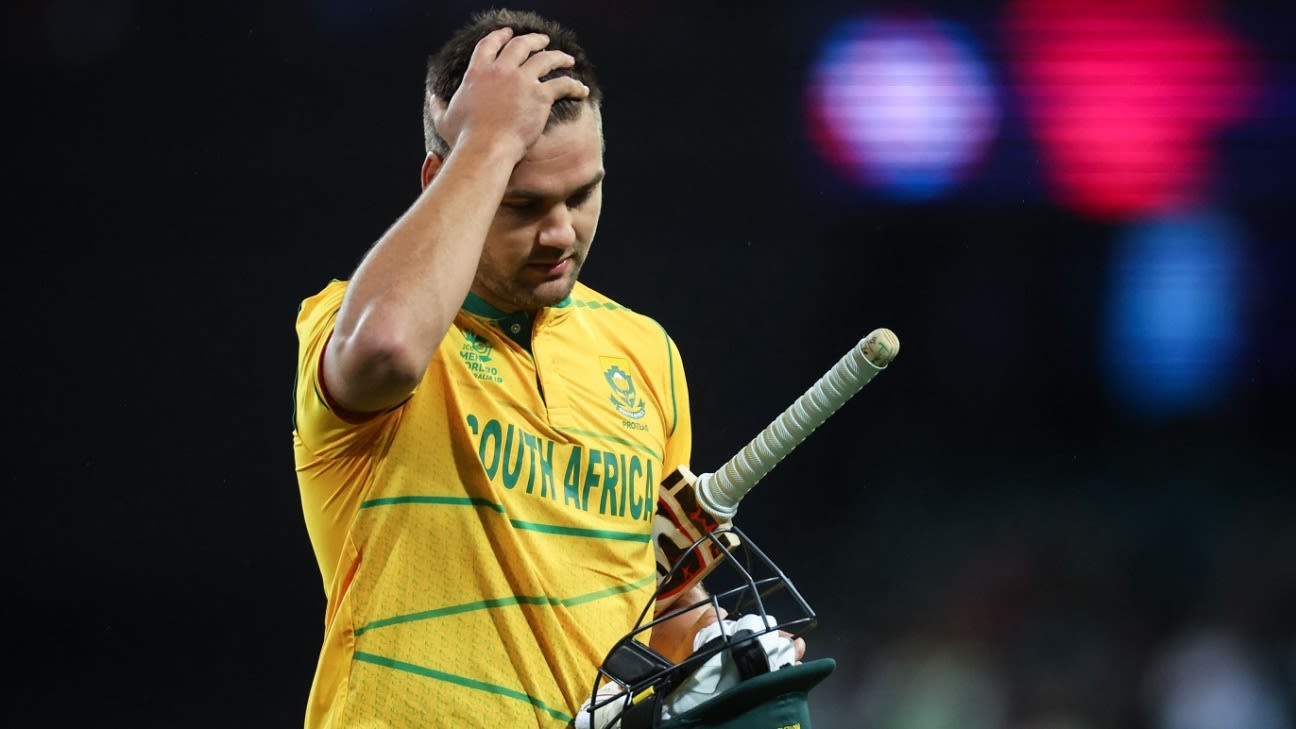 South Africa
Share on Facebook
Share on Twitter
Share on Pinterest
Share on LinkedIn
Temba Bavuma has admitted the “wheels probably came off” for South Africa in the field at the SCG as they suffered their first defeat of the T20 World Cup but did not see it as a major cause for alarm with progression still firmly in their hands.

Pakistan had been reduced to 43 for 4 in the seventh over but managed to post 185 for 9 with 117 coming off the second ten overs which featured a significant deterioration in South Africa’s fielding, although the latter part of the innings took place under drizzle.

Bavuma did not believe his attack had been agile enough to adjust to conditions as they changed, but with the final group game against Netherlands, they should still reach the semi-finals although will concede the top spot to India if they beat Zimbabwe.

“I wouldn’t say it’s a concern,” Bavuma said. “Probably is a bit of a wake-up call. I thought the first ten overs, we were superb. We were able to get them under pressure. Then after that, the wheels probably came off.

“Conditions changed a little bit with the ball going to skid [on]. I think in terms of our awareness, in terms of adapting to that, we were very slow. We allowed them to get momentum into their innings, and they were able to get a formidable score on the board.

“Like I said, I don’t think it’s a big concern. Yes, there are talking points for us, areas that we can learn from. Maybe it’s a performance that we needed to kind of bring us down back to earth.”

Bavuma did not want to use a damp ball and slippery underfoot conditions as an excuse for an uncharacteristic number of fielding errors.

“Maybe the intensity lowered a bit for the guys. Individually, the guys know, but it’s definitely not the standard of fielding that we pride ourselves on,” he said. “I guess we had a bit of a lifeline probably because of the way we played up until this point, but I think from now on it’s about us playing our best cricket. If we come unstuck, we come unstuck. Today we didn’t play our best cricket.”

“Maybe it’s a performance that we needed to kind of bring us down back to earth.”

Bavuma on the loss

South Africa went into the match without the in-form David Miller who suffered back spasms although Bavuma indicated it should not be a major concern for the games to come. And the captain himself was able to make his highest T20I score since the previous World Cup with 36 off 19 balls which briefly put South Africa ahead of the DLS target.

“It’s been a while since I hit the ball in the middle,” he said. “I felt a lot better today…I guess I just tried to enjoy it, to be honest.”