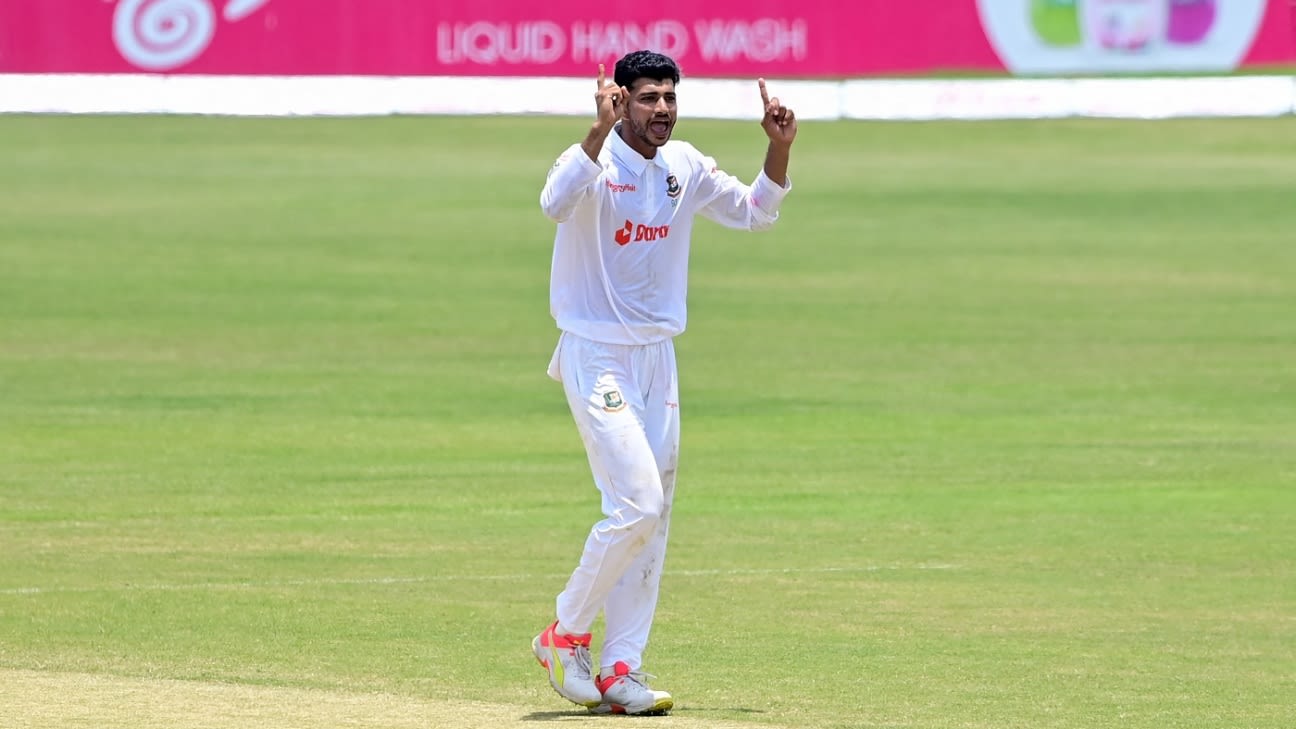 Angelo Mathews kept Sri Lanka on track for most of the second day’s morning session in Chattogram. Bangladesh got back into the game only in the last 18 minutes when Nayeem Hasan removed half-centurion Dinesh Chandimal and Niroshan Dickwella in the same over.

Mathews finished the session unbeaten on 147, with Ramesh Mendis freshly at the crease on one as the team took lunch at 327 for six. Mathews survived for the second time in the innings when he was on 119. His thin outside edge went unnoticed by both the fast bowler Khaled Ahmed and wicketkeeper Litton Das.

Otherwise, it was mostly plain sailing for the visitors. Mathews began with a four down the legside in the second over of the morning. After his reprieve in the fourth over, he pulled Khaled for a four before playing the same shot against rusty Shoriful Islam.

Chandimal then got going against Taijul Islam, hitting him for a four and a six in the space of three balls. He got to his 21st Test half-century, but after a lull, Nayeem had him lbw for 66 when Chandimal missed a reverse sweep. In the same over, Dickwella missed a straight delivery bowled from around the wicket and the ball crashed into the stumps as Sri Lanka exposed their tail just before the lunch break.

On Sunday, Mathews’ century and 92-run stand for the third wicket with Kusal Mendis revived Sri Lanka after they lost both the openers in the first session. The visitors eventually ended the first day at 258 for four.

‘We have to improve in every department to do well in Tests’ – Shakib Al Hasan
Ben Foakes misses third day of Headingley Test with stiff back
Five factors that could decide the Sri Lanka-Australia Test series
South Africa look to take lessons from Mysore into Taunton Test
Glenn Maxwell’s Test return: ‘So nice to get the tap on the shoulder and have the faith I can do a job’