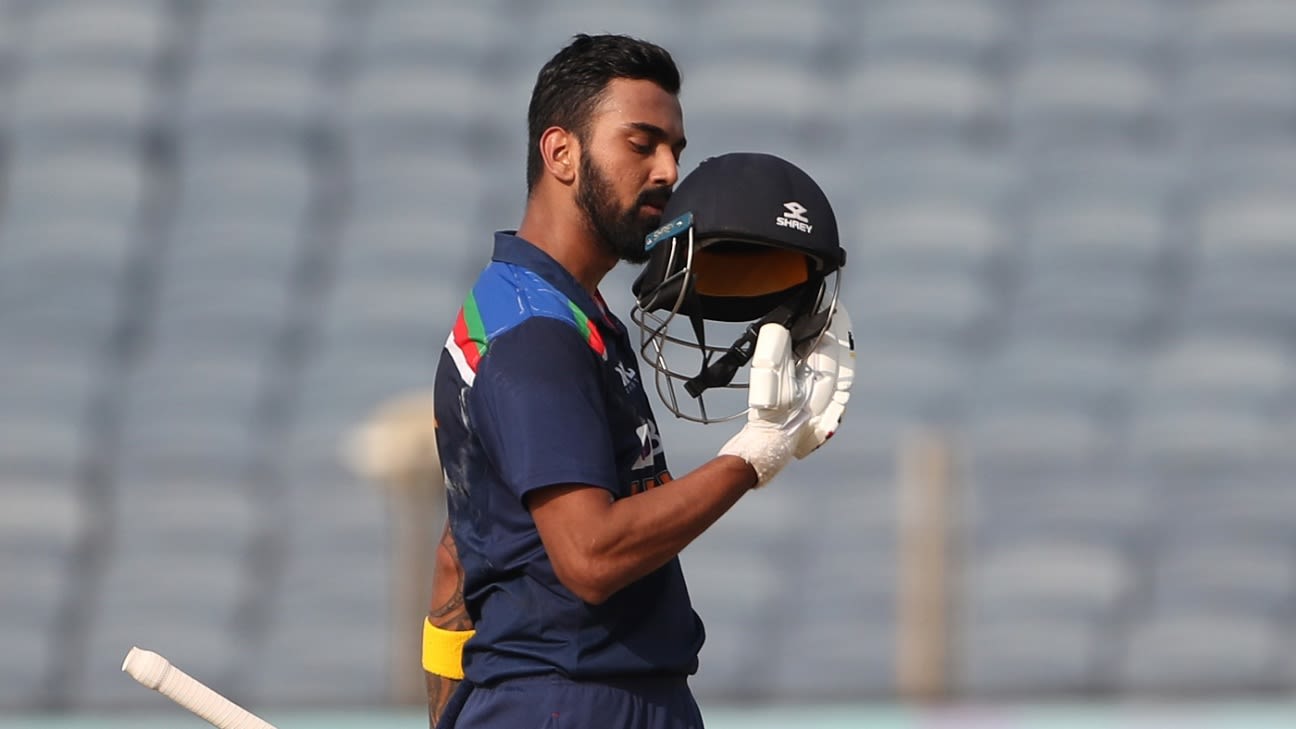 India’s stand-in captain feels Boland Park pitch could have something for slower bowlers, and both Ashwin and Chahal are likely to get a chance

Stand-in captain KL Rahul has confirmed that he would be opening for India in the three-match ODI series in South Africa.

“In the last 14-15 months, I have batted at No. 5, No. 4, different positions,” Rahul said on the eve of the first ODI in Paarl. “That’s what the team needed of me then. Now I think with Rohit [Sharma, the newly-appointed ODI captain and opener] not being here, I would bat at the top of the order.”

“We don’t want to be a team that is very predictable,” he said. “There might be games where I have to bat in the middle-order or the lower order because that’s what the team needs. I might have to open the batting at some time, which I’m okay with, and all of us in the team understand that. In a team game, everyone needs to be flexible as per the team plan or the team strategy. Everyone will have to be ready for certain things that the team wants them to do.”

During the recent Test series, the pitches didn’t offer much help for spinners but, according to Rahul, the Boland Park pitch in Paarl could have something for slower bowlers and India could play both R Ashwin and Yuzvendra Chahal in the first two ODIs, both at the same venue. If India do that, it would be Ashwin’s first ODI appearance since June 2017.
Last time also, when India toured South Africa, in 2017-18, they had played two spinners – Kuldeep Yadav and Chahal – during the six-match ODI series. Both Kuldeep and Chahal had played a big part in India winning the series 5-1 by picking up 17 and 16 wickets respectively.

“We practised a couple of days at Boland Park and the pitch does look like it might offer a lot more for spinners than what we got in the Test series,” Rahul said. “We have quality spinners. Ashwin is coming back into the one-day team and we all know what quality he brings in. Chahal has been doing it for years now and he has been a great performer for us. If there’s any assistance from the pitch, I know that these two will really exploit it.

“The sixth bowling option in white-ball cricket nowadays is really important and we are trying to develop that. Venkatesh Iyer has come into the side and we will give him that chance”

“Hopefully, in the first two games, like I said the pitch does look like it might offer a little bit of spin. So yeah, they become really important for us.”

India are also looking at Venkatesh Iyer as someone who can be their sixth bowling option and do the job Hardik Pandya did before injuries set him back. Currently, India do not have a batter in their top six who can also chip in with the ball.

Iyer made his India debut during the T20I series against New Zealand in November but is yet to play an ODI. In the recent Vijay Hazare Trophy, he scored 379 runs at an average of 63.16 and a strike rate of 133.92. With the ball, he sent down nine-to-ten overs in most games and picked up nine wickets at an economy rate of 5.75.

“The sixth bowling option in white-ball cricket nowadays is really important and we are trying to develop that,” Rahul said. “Venkatesh Iyer has come into the side and we will give him that chance. He has done decently well for us in the two or three games he played against New Zealand. In the IPL also he had done well. So he gives us that option as the sixth bowler.