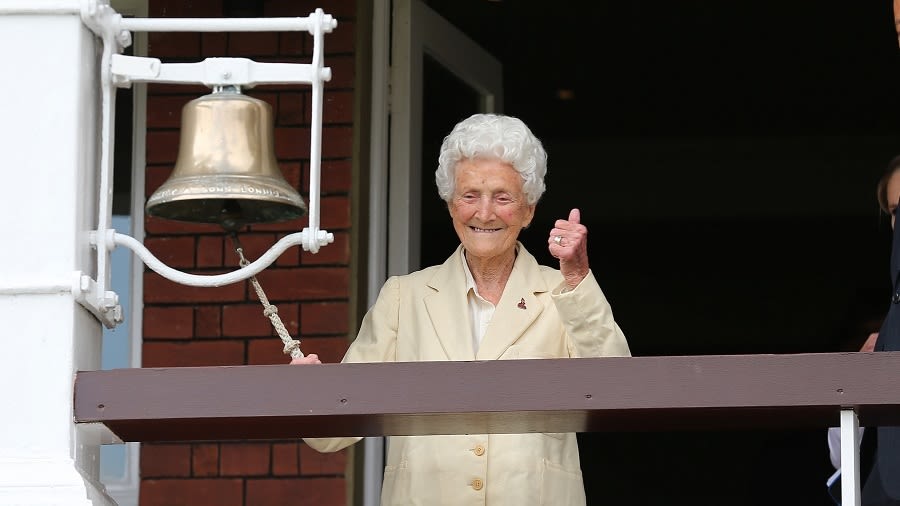 Eileen Ash, who was the oldest living Test cricketer, has died at the age of 110 with the ECB paying tribute to “a remarkable woman who led an extraordinary life”.

Ash, née Whelan, made her Test debut for England against Australia in 1937 and played seven Tests in total, taking 10 wickets at 23.00 with her right-arm seam bowling before her retirement in 1949. In the middle of her international career, she was seconded to MI6 – the UK’s secret intelligence service – during the Second World War.

Ash was a well-known figure throughout her final years. She rang the bell at Lord’s ahead of England’s win in the final of the 2017 Women’s World Cup against India, and two years later the MCC unveiled a portrait of her at the same ground.

Clare Connor, the ECB’s managing director of women’s cricket and the MCC’s president, said: “Our sport owes so much to its pioneers and Eileen was one of them. I am deeply sad to be saying goodbye to her today.

“Heather [Knight, England captain] and I went to visit Eileen about six months before the 2017 ICC Women’s World Cup – she was 105 at the time – and it was one of the most remarkable experiences. Eileen taught Heather yoga, we played snooker, we drank cups of tea and we leafed through newspapers and scrapbooks celebrating Eileen’s time as a player in the 1930s and 1940s.

“She regaled us with some amazing stories, including how she came to have her bat signed by Sir Donald Bradman at a French restaurant in Sydney in 1949. I know neither of us will ever forget that day, it was so special.

“Our thoughts and prayers are with Eileen’s family as they come to terms with losing such a wonderful woman and the end of an astonishing life.”

Pat Cummins takes four as England stutter again on 17-wicket day
Lucknow IPL franchise picks up Rahul, Stoinis and Bishnoi
Present and future in focus as Hobart gets slice of Ashes history
England open campaign with big win as Bangladesh roll over for 97
Connolly confident despite ‘reality check’ in warm-up defeat against India