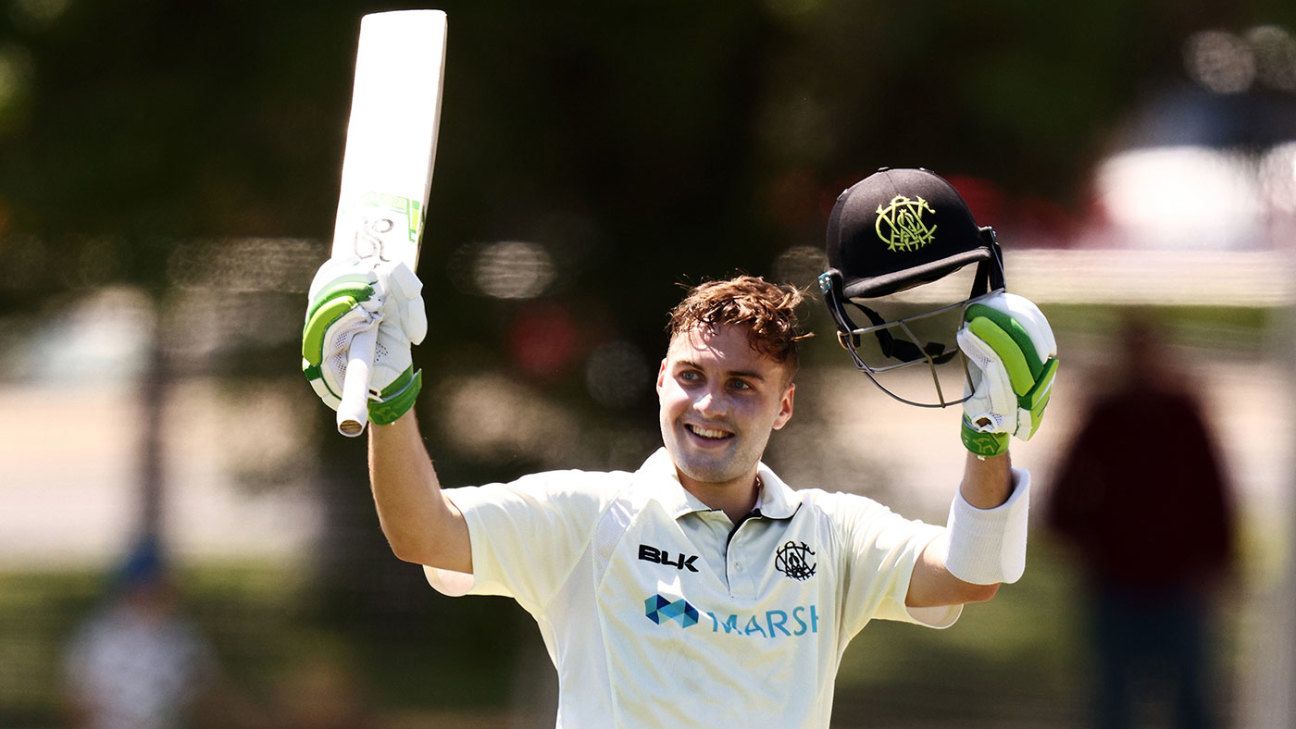 Frustration over his own inability to convert starts into big scores was the catalyst for Josh Inglis‘ rapid rise towards Test selection for the Ashes.
Inglis is likely to find out in the coming days if he has bolted into Australia’s team for the first Test in Brisbane, locked in a battle with Alex Carey to succeed Tim Paine. But it comes after a remarkable 15 months for the West Australian.

Sixty innings into his first-class career at the start of last summer, Inglis was yet to reach three figures after failing to convert nine half-centuries. It prompted him to speak with sports psychologist Matthew Burgin and spend more time with batting coach Beau Casson, with a heavy focus on how to train his mind in between deliveries.

“It sort of plays on your mind after 20 or 25 Shield games without making a hundred,” Inglis said. “It was something that I really wanted to work on in my game.

“I went to Matt, who’s now with Cricket Australia. I just really narrowed down my focus and my routines…I just really wanted to face more balls and prolong my innings.

“I spoke in depth about that, it was brilliant. It changed my game and allowed me to build a couple of big innings last year.”

Inglis, 26, is doing his best to put Test selection out of his mind, reasoning he will still have a game for Australia A to prepare for if overlooked for the Ashes opener. But the difference in Inglis since starting with Burgin has been stark, with his first-class average before last summer 28.15 compared to 58.00 since – including three centuries.

It’s also held him in good stead in recent weeks, with time as a reserve in Australia’s T20 World Cup squad and the ensuing hotel quarantine limiting time in the middle.

“That’s probably the beauty of it. I can replicate what I’m doing in training and in games,” Inglis said. “It’s not something that just comes out during a Shield game or an A game or whatever. I’m trying to use that every time I pick up a bat to help myself.

The other narrative around Inglis’ potential Test debut is that it would come against the country of his birth.

Born in Leeds and a product of the Yorkshire system, his first memories of the Ashes centre around hapless nights watching Matthew Hayden plunder runs in the 2002-03 series.

He vividly remembers Kevin Pietersen and current quick James Anderson reclaiming the urn in 2005, and still supported England when he arrived in Australia at age 14.

Inglis also has his old English accent back, admitting the “twang” had returned to his voice in a county stint earlier this year.

“It would obviously be very interesting [debuting against England]. It doesn’t happen very often,” Inglis said. “As a kid obviously growing up in England, I supported England.

“But [my family] would obviously still be really proud and happy for me if it were to happen. It’s incredibly exciting. If given the opportunity, I’m feeling really confident.”