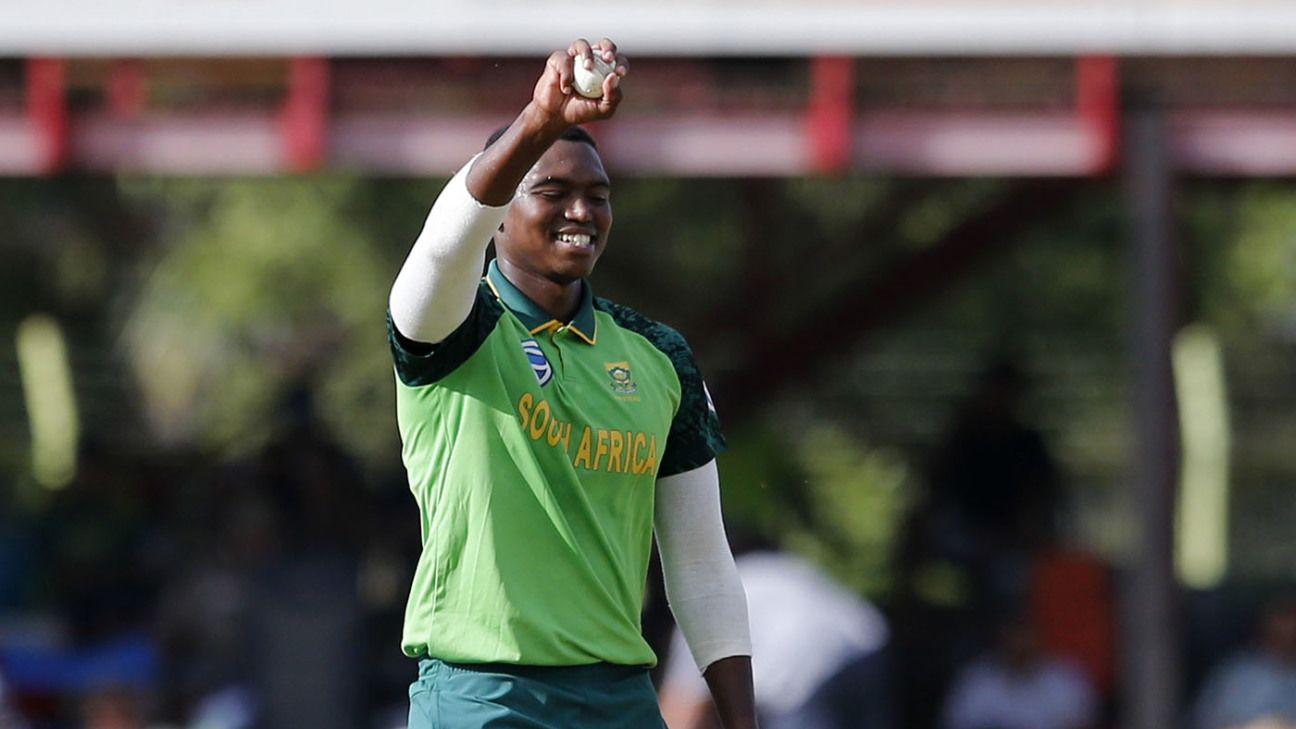 Lizaad Williams also ruled out because of an intercostal muscle strain, Junior Dala has been added to squad

Lungi Ngidi has been forced to withdraw from South Africa’s squad for the three-match ODI series at home against Netherlands after testing positive for Covid-19. “He is well and in good spirits,” a CSA statement on Wednesday said, adding that Junior Dala has been called up as a replacement.
Lizaad Williams, another member of the fast-bowling unit, will also miss the series, having picked up an intercostal muscle strain. No replacement has been named for Williams, and he will now be undergoing treatment. The South Africa medical team will be staying in touch with both Ngidi and Williams to assess their progress and, in Ngidi’s case, “his physical and mental well-being”.

Ngidi has not played for South Africa since the Ireland series in July. He missed the Sri Lanka tour that followed in September for personal reasons, and was included in the T20 World Cup squad but did not play a game.

South Africa had earlier announced that six of the first-choice ODI players – captain Temba Bavuma, Aiden Markram, Quinton de Kock, Rassie van der Dussen, Kagiso Rabada and Anrich Nortje – were being rested for the series, and that Keshav Maharaj would lead the team, which also marks the international comeback of Wayne Parnell.

Zubayr Hamza and Ryan Rickelton, meanwhile, are in line to make their ODI debuts, while Khaya Zondo, Daryn Dupavillon and Sisanda Magala have all returned to the squad after missing the series against Sri Lanka.

South Africa are also giving some time off to four members of the support staff “following back-to-back tours”, including fielding coach Justin Ontong. CSA is yet to appoint an assistant coach to replace Enoch Nkwe, who resigned before the T20 World Cup. Specialist coaches have since been used in short-term roles. Justin Sammons, the head coach of the North West provincial team, has been retained as batting coach while Dolphins coach Imraan Khan has replaced Ontong for this series.

The South Africans will start their training for the series later today in the lead up to the first ODI on Friday at SuperSport Park. The second and third games will be played at the same venue on November 28 and December 1.