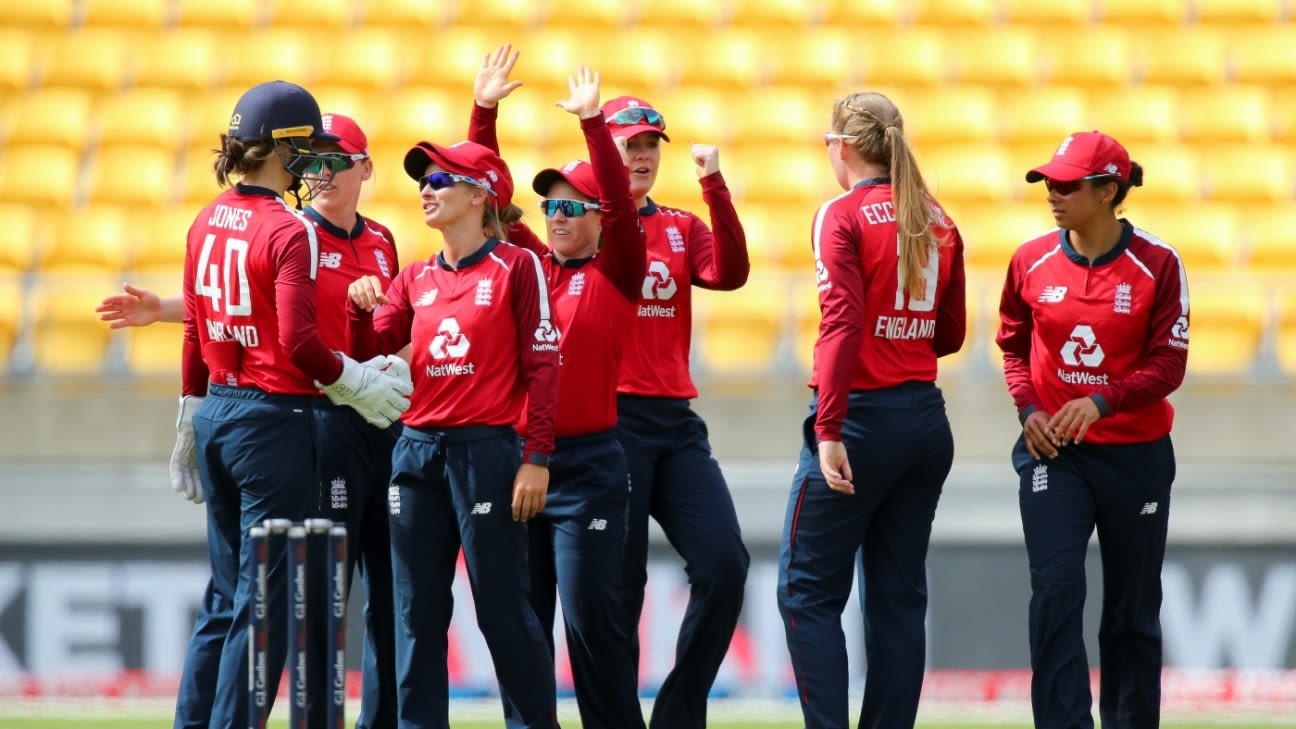 Natalie Sciver made a decisive impact with ball and bat at either end of a commanding seven-wicket win as England took a 1-0 lead in their three-match T20I series against New Zealand. This display extended Sciver’s impressive form from the ODI series, in which she was England’s leading wicket-taker apart from scoring a match-winning 63 in the second ODI in Dunedin.

Choosing to bowl first at the Westpac Stadium, England got off to a brilliant start, with Sciver dismissing Sophie Devine and Amy Satterthwaite within the space of her first two overs as New Zealand slipped to 10 for 2. There was no real recovery thereafter, despite a 32-ball 36 from Katey Martin, as England’s bowlers kept striking at regular intervals to bowl the hosts out for 96 in 19.4 overs. Sciver, her new-ball partner Katherine Brunt, and spinners Sophie Ecclestone and Sarah Glenn finished with two wickets each.

England’s chase was never in doubt, once Tammy Beaumont and Danni Wyatt put on 59 for the first wicket in 8.3 overs. A brief flutter followed as the offspinner Leigh Kasperek dismissed both openers in successive overs before Heather Knight was run out for a duck. But Sciver ensured there was no more panic, scoring an unbeaten 26 off 25 balls and seeing England home in the company of Amy Jones, with whom she put on an unbroken 32 for the fourth wicket. Sciver hit the winning boundary, off Devine, off the final ball of the 16th over.

The second and third T20Is will also be played in Wellington, on Friday and Sunday.