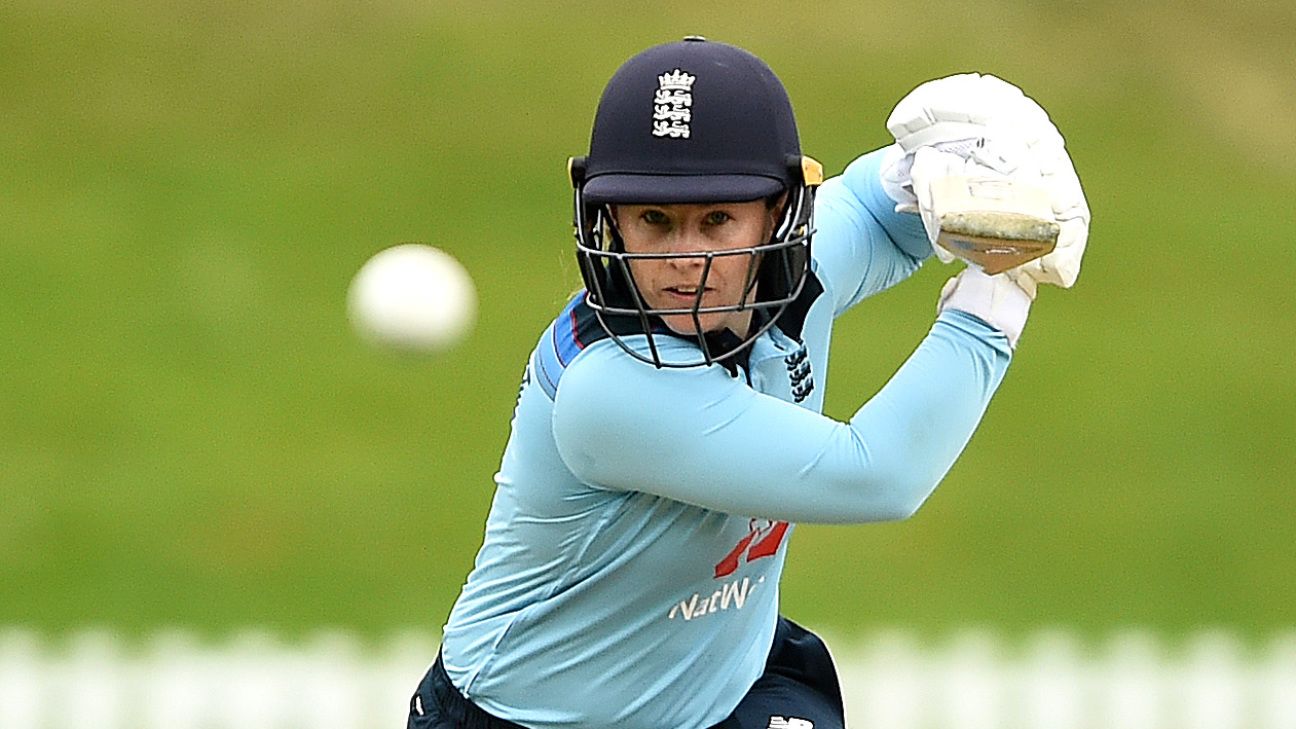 Beaumont made a half-century in each of the three matches with 71, 72* and 88* to be the leading run-scorer for the series with 231. That gave her 49 points to overtake Stafanie Taylor of West Indies and New Zealand’s Amy Satterthwaite and move into the No. 1 spot. This is the first time in her ODI career, spanning nearly 12 years, that Beaumont has topped the rankings, bettering her previous best of No. 4 in July 2019.

Team-mate Sciver made multiple gains in the rankings by climbing up all three charts, for batters, bowlers and allrounders. She hit 96 runs in the series, including 63 in the second ODI to help England seal the series and moved to No. 10 among the batters. Sciver’s five wickets – the most on either side – helped her jump 12 places to No. 22 among bowlers. In the allrounders’ rankings, her efforts pushed her up to fifth position, gaining three places.

Knight and Jones also rose in the batting rankings to sit at No. 13 and joint-25th, respectively. Other England bowlers to have gained from their performances against New Zealand include Katherine Brunt, who moved up two places to ninth, Sophie Ecclestone, up one place to 14th, and Sarah Glenn, up three places to 44th.

Although New Zealand lost the ODI series, Amelia Kerr – with her all-round show – Brooke Halliday – with a fine debut series – and Hannah Rowe made gains. While Kerr’s 72 not out and figures of 4 for 42 in the third ODI took her to 13th among allrounders, she also moved up to No. 47 among batters and No. 11 among bowlers.

Halliday, who hit half-centuries both times she batted, also entered the rankings at No. 59, while Rowe reached No. 43 in the bowlers’ charts.