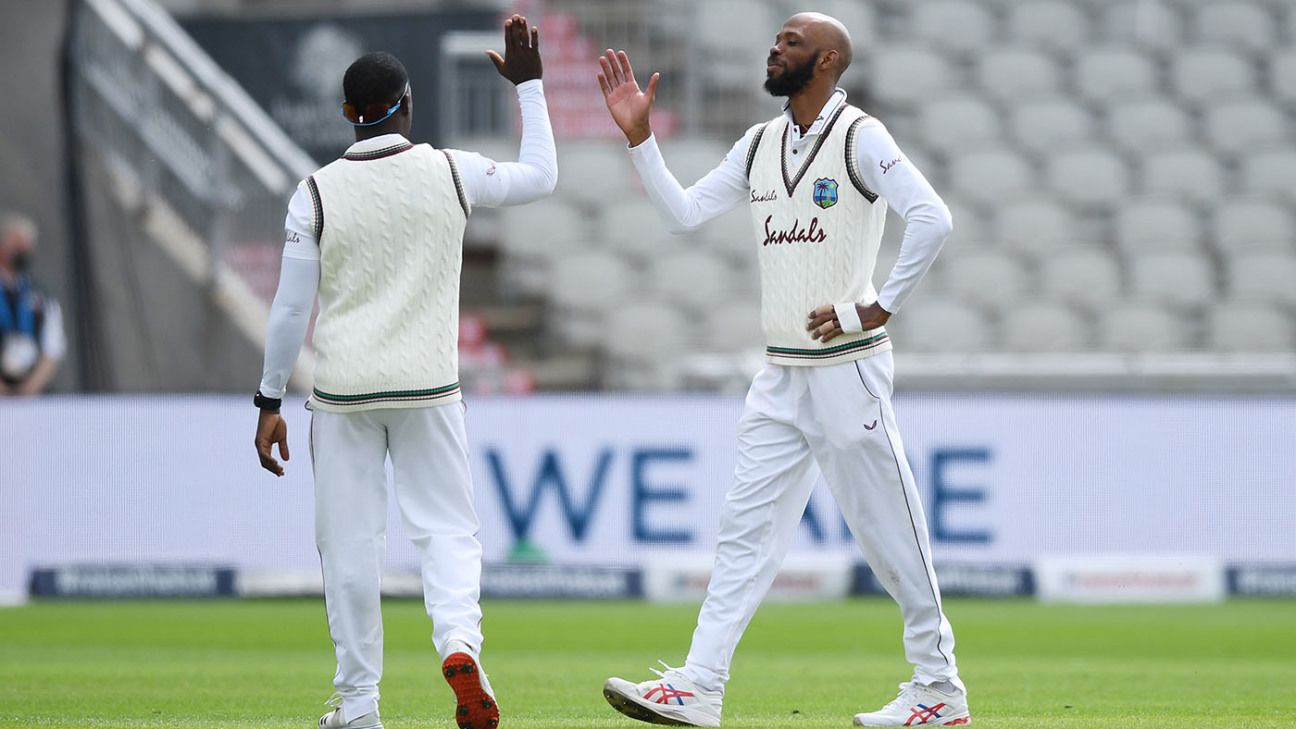 Shimron Hetmyer and Roston Chase are available for selection in West Indies’ Test series against Sri Lanka this month after meeting the minimum fitness standard required by CWI.

Hetymer and Chase were among four players who were deemed unavailable for the T20I and ODI legs of Sri Lanka’s tour, along with fast bowlers Sheldon Cottrell and Oshane Thomas.

“The policy asks for a minimum standard in certain aspects of fitness testing,” Jimmy Adams, CWI’s director of cricket, said on Saturday. “It’s pretty simple, and it’s something all the players are aware of: failure to get to [the minimum standard] makes them unavailable for selection.”

However, Adams confirmed at a press conference on Monday that Chase and Hetmyer had since reached the minimum threshold, and as a result would be available to play in the Test series which starts on March 21.

“Two of those four players have since met the minimum standard: Roston Chase and Shimron Hetmyer,” Adams said. “They would be now available for the next selection meeting before the Test matches coming up later in March.”

Both players have been included in a provisional 26-man group who will participate in a “best v best” four-day practice match in Antigua from March 8-11, with Chase due to captain one of the sides. Kemar Roach and Shannon Gabriel have been rested from that fixture, while there is a return to international contention for Kieran Powell, the opening batsman from Nevis.

Roger Harper, CWI’s lead selector, said: “The ‘Best v Best’ game is firstly part of our preparation for the Test series against Sri Lanka. It gives the players who performed well in the last West Indies Championship an opportunity to showcase their skills, playing against each other, which we expect to be very competitive and put forward a case for themselves. It is a chance to raise their stock and show what they can do.”