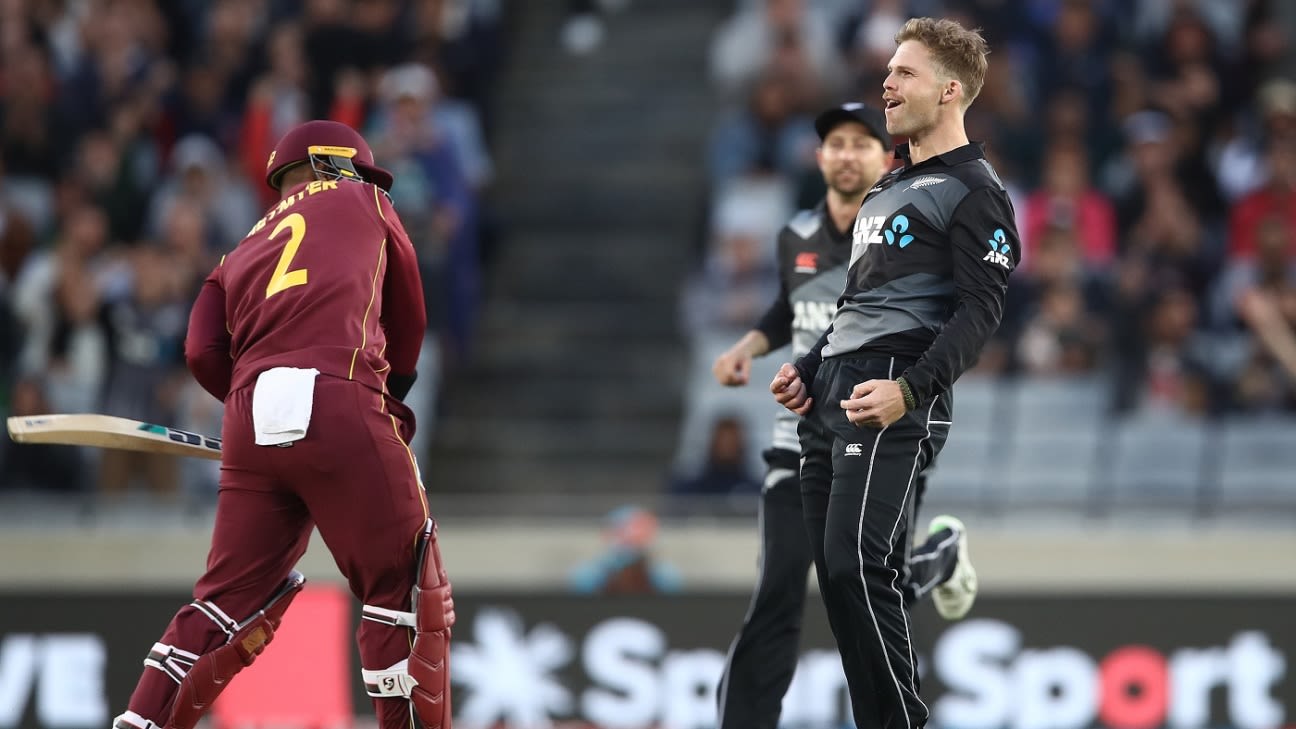 New Zealand are hopeful that fast bowler Lockie Ferguson will be able to make his return from a back injury in the T20I series against Bangladesh at the end of March.

Ferguson has been sidelined since the middle of December, when he was diagnosed with a stress fracture shortly after the T20I series against West Indies, in which he claimed a career-best 5 for 21 in Auckland. The plan put in place for Ferguson’s comeback involves a couple of club cricket outings this month before he links up with the New Zealand squad around the ODIs against Bangladesh to further assess his recovery.

Another change has been made to the schedule for the series with the final match on Sunday switched to an earlier start to allow Australia to get a charter flight home from Wellington that evening.

Australia have been desperate to avoid having to quarantine for two weeks on returning home which they would have had to do if they transited through Auckland as was the original plan which is now a “red zone” due to a Covid-19 outbreak.

It means the men will play the first of the double-header matches starting at 12pm local time followed by the New Zealand Women v England Women T20I.

NZC has said if alert levels are lowered in time for the Sunday matches then crowds will be allowed to attend in Wellington.

“At this stage, he will meet up with the team around the time of the one-day series to put finishes touches on things and make sure the intensity is where we want it to be then if all goes well he’ll be available for the Bangladesh T20 series,” New Zealand coach Gary Stead told reporters in Wellington.

“You never know how people react to it [the injury], but in Lockie’s advantage he’s strong, he’s fit and he works very hard at that S&C [strength and conditioning] area. Hopefully all those things will have helped him in a quick recovery.”

Ferguson is one of six current New Zealand players to have IPL deals – there are seven in all including Adam Milne – while Ish Sodhi will also work with the Rajasthan Royals in an administrative role. The starting date for the tournament is yet to be confirmed, but Stead is preparing to not have all his first-choice names available for the latter matches of the season against Bangladesh.

Kane Williamson, Jimmy Neesham, Trent Boult, Mitchell Santner and Kyle Jamieson are the other players heading to India in April. Mark Chapman and Hamish Bennett are part of the 13-man squad against Australia but it appears likely there will be opportunity for others – potentially including the hugely talented Finn Allen – against Bangladesh.

“We are working through the final stages of that,” Stead said. “Don’t think we’ll scrap everyone from it… but think there will be cases where we say to some of those guys going away, don’t bother playing this series.”

The IPL could also clash with New Zealand’s resumption of action overseas in England, when they are set to play two Tests ahead of the World Test Championship final.

NZC have long taken a pragmatic view of their contracted players appearing in the IPL. Barring the absence of Ferguson, New Zealand have fielded a full-strength side in the T20I series against Australia, which sees them 2-0 up with two play. Earlier in the season, they had to mix and match their squad because of the proximity of the Tests against West Indies and Pakistan to the T20I matches on those tours.

Overall this season, New Zealand have won six of their eight T20Is and in the first two matches of this series most of the side have made a telling contribution aside from Jamieson, who has struggled with his lengths, and wicketkeeper Tim Seifert.

“It’s comforting that we’ve had some pretty good performances from just about all our players and that’s a little bit unusual,” Stead said. “Often people get on hot streaks, but it’s the quality of your side as well if someone misses out then the next person can step up. We are in a good position as a team.”