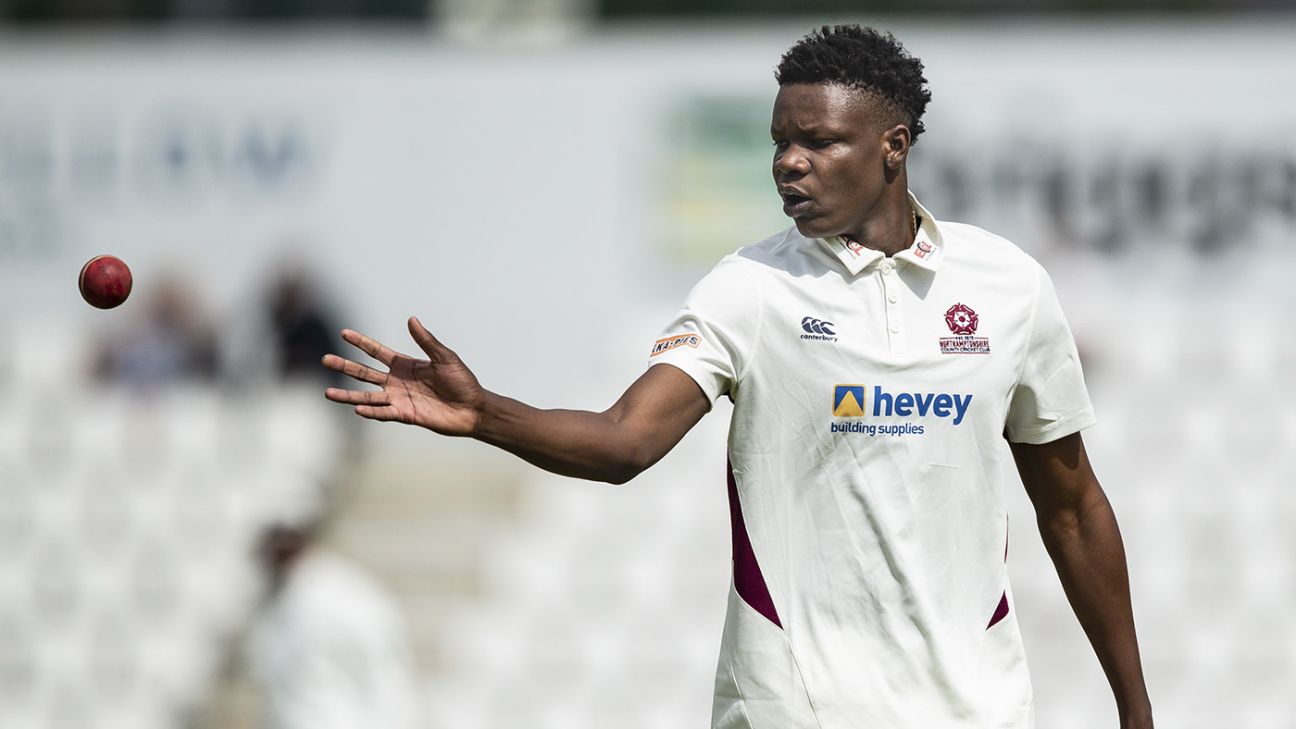 An Afghanistan side with three debutants opted to bat first against Zimbabwe in Abu Dhabi. Afghanistan went into the match with a new opening batsman Abdul Malik, middle-order batsman Munir Ahmad and legspinner Abdul Wasi, who was chosen in place of the injured Rashid Khan.

Zimbabwe also had a maiden cap, the much-anticipated debut of former Under-19 vice captain Wesley Madhevere who has had impressive white-ball showings for Zimbabwe so far. The visitors opted for an XI with three seamers, including the return of two-metre tall Blessing Muzarabani, who will operate with Donald Tiripano and Victor Nyauchi with Sikandar Raza, Sean Williams, Ryan Burl and Madhevere to share the spin duties.

This is the first Test meeting between these two sides, Afghanistan’s fifth Test and first since late 2019, and Zimbabwe’s first Test in more than a year.

Australia bat first, Chanderpaul handed West Indies debut
Liam Livingstone to make England Test debut against Pakistan
Kotak, Cooley and Dilip put in charge of India A in Bangladesh
James Anderson feels the rare thrill of the unknown ahead of Pakistan Test bow
‘It is not true’ – Langer adamant no cricket rift exists