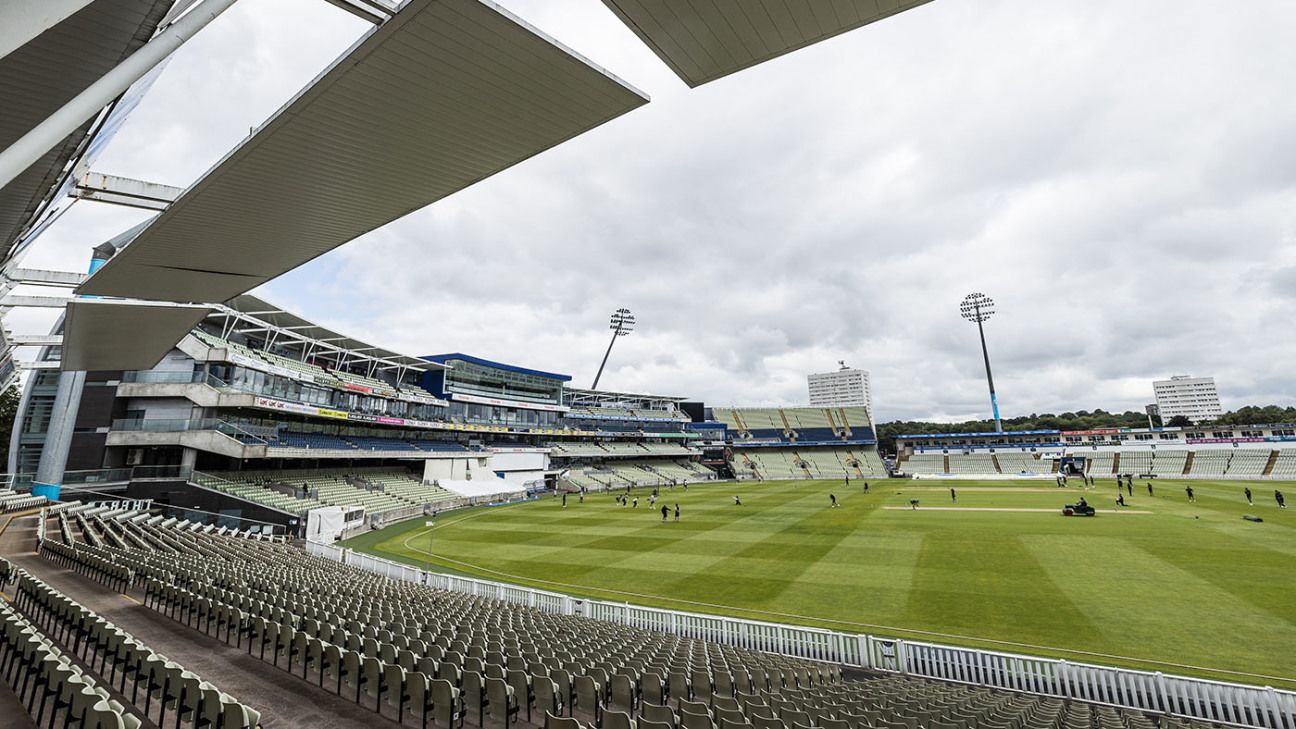 English cricket looks set to be the major beneficiary of a £300 million government bail-out for summer sport, when Chancellor Rishi Sunak unveils the Budget on Wednesday.

The news will come as a major boost to the ECB, which announced losses in excess of £100 million in 2020 after the sport bore the brunt of the first Covid-19 lockdown.

“As a huge cricket fan I know there’s nothing that says summer more than watching your favourite team,” Mr Sunak told The Telegraph. “I can’t wait for sports grounds to be filled with fans with atmosphere again – this £300 million cash boost will help make that a reality.”

The 2020 county season, which had been due to get underway last April, had to be postponed until August with most clubs choosing to furlough their staff in the interim, while the ECB were forced to make 62 redundancies at the end of the season.

The board did manage to mitigate its losses – which had initially be projected to be in excess of £300 million – by ensuring that England’s men fulfilled their complete summer schedule against West Indies, Pakistan, Ireland and Australia.

However, all of those matches, as well as the rescheduled county and women’s season, had to take place behind closed doors due to the pandemic, and county chiefs have warned that a repeat of those circumstances in 2021 would be unsustainable for many clubs.

The Government funding – which is expected to be shared between tennis, horse racing, rugby league and women’s football – will be allocated by an independent committee, led by Sir Ian Cheshire, the former chairman of Barclays Bank, and run through Sport England.

The scheme is effectively an extension of the Sport Winter Survival Package, announced by the Government in November, which was also a £300 million investment, comprising “soft” loans lasting up to 20 years and grants.

Lord Ian Botham told The Telegraph: “Everyone in the cricketing world will be delighted. It’s been a tough time for the sport. But this could give us the opportunity to get the fans safely back in the stadiums, which is the next step. Cricket is our summer sport and I’m pleased that it’s being looked after.”

Though the money will be targeted at the professional level of the game, the ECB is understood to have warned the Government that, without the trickle-down effect that gate receipts have on the finances of English counties in particular, the knock-on effects for grass-roots cricket and the women’s game would be significant.

Kent’s latest financial figures, released on Tuesday, support that concern, with the club reporting a drop in income of almost £2 million from all areas of the business outside of its ECB funding, including membership subscriptions, ticket sales and catering contracts.

“Like most sports, cricket has taken a huge hit over the last 12 months and it’s only prudent financial measures and generous support from our Club Members that have seen us through,” Cain said. “The devil is in the detail so we look forward to more information on how to access the emergency funding after the budget.”

Limited capacity crowds are due to be allowed back into stadiums by mid-May, according to the Government’s recently announced road-map, although some county venues are hoping to put themselves forward for pilot events from the early weeks of the season.

Cain also confirmed that the club has been working with the ECB and Government on measures to permit larger crowds at Edgbaston during the venue’s first major event of the summer, the second Test against New Zealand in June.

“Using protocols such as testing, masks and vaccine certificates along with other social distancing measures, we’re confident that we can get a sizable crowd in to the game safely, setting sport up for when full crowds could potentially return after June 21.

“The professional game has been played behind closed doors and cricket clubs across the County have struggled with bars closed and restrictions stopping the game being played in the way we love,” Cain added. “Warwickshire Cricket Board have been excellent in the way that they have helped the recreational game through the pandemic.”

Taskin Ahmed out of Bangladesh’s first ODI against India; Tamim Iqbal in doubt
West Indies opt to play for draw on final-day tussle
Ben Stokes leaves door open for possible U-turn on ODI retirement
Hurraira 221, centuries from Amin and Waheed give Northern total control
Pant: ‘Compare my numbers when I’m 30-32, no logic before that’