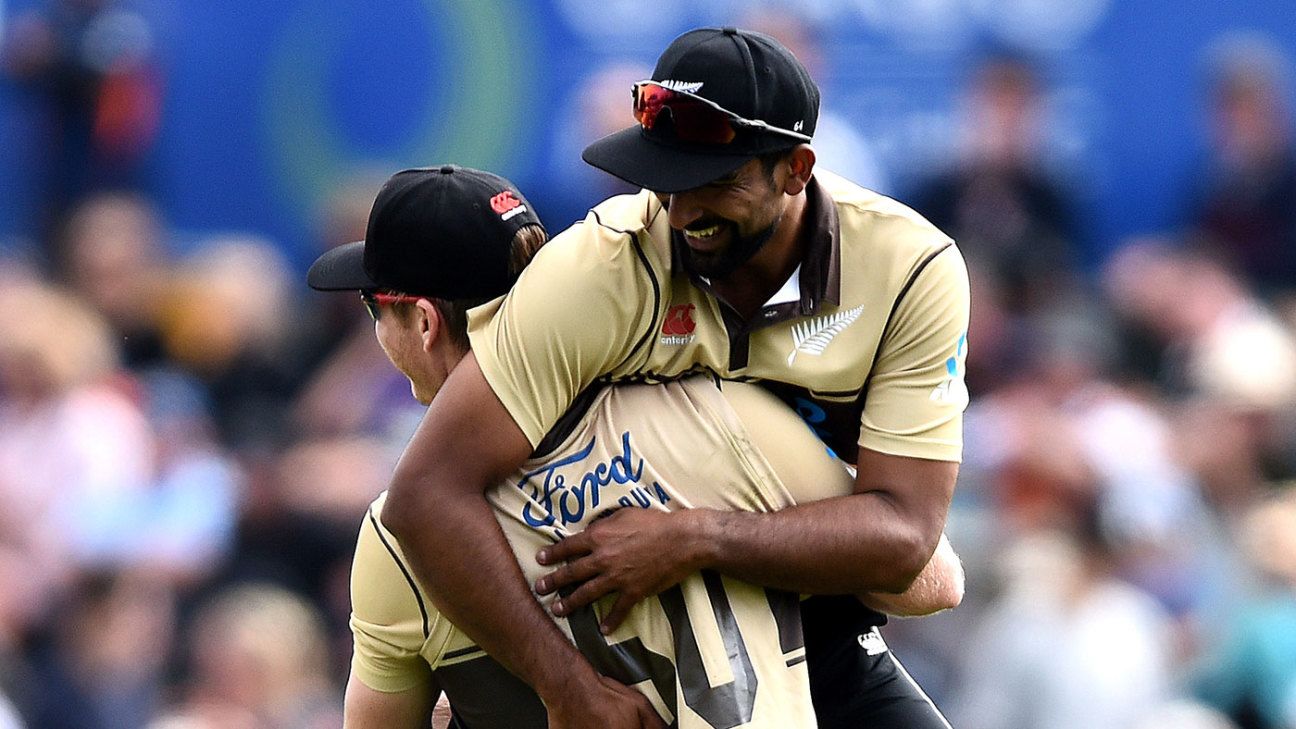 The logistics have changed significantly due to the impact of the Auckland lockdown, and there won’t be any crowds to witness the rest of the games, but the challenge remains the same for Australia: they need to win three matches in a row in Wellington if they are to take the series.

New Zealand, with a full-strength side, are playing dynamic, confident cricket although did breathe a sigh of relief at the end of a pulsating contest in Dunedin where the game was nearly snatched away from Marcus Stoinis and Daniel Sams.

Australia have identified that it is the post-powerplay, pre-death period with the ball where they have especially struggled to match New Zealand. From overs 7-16 they have conceded 11.35 and taken just three wickets, while the home side have gone for 9.02 runs per over and claimed 10 wickets.

The return to form of Martin Guptill in Dunedin ticked another box for New Zealand with most players having now made a contribution across the first two games. However, Tim Seifert has started with two low scores and Kyle Jamieson has had a tough time going for 56 in Dunedin.

Both squads had some downtime in the unusually long break between matches. The Auckland-based New Zealand players who briefly returned home had to hastily leave the city when lockdown was announced and underwent precautionary Covid-19 tests which all came back negative on Monday.

Glenn Maxwell hasn’t got going yet in the series with scores of 1 and 3. In the opening match he edged the swinging new ball to slip and in the second was well caught at short third man when off a top-edged reverse sweep. Where he comes in is dedicated by how many wickets Australia have lost and the ideal scenario is a base to work from but a reasonable number of overs remaining. Depending on the balance of Australia’s attack it could be that his offspin is used a bit more having sent down one over in the series so far.

Trent Boult has impressed in two contrasting stages of the innings in the first two games. In Christchurch he found movement with the new ball and claimed early wickets to seal the game, then in Dunedin produced the over that gave New Zealand breathing space at the death when he went for just six in the 18th against the brutal bats of Stoinis and Sams. He has been the standout pace bowler on either side.

Jamieson’s spot could come under pressure after two expensive outings although there will be a desire to show faith in him. Hamish Bennett is the other bowling option in the squad. There would seem little reason to alter the batting.

Australia coach Andrew McDonald hinted at a change or two being made although he did that before the second match and it became the same XI. There could be a chance that they strengthen the pace attack, perhaps with Andrew Tye or Jason Behrendorff, at the expense of a spinner, although both Ashton Agar and Adam Zampa were given a vote of confidence, or boost the batting and rely on more overs from the allrounders.

The Cake Tin, as it is colloquially known, has the lowest run rate (8.03) of any T20I venue in New Zealand. One of the quirks is that teams don’t train at the ground, instead using the Basin Reserve, so visiting sides don’t have much change to assess conditions although with three games in a row there is time for Australia to get used to them. The forecast is for a cloudy but dry evening.

“The one thing we can control is our bowling. We’ll look at how we use our bowling in that [middle] phase of the game. Clearly as a batting unit we’re trying to be aggressive in that period of time anyway. It’s more how we defend the New Zealand batters and what match-ups we use in that period of time I’d say where we get the most improvement out of our performance.”
Andrew McDonald