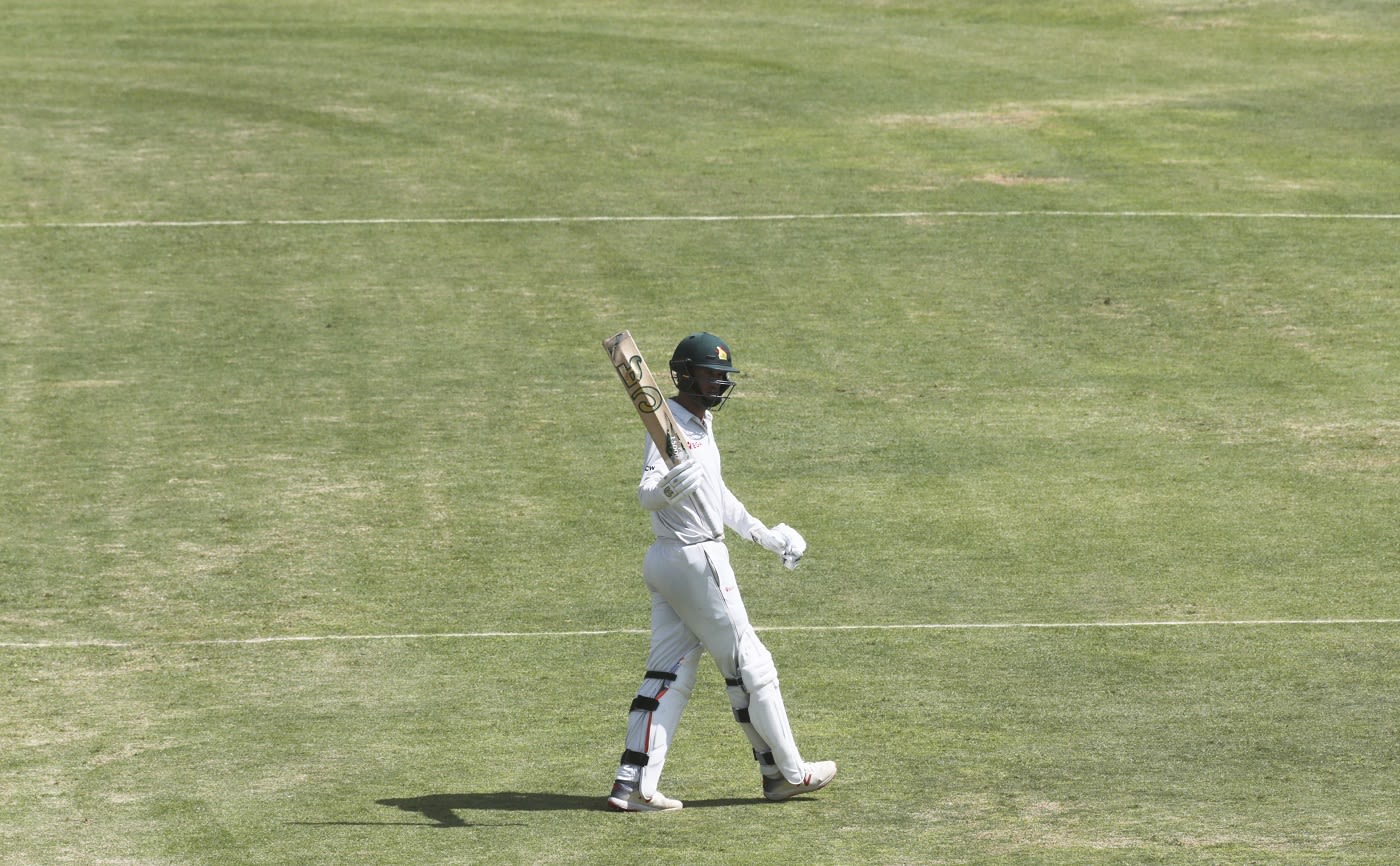 Zimbabwe are hoping to begin the process of rebuilding their national side, with at least two confirmed Test series in the next two months, and several white-ball fixtures in the lead up to the 2023 World Cup. The windfall of matches, which starts with two Tests and three T20Is against Afghanistan in the UAE, comes after a lean year for Zimbabwe in which they only played six internationals, none of them Tests. This return to the rigours of the longest format is what captain Sean Williams says his team needs to improve across the board.

“I would love this team to play Tests as often as possible. It’s the ultimate,” Williams said. “And having the opportunity to play in Covid-19 times is massive. It’s character building. The challenges you face in Test cricket are huge and if you can overcome those challenges, it prepares you for ODI and T20 cricket. I am very excited to see the Tests against Pakistan (in April) are on, and the Ireland (white-ball) tour and then the qualifiers next year leading into the 2023 World Cup.”

Though looking forward to the opportunity to get on the field again, Zimbabwe, like many other teams, are finding that playing during the pandemic brings challenges of its own.

“It is difficult. The team sacrifices a lot. They sacrifice family time, and there is a lot of alone time,” Williams said. “The mental aspect is big. The time you spend in the room, with quarantine and testing, over and over and over – it’s extremely tough. You spend a lot of time on your cellphone and your screen time goes up. You spend a lot of time on social media and social media can play mind games with you, especially when it comes to international sport.”

The squad have moved from a biosecure environment in Harare, where they were training, to a bubble in Abu Dhabi, their base for the entire Afghanistan series. Although they are no longer confined to their hotel rooms, there are still restrictions on their movement and how much they can interact with each other.

“You’ve got trackers around your neck so you can’t spend too much time with each other. After 15 minutes, the beeper goes off and you’ve got to head off,” Williams said. “We are separated a lot of the time. It’s tough. It’s not for the faint-hearted.”

But it’s the only way to ensure they get the game time Williams is so desperate for to prompt an upskilling of their players.

Zimbabwe have to go back more than two years to remember their last Test win, against Bangladesh in Sylhet in November 2018, and more than a year for the last respectable performance in the format, when they drew against Sri Lanka in Harare. For that reason, the goal for this series is simple: “I want to win. I just want to win. Simple,” Williams said. “And we need to have team goals hour by hour like we had in the Sri Lanka Test match. And make decisions collectively as a group. There will always be a guy that struggles and someone else will have to step up and carry him along.”

The emphasis on the collective is in part a response to the number of players Zimbabwe are missing for this series. Six first-choice players – Brendan Taylor, Craig Ervine, Kyle Jarvis, Tendai Chatara, Chamu Chibhabha and PJ Moor – are out of the tour through illness or injury, putting more pressure on Williams and other senior members of the side, like Sikandar Raza.

“Missing them is huge. We need them in Test cricket but at the same time, we have a young bunch coming through. We are in a rebuilding process again,” Williams said. “Missing them is huge not only for the juniors but for guys like Raza and myself as well. They are support for the group but they are not here so we have got to get on with it.”

The absence of Taylor, Ervine, Chibhabha and Moor, which leaves Zimbabwe with an inexperienced middle-order, will not be used as an excuse for below-par batting. In fact, Williams is specifically targeting improved first-innings scores of “450-500 plus which is what’s expected in a first innings total Test cricket nowadays,” which is much more than Zimbabwe’s recent average of 280 across their last nine Tests.

“The mental aspect is big. The time you spend in the room, with quarantine and testing, over and over and over – it’s extremely tough”

It will be up to Prince Masvaure and Kevin Kasuza, who are established as the top two, to step up and Williams believes they are more than ready for the task. “Their characters speak volumes on them. If I had to pick a team on character and not on talent, they would both be there,” he said. “They have that sacrificial mindset and that makes a big difference when it comes to Test cricket. They are opening doors for themselves and for us. I am extremely happy to have them and I value them massively. The workload that they do and the work ethics they have is massive.”

Zimbabwe have several options in the bowling department, particularly when it comes to spinners, but that’s not where Williams’ focus is. Although conditions are expected to favour slower bowling, he wants his quicks to come to the fore against the Afghan line-up. “Pace against them is a big thing so we are hoping our bowlers get an opportunity to have a crack at them,” Williams said.

That means Donald Tiripano and Victor Nyauchi will have a big job to do, as will Blessing Muzarabani, who returned to Zimbabwe last year after a Kolpak stint, and will play his first Test since 2018. “It’s a huge thing to have him back. His height, his pace, the bounce that he gets is a big thing for us, especially against a team like Afghanistan,” Williams said. “His leadership skills coming from the county scene is also a big thing for us and our bowling unit.”

Both Tests and all three T20Is will be played in Abu Dhabi.

‘This was a shocker of a wicket’ – Hardik Pandya critical of Lucknow pitch
Shafali ‘not going to be satisfied’, sets sights on senior World Cup
Ireland to stage Bangladesh Super League ODIs in England
Heat implode as ‘Canes keep season alive in epic final two overs | The BKT Finish
Joginder Sharma announces retirement from all forms of cricket