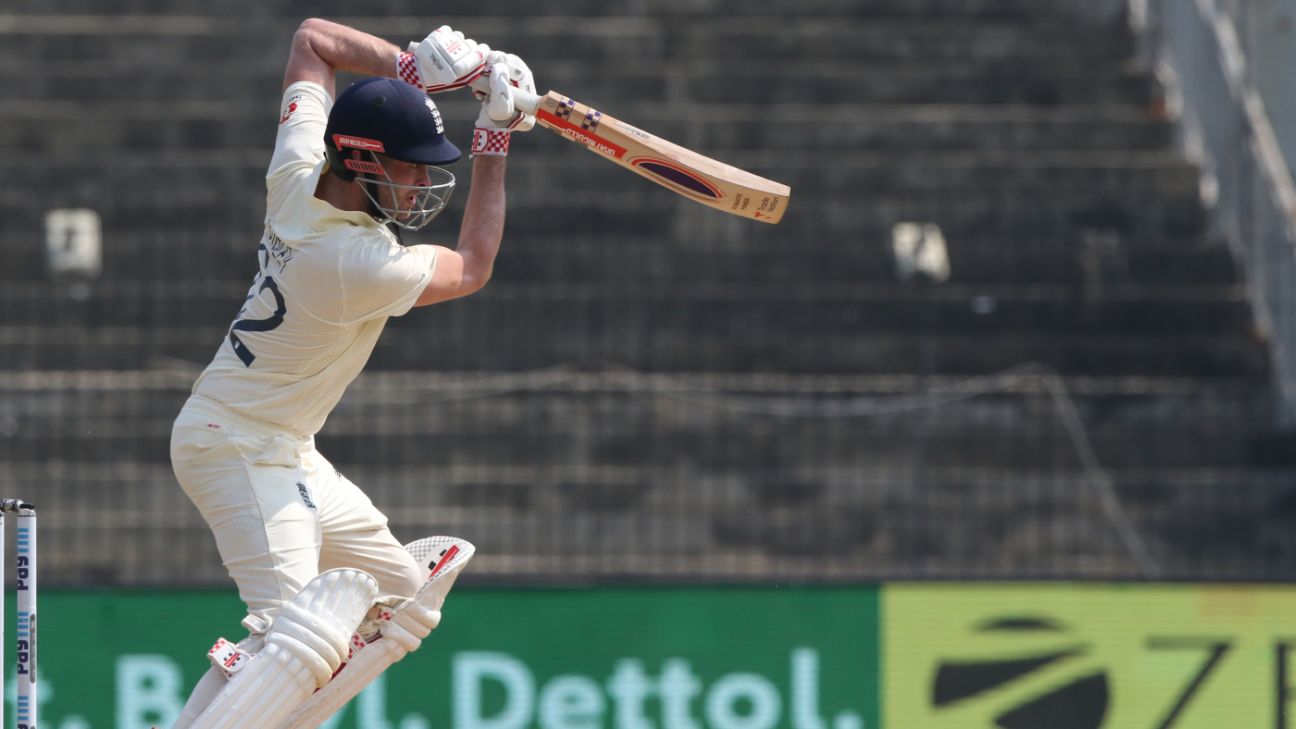 It has been a strange winter for Dom Sibley. While England’s white-ball players were in South Africa in December, Sibley was readying himself for the challenge of his first six Tests in Asia in surreal surroundings, batting in a marquee at the national performance centre in Loughborough. With snow on the ground outside, it made for an incongruous setting for preparation despite the use of dry, spinning pitches to hone techniques against the turning ball.

England’s first Test against Sri Lanka in January was his first first-class match on the subcontinent, and it showed: he was out three times in as many innings to the left-arm spin of Lasith Embuldeniya, making all of six runs in the process. He looked uncertain throughout his brief stays, with his footwork hesitant due to his apparent failure to pick the length early. With Rory Burns due to return from paternity leave in India, there were legitimate doubts surrounding his place in the side.

Those doubts were soon dispelled. He found a release shot, working the ball into the leg side as Dinesh Chandimal posted some generous fields in the final innings of the Sri Lanka series, and started the India leg of the tour by grinding out 87 off 286 balls as he batted through the first day of the first Chennai Test. Most reassuringly, he managed to negotiate the threat of India’s two frontline spinners, Shahbaz Nadeem and R Ashwin, surviving 79 and 78 balls against them respectively. Picking length no longer seemed to be such an issue for him, as he committed to getting fully forward or back.

But since then, his struggles have resurfaced. Sibley has made only 42 runs across his last five innings, falling twice each to Ashwin and Axar Patel and once to Ishant Sharma, and while there are no serious questions being asked around his place, he goes into the fourth and final Test on Thursday under pressure once more.

Reassuringly for Sibley, help is close at hand. Jonathan Trott, his former Warwickshire team-mate, was the instigator of his run-scoring glut at the end of the 2018 season after encouraging him to open up his stance, and working as a batting consultant with the England squad in India. Trott himself struggled in his first few Tests in India, making just 17 runs across the first two Tests of England’s 2012-13 tour, but found a method to succeed in the final two, compiling 87 in Kolkata and a rearguard 143 in Nagpur.

“He finished the Sri Lanka tour with a not out and a pretty good score, and started this series well in the first Test and hasn’t been able to build on that,” Trott said on Saturday. “I have full faith in his ability and the way he works at his game. Hopefully, these three Tests in India and the two in Sri Lanka will stand him in good stead for this fourth Test and he finishes the series really well.

“To come on a first Test tour of India is always tricky. I certainly found it tricky my first time and a lot of players do, just like some players find it tricky coming to England for their first tour, but I’ve every confidence in him doing well in the next Test.

“He’s got his options, it’s about executing them. His clarity is very good in that regard. He was unlucky when he went to sweep and the ball hit the back of his bat – he’s had a few things go against him. In the first Test, he missed a full toss and was out just before the close on day one. If he’d gone on there and got a nice big hundred … you need things to go your way sometimes. Hopefully, they do go his way in the next Test.”

The challenge for Sibley has been one that he identified as an area for improvement a long time ago: starting his innings against spin in difficult conditions. In England’s home summer, he worked with assistant coach Graham Thorpe on trying to be more proactive against spinners, but he looked frenetic in the second innings in Ahmedabad; finding a tempo that works on tough pitches has not proved a straightforward task.

“That’s the tricky bit, opening against spin and the ball is hard. Some skid on and don’t turn, and sometimes they do bounce and turn and go quite quickly because of the hardness. When that shine wears off and it grips the surface, it does it slower and you can adjust.”

Sibley’s greatest strength to date has been his ability to adjust to the challenges that have presented themselves. He looks set to be one of only three players to appear in all six of their Tests on this Asian tour along with Joe Root and Jack Leach, and is clearly highly-regarded by the team; if he can prove his adaptability once more then it will bode well for a long England career.