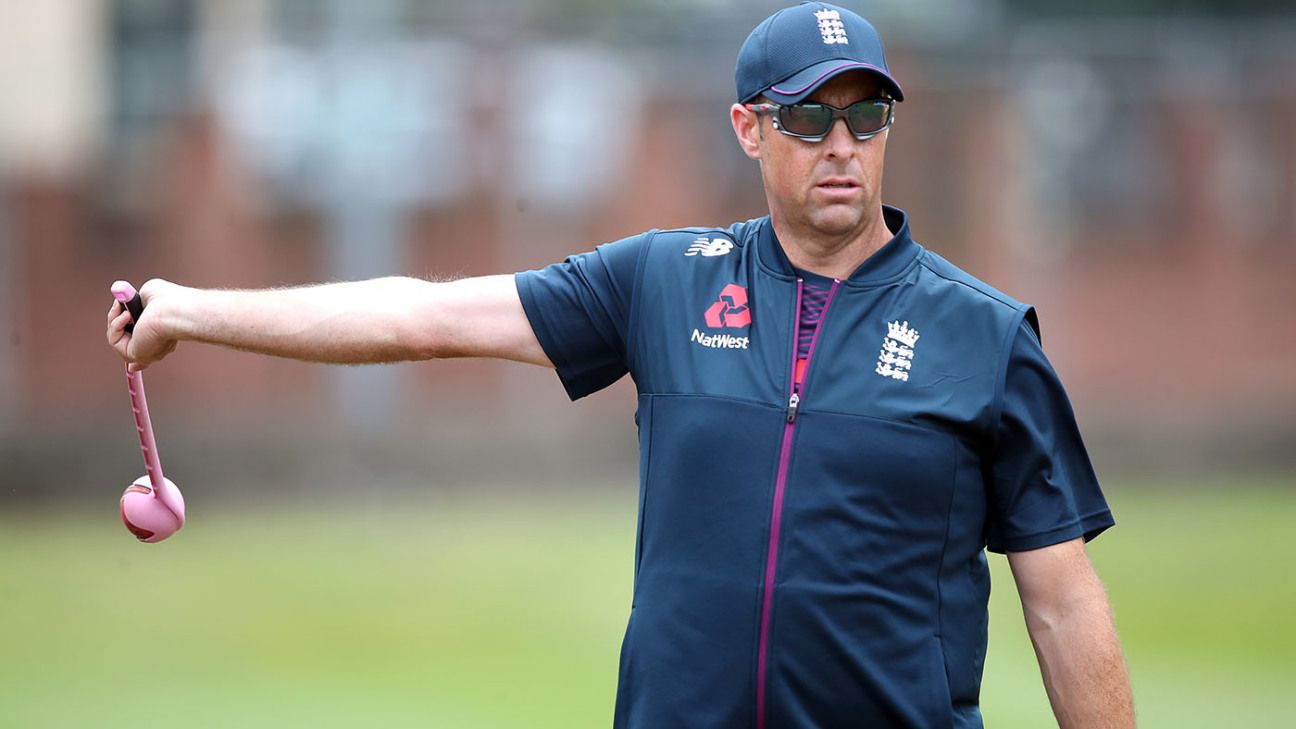 Marcus Trescothick has confirmed he is “ready to jump back” into touring life, but accepts he is still “building up” to the long trips usually undertaken by England players and support staff.

Trescothick was named as the ECB’s elite batting coach on Monday. As a result, he is expected to spend time on tour with various England teams as well as working with players throughout the talent pathways during the English summer.

But Trescothick, whose international career as a player was curtailed by issues with anxiety and depression that appeared to be exacerbated by periods away from home, admits adapting to the touring lifestyle is part of “an ongoing process”. As a result, he expects to spend no more than five weeks away from home on each individual trip.

“It’s an ongoing process for me,” Trescothick said when asked about the issue. “I think I’ve learned to adapt and progress where I’ve gone. I’ve gradually built it from a couple of days in Spain, to then going to Spain for a week. Then I did two weeks in Abu Dhabi.

“I’m gradually cutting my teeth on it just to get more confident. Every trip that I do, the more I realise how much I enjoyed the touring life. But that’s not to say I’m ready to jump back in and do six weeks or two months or three months away. That’s not what I’m ready for yet. And we’ve discussed that.”

Trescothick’s role is not quite the same as previous batting coaches. While Mark Ramprakash, for example, was with the senior England teams nearly all the time – which could mean three months on tour in a single stretch – Trescothick is also is also expected, at times, to work with players at U19 and Lions level as well, and with those identified for attention in county cricket. The likes of Graham Thorpe and Paul Collingwood will remain regular faces on England tours, with Trescothick utilised for shorter spells as required.

“Do I know how much touring I will do? Not exactly,” Trescothick continued. “We have discussed it and I’m ready to jump back on and do bits and pieces.

“Do I want to do three months in a row? No, I don’t. I’m building up to that sort of point. The little journeys I’ve done for a couple of weeks here or a month there: that works really well.

“I said I would do three, four, five weeks, I’m open to all that. It’s gradually getting easier for me. My kids are growing up and are less dependent on me and I’ve grown more and more confident to deal with it.”

While Trescothick was due to arrive in India last week with the England limited-overs party, he was obliged to pull out due to a family bereavement. But he has dipped his toe in the water of his new role already. He was part of the support staff on the limited-overs tour to South Africa just before Christmas and found that, without the pressures that plagued him as a player, he was much better placed to enjoy the experience. But while the anxieties may be diminished, he says the thrill of representing his country – albeit it in an indirect way these days – remains undimmed.

“I’ve loved it,” he said. “I know South Africa is a great place, but I really enjoyed my time doing those tours again. And it reminded me of the good bits that I did.

“It felt different because of the stresses and strains of playing the game and the intensity that goes with it [had gone]. As a coach, you work hard but in a different way. And that’s what I’ve really enjoyed. It’s given me the opportunity to be there, enjoy it for the right reasons in comparison to what I did before.

“I remember going to South Africa and walking out at the Wanderers with your [England] kit on. It feels so special. You dream of it. You look forward to it all your career. That’s not changed from being a player to being a coach.

“I was given an England helmet the other week and I took it home and I was like, ‘Oh, wow’. Just small things like that. The appreciation of what a special environment you are involved in. It’s still no different for me.”