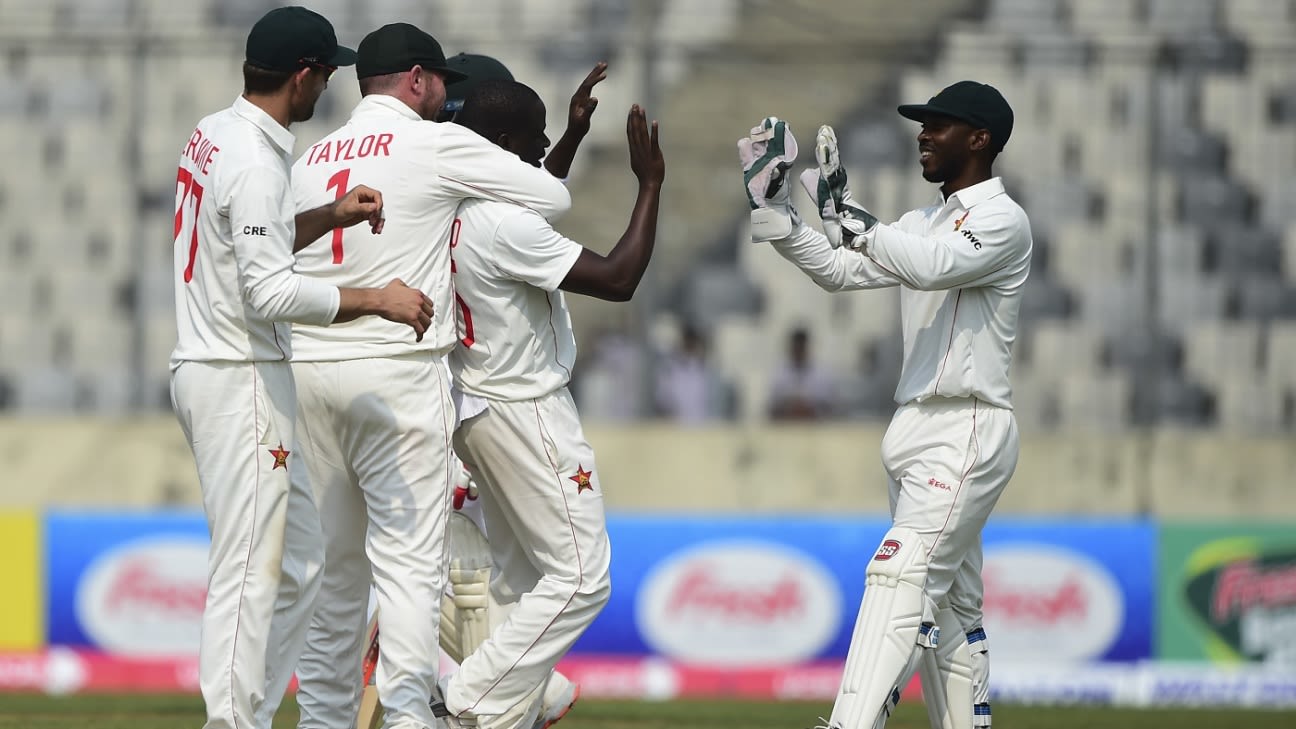 The A-Z of Test cricket will be on full display this week when, in Ahmedabad, India and England enter into the final tussle to decide the World Test Championship finalists and in Abu Dhabi, Afghanistan host Zimbabwe for a series that has no bearing on the points table at all.

In fact, it is only Afghanistan’s fifth Test, and their first since November 2019, while Zimbabwe have not worn whites in just over a year, since February 2020. In that time, India have played nine Tests and England 11; these two teams also have another five-Test series to look forward to in this year’s northern hemisphere summer. The issue of unequal distribution of fixtures, which South Africa have raised among their concerns with the ICC following the indefinite postponement of their series against Australia (who also pushed back series against Afghanistan and Zimbabwe) that was also due to kick off this week, means Afghanistan and Zimbabwe have to content themselves with what they can get. For now, it is each other.

It’s something of a restart for both sides with Afghanistan’s squad containing eight uncapped players and two teenagers in opening batsman Ibrahim Zadran and fast bowler Mohammed Saleem. They have given the captaincy back to Asghar Afghan, who was in charge for their first two Tests but then handed over to Rashid Khan, who has since been unburdened. The change has come at an opportune time because Khan is doubtful for the first Test after picking up a finger injury in the PSL.

Zimbabwe have also included some new names, largely necessitated by injuries and illness to some of the key players. Brendan Taylor, Craig Ervine and Kyle Jarvis are all out of the tour for health related reasons while Tendai Chatara, Chamu Chibhabha and PJ Moor have upper-arm, thigh and hamstrings niggles respectively. Former under-19 star Wesley Madhevere headlines the newcomers which includes left-arm pace bowler Richard Ngarava, while there are also returns for two-metre tall quick Blessing Muzarabani, batsman Tarisai Musakanda and batting allrounder Ryan Burl.

Afghanistan are still in the foundational phase of creating Test milestones and their No.3 Rahmat Shah has, so far, led the way. Shah is their first (and to date only) Test centurion and is two away from completing 300 runs in this format. He has established himself as reliable and responsible No.3 and will be key to their ability to post challenging totals in this series. Though there hasn’t been much cricket for Afghanistan to gauge form, Shah notched up his fifth ODI century in a series against Ireland in January.

The Emirates may not be the ideal place for Blessing Muzarabani to make his Test comeback but conditions aside, this is the most eagerly anticipated return for the visiting team. Muzarabani has only played one Test, and it was a pink-ball game in South Africa which lasted barely a day-and-a-half, so this series might as well be regarded as his first proper introduction to international cricket’s longest format and he will be keen to show what he can do. Since opting out of his Kolpak deal, Muzarabani has been a stand-out performer in white-ball cricket and his captain Sean Williams hopes that his height, the bounce he can extract and the pace at which he bowls will prove a strong secret weapon for Zimbabwe.

Khan’s absence presents Afghanistan with their biggest selection dilemma and they will have to lean on the limited bowling experience of Shah for legspin. Amir Hamza will provide left-arm spin while the No.8 spot could be occupied by a debutant. Hasmatullah Shahidi, who missed out on Afghanistan’s last Test against West Indies, will slot back into the top four.

The absence of Ervine, Taylor and Moor has opened the door for Madhevere to earn his first Test cap and Burl to return in the top five. Muzarabani will lead the pace attack, which includes Victor Nyauchi and Donald Tiripano while Brandon Mavuta’s legspin and Sikandar Raza’s offspin will ensure Zimbabwe have a varied attack.

Less than 24 hours before the Test, Williams had yet to see the playing surface but on previous evidence, surfaces in the UAE tend to be placid for the first few days before taking turn as the match wears on. Though Williams was keen to unleash his quicks on Afghanistan, it will probably be hard work for the pace bowlers, who will need to be at their quickest to get anything out of the track. Winter may be the most pleasant time to play in this part of the world, but temperatures are still set to get up into the 30s, with clear skies and no wind expected throughout. The series will be played behind closed doors.

“Our country is watching, all the way down to grassroots level. It might be the first time in more than 10 years since we’ve had our games live on ZBC. It’s a huge thing for us, and it gives us purpose.”

Rob Key: Rehan Ahmed’s Test fast-tracking was the plan all along
Liam Livingstone withdraws from BBL in major blow to the tournament
Jadeja, Dayal ruled out of Bangladesh ODIs
Meredith called up as Starc is rested for final ODI
“Wait For Right Time…”: Anurag Thakur On Ramiz Raja’s 2023 World Cup Warning