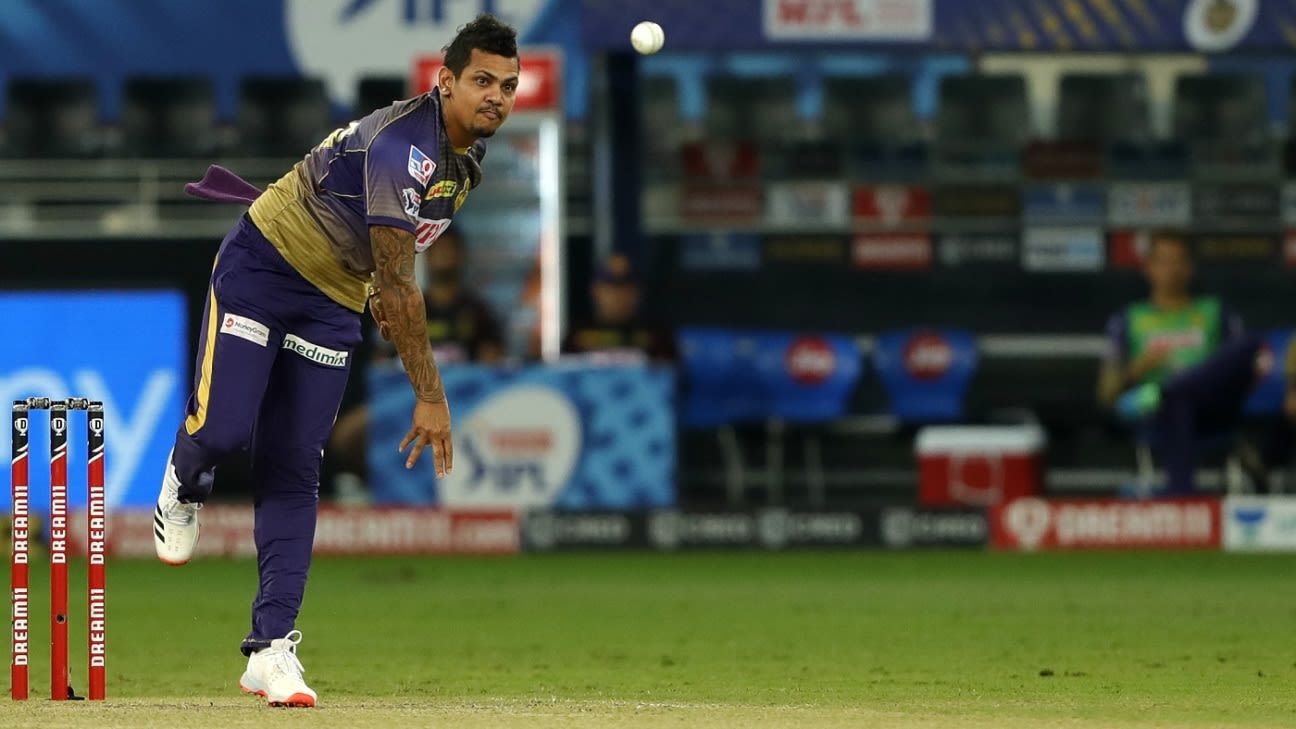 Sunil Narine‘s absence from West Indies’ T20I squad to play Sri Lanka next month came after he told the selectors that he was “not ready” to return to international cricket.

Narine played four games for Trinidad and Tobago in the Super50 Cup – though missed Saturday’s final through injury – but has not played for West Indies in any format since August 2019. He was placed on a ‘warning list’ amid suspicions of an illegal bowling action during last year’s IPL, but has since been cleared to bowl.

“Sunil Narine had indicated earlier that he is not ready to return to international cricket,” Roger Harper, Cricket West Indies’ lead selector, said. “He’s still fine-tuning his game and getting himself ready. From that perspective, he wasn’t considered for this series.”

In Narine’s absence, Akeal Hosein, Kevin Sinclair and Fabian Allen will be West Indies’ main spin options in the T20I series against Sri Lanka, which starts on Wednesday, March 3. Harper confirmed that Gudakesh Motie, the left-arm spinner who was the Super50’s leading wicket-taker going into Saturday’s final, had been considered for selection but said that the selection panel wanted to give Hosein another opportunity after his impressive performances in Bangladesh.

“He [Motie] certainly had an outstanding season and drew a lot of attention to himself,” Harper said. “But we must recall that we had just selected Akeal Hosein for the tour of Bangladesh. He acquitted himself very well and he’s a left-arm spinner, so naturally we continued with him in this series.

“You may have also noticed that we included young Kevin Sinclair who is another spinner, but he’s an offspinner. What he offers is, if needed, some variety and a different option. That was the reason that Motie was not selected and we chose Sinclair, [but] certainly Motie is at the forefront of our thoughts.”

West Indies will be without four players – Roston Chase, Sheldon Cottrell, Shimron Hetmyer and Oshane Thomas – during the white-ball fixtures against Sri Lanka, all of whom failed to reach the minimum fitness standards agreed with CWI. Hetmyer’s absence was a particular surprise after he hit 113 off 80 balls in the Super50 semi-final against the Windward Islands, but Jimmy Adams, CWI’s director of cricket, said there was no room for discretion.

“The policy asks for a minimum standard in certain aspects of fitness testing,” Adams said. “It’s pretty simple, and it’s something all the players are aware of: failure to get to [the minimum standard] makes them unavailable for selection.

“As is best practice around the world, there are going to be times when players for different reasons might be unable or incapable of achieving minimum standards across either the whole battery of tests or certain aspects of it, and there are exemptions that are given to these players.

“The four main areas that are considered would be age, individual physiological limitations, their injury history and their training history. This is standard across many high-performance environments and we’re no different. There are quite a few players at the moment who have been exempted under one of these four headings. It’s not a secret. It’s been communicated to players.

“This is not a conversation that we like having with players. For me, the minimum standard isn’t something that should apply to an international player. But we draw the line there before there are other considerations outside of just a person’s ability to bat, bowl or field. If you start talking about making it provisional on whether someone has made a score or taken wickets, it doesn’t take us as a team in the direction that we want to go.”

Harper also said that Thomas’ absence had been a key factor in Fidel Edwards‘ recall to international duty, more than eight years since his latest appearance for West Indies.

“As we build towards the defence of our T20 [World Cup], we’re looking to put together the sort of squad and team with the sort of players that will best serve us in that defence. What a player like Oshane Thomas offered us is the sort of firepower that can take wickets early and at the end, and really unsettle batsmen.

“With him not being available and not performing at the sort of level we expected of him, we looked for the type of bowler that can offer us that. When we looked around the only bowler we thought offered us that sort of pace and firepower and penetration at this time was Fidel Edwards.

“You’d recall our performance in some of the T20 games in New Zealand and where we were deficient. I would hope that the message that is sent [by Edwards’ selection] is the standard they need to attain, and that guys will work harder at developing their skills to reach that level.”

Last two T20Is set to go ahead in Florida after both teams get USA visas
Chakabva to lead Zimbabwe for ODIs against Bangladesh in Ervine’s absence
Day 5 Highlights | 2nd Test, Sri Lanka vs Pakistan 2022
SA cruise to 10-wicket win after SL shot out for 46
BCB to investigate sponsorship social-media post from Shakib Al Hasan