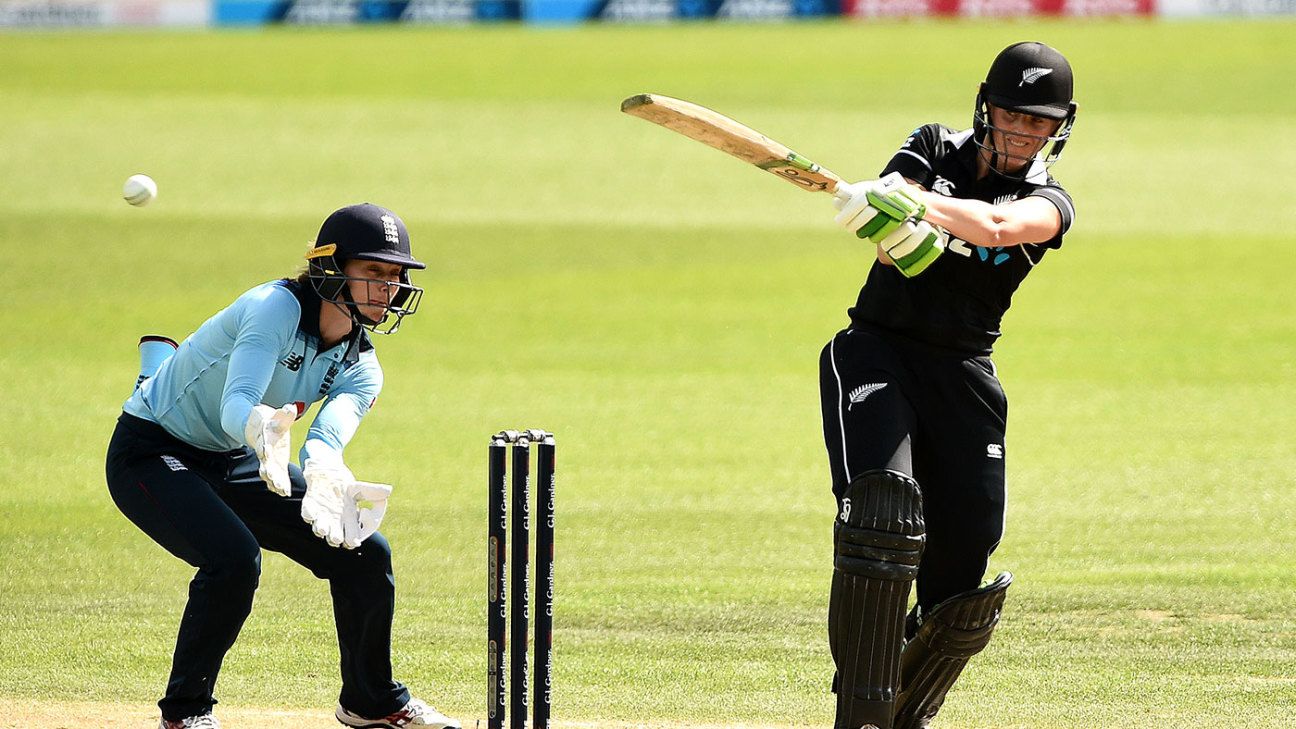 Amy Satterthwaite‘s seventh ODI century and a fine all-round display from Amelia Kerr carried New Zealand to a seven-wicket victory in the third ODI against England, ending a run off 11 consecutive defeats in the format.

During the course of her unbeaten 119, Satterthwaite became the third New Zealand batter to pass 4000 ODI runs and by the end was at the second place overall behind Suzie Bates having overtaken Debbie Hockley in the closing moments of the chase.

In a match that was played behind closed doors at University Oval after the Covid-19 alert level changes in New Zealand last night, England had been well placed on 115 for 1 but lost their way and fell 2.1 overs short of seeing out the 50 overs with Tammy Beaumont carrying her bat with her third half-century of the series.

Early in the chase, it appeared New Zealand’s batting line-up could misfire again as both openers fell in single figures. Then Sophie Devine was lbw to Kate Cross to leave them 51 for 3.

However, Satterthwaite took charge alongside Amelia, who had earlier cleaned up England’s tail to finish with 4 for 42, as an England attack without Katherine Brunt couldn’t build pressure against the pair. Either side of bringing up her century from 120 balls, Satterthwaite deposited Sophie Ecclestone and Sarah Glenn for sixes.

After England opted to bat first Danni Wyatt’s lean series ended when she was caught behind in the second over but Beaumont and Heather Knight added 109 to lay a solid platform. That changed when Knight was lbw to Amelia and a brisk start by Nat Sciver was cut off by Brooke Halliday.

New Zealand chipped away at the middle order with Devine striking twice as Beaumont started to run out of partners. Amelia’s legspin was too much for the lower order as the last three wickets fell for five runs.