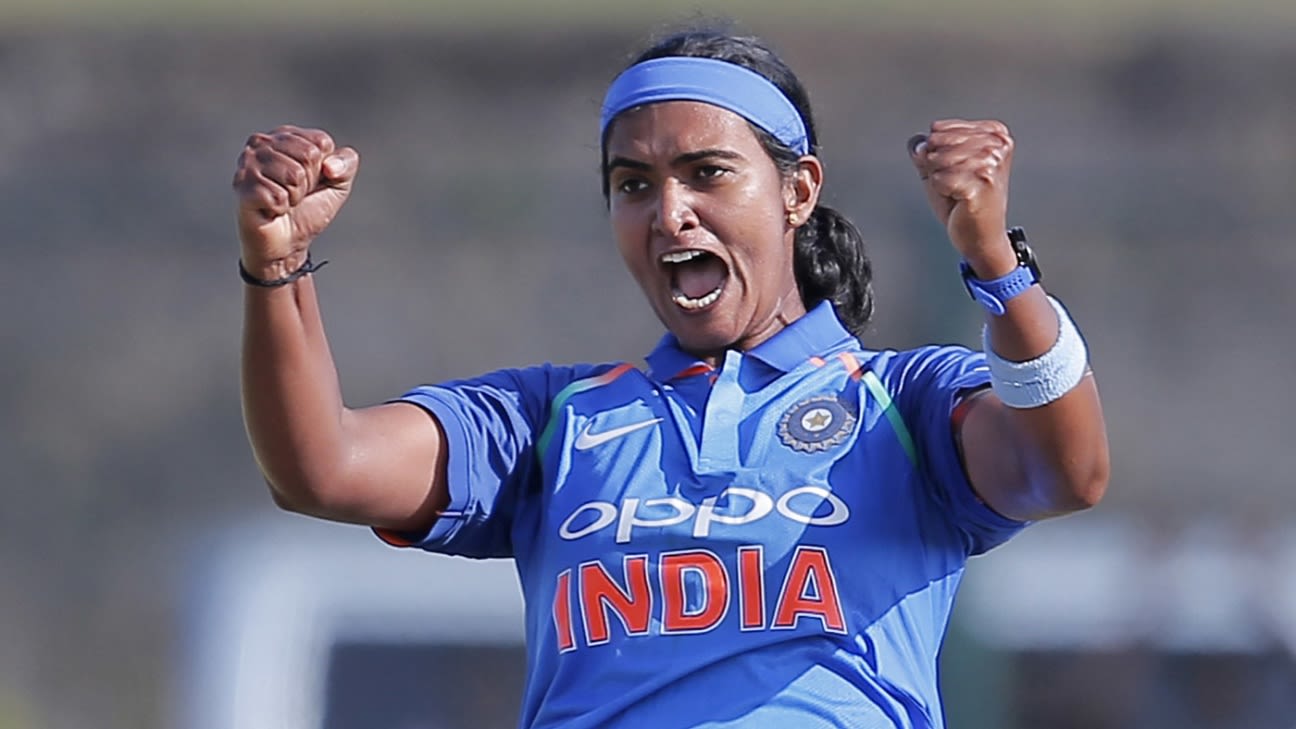 Allrounder Shikha Pandey and wicketkeeper Taniya Bhatia have been left out of India’s limited-overs squad for the women’s home series against South Africa in Lucknow. The series begins on March 7 starting with three ODIs followed by five T20Is.

Both squads have two frontline wicketkeepers: the returning Sushma Verma and uncapped Sweta Verma. The team management can also use the services of 16-year old Richa Ghosh as a wicketkeeping option, if required, for the T20Is.

Sushma last played the last of her 38 ODIs in April 2018, while her previous T20I appearance came even earlier, at the Asia Cup in Thailand in December 2016. While her wicketkeeping wasn’t in question, she was eventually left out due to her batting form. Sushma has a highest of 41 in 21 ODI innings, while her T20I best is 12 in six innings. Meanwhile, this is Swetha’s maiden call-up. She represents Uttar Pradesh in the domestic circuit.