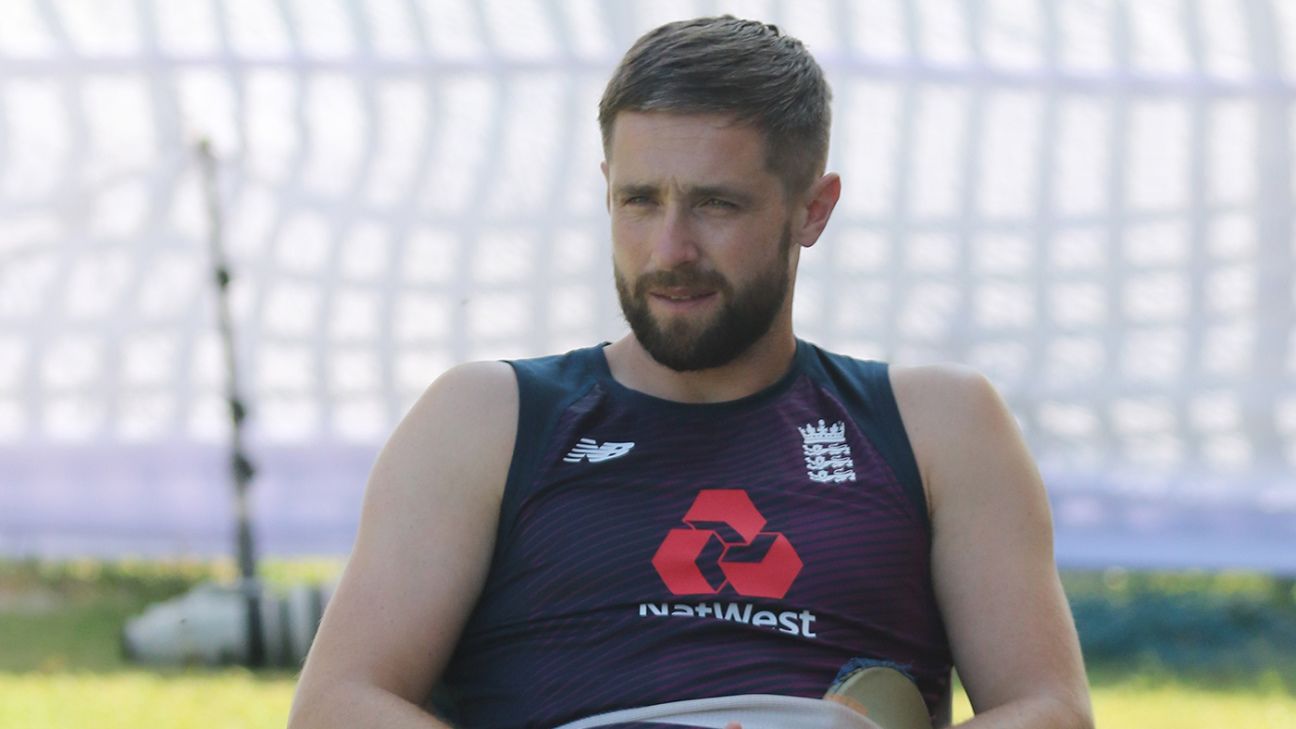 Allrounder to return for ODI series in March, having played no matches in three countries

England will not be able to call upon Chris Woakes for next week’s fourth Test against in Ahmedabad, after he left the tour on Thursday for his pre-arranged break from the team’s bio-secure bubble.

Woakes, 31, has endured a frustrating winter with England, having been involved in squads in South Africa, Sri Lanka and now India without playing a single game.

He travelled to South Africa for England’s white-ball tour in December, but having sat out the T20I leg (his last such match came in 2015), the ODI series was then cancelled due to concerns over the implementation of Covid protocols in the team hotel.

Next, Woakes’ chances of pushing for a place on the Sri Lanka leg of England’s Test tour were kiboshed from the outset, after his Birmingham-based travel companion Moeen Ali was diagnosed with Covid-19 on arrival in the country in January, meaning that both men were required to undergo an extended period of quarantine.

Woakes was then left out of the first three Tests against India, including this week’s pink-ball Test – which might have been his one realistic shot at involvement, given England’s belief that the conditions may have favoured seam bowling.

However, his prowess with the bat was overlooked in favour of a reunion of England’s old guard, James Anderson and Stuart Broad, neither of whom took a wicket as spin dominated for both teams in the two-day finish.

In keeping with the ECB’s policy for all of their multi-format players, Woakes now returns home to be with his wife Amie and their two young daughters, Ella and Evie-Louise, who was born in October.

Already this year, Jofra Archer and Ben Stokes have missed the Tests in Sri Lanka, as did Rory Burns, who was on paternity leave, while Jonny Bairstow and Mark Wood flew home for the Chennai leg of the India tour.

Jos Buttler, Sam Curran and Moeen are also unavailable for the remainder of the series, but will return to the squad next week to prepare for the five-match T20I series that starts on March 12.

One squad player who may yet come back into the side for the fourth Test in Ahmedabad is the spinner Dom Bess, who was dropped in favour of Moeen in Chennai despite claiming 17 wickets at 22.41 in his three Tests against Sri Lanka and India.

The England management had been concerned that Bess lacked the control to restrict India’s batsmen on turning wickets – a view partially vindicated by the performance of his de facto replacement, Joe Root, who took the startling figures of 5 for 8 in 6.2 overs at Ahmedabad.

However, with the fourth-Test wicket every bit as likely to offer turn from the outset, and at least one of England’s three seamers likely to be surplus to requirements, there’s an obvious opportunity for Bess to return to the line-up.

“He’s in contention,” Chris Silverwood, England’s head coach, said. “He was left out of this one because of the potential movement we could have got out of the pink ball. In training, we thought how do we make best use of this pink ball and who we have available?

“We’ve got two bowlers in the top 10 [Broad and Anderson] and if they can move the ball around, they’re a handful. So from Bessy’s point of view I wouldn’t read too much into that. He’s played an important part in helping us win games in the past and I’m sure he will do again in the future.

“He’s been great around the group,” Silverwood added. “We’ve got a good group here who do get around each other and help each other out, keep each other going. You have to do that in bubble life, which is what we’re living in at the moment. We’re lucky we’ve got that sort of environment.”