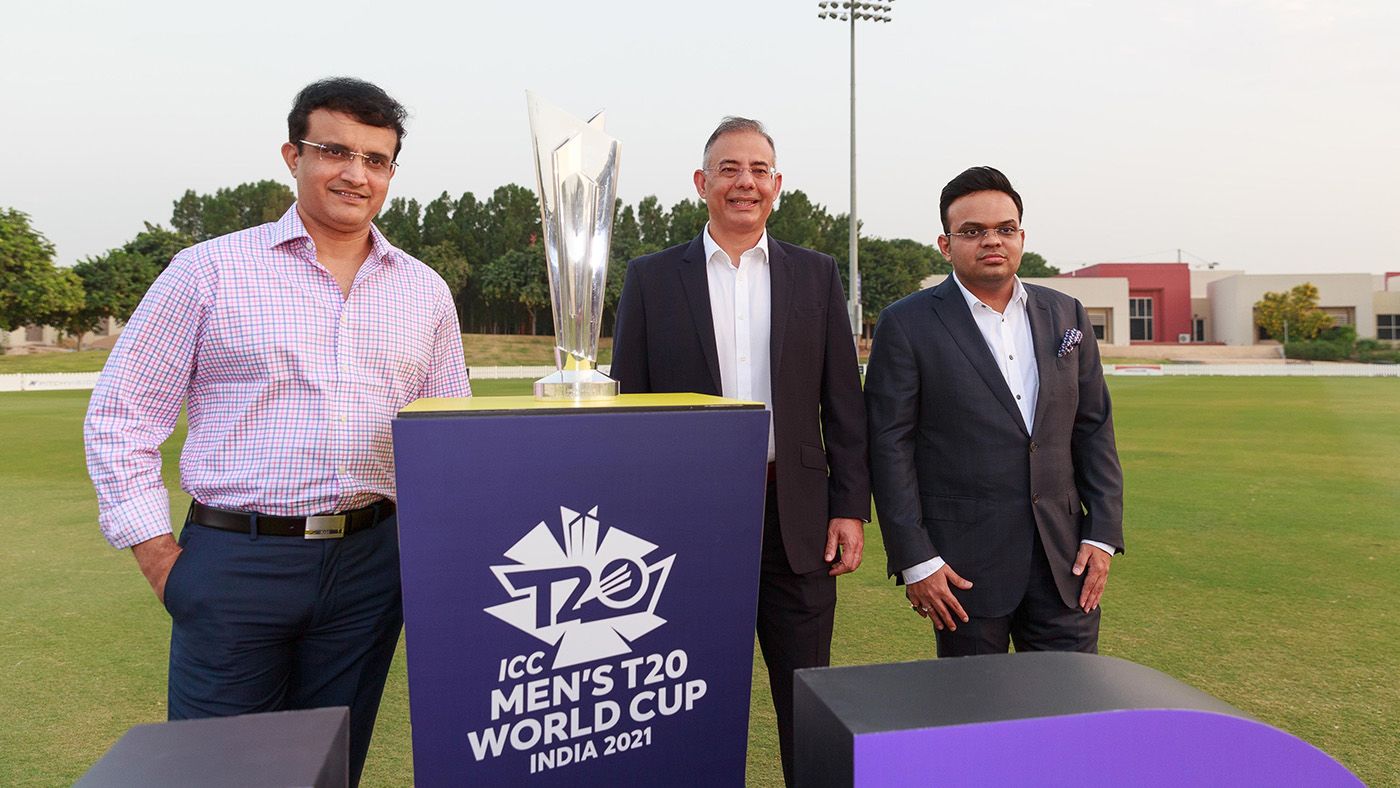 The Indian board would prefer for tournaments to be allocated, as they have been before

The BCCI has again expressed its unhappiness at the ICC’s new bidding policy to find hosts for its global events in the 2023-20131 cycle. The reservations are not new but were reiterated at a meeting for ICC members on Wednesday.

The meeting wasn’t a formal ICC Board meeting, but one with relevant members with a single point on the agenda – the events hosting process from 2023. The BCCI was represented by its current president Sourav Ganguly, the first big meeting he has attended since he was hospitalized twice recently after suffering a heart attack in January.

The decision to get members to bid to host events was a marked departure from how event locations were decided upon in the previous eight-year cycle: all the major global men’s events were essentially divvied up by the Big Three of Australia, India and England between themselves. On the surface, it would seem none of those three boards are especially happy.

In February last year the ICC sent out an email to all members, Full, Associate and Affiliate, asking them to tender expressions of interest for any of the 20 global tournaments – in both men’s and women’s cricket – listed in the 2023-31 cycle. To lobby interest Manu Sawhney, the ICC’s chief executive officer, went on a whistle-stop tour visiting a number of countries but not India. The objective, Sawhney told countries, was to make cricket a more global sport. A number of members have expressed interest, including the PCB, who have said in the past they would put in joint bids with the Emirates Cricket Board. However, none of the BCCI, ECB and Cricket Australia expressed any interest.

Issues with the bidding process are part of a broader battle between the Big Three and ICC management, and some of the other Full Members; the BCCI, ECB and CA are also opposed to the ICC plan for an extra global event in the next cycle, which will ensure one global tournament is played every year from 2023 to 2031.

The BCCI’s main objection has been that when the original decision approving the extra set of events was taken, during an ICC Board meeting in October 2019, the Indian cricket board did not have an elected administration. That meeting, though, was attended by former BCCI secretary Amitabh Choudhury, who did not have the consent from the Supreme Court-appointed Committee of Administrators, which was supervising the BCCI until October 2019.

Nonetheless, at the time the BCCI chief executive officer Rahul Johri, sent out an email to the ICC stating the final decision on an extra event in the 2023-31 cycle should be put on hold until an elected administration took seat. As for the number of events including the extra world tournament, Johri noted that it would have “wide ranging” repercussions on the bilateral calendar and should not be taken in a rush.

Ganguly’s administration has carried forward that objection. Before Ganguly, Arun Dhumal, the BCCI treasurer, too, is understood to have raised similar objections at the ICC chief executive committee meeting recently. Although Ganguly was unavailable, a senior BCCI official confirmed to ESPNcricinfo that India remained opposed to the ICC decision.

The root of the BCCI’s objection does not lie completely in a potential expansion of the hosting market, though that is part of it. But there is also an objection to being asked to bid. They would prefer for events to be allocated, as they have been before. According to the official India, Australia and England should have been given priority for the marquee events. “Why should one bid?,” the official asked. “Why is there a bidding process when India, England and Australia have not even bought the bid document? Cricket is not like Olympics or football where 100 countries are vying for the interest? Out of the top 10 countries there are just three who have the infrastructure and skillsets to host it. It has to come by rotation. You cannot ignore these three countries and think of hosting it in smaller countries.”

At the negotiation table Ganguly has been more open to potential expansion, to explore both old and new markets. The BCCI, for instance, would be supportive of a men’s World Cup held in Africa, co-hosted by a number of countries including South Africa. It also is backing a global T20 event in the Americas. But it does want to ensure that some of the marquee events are hosted in old and established markets like India.

The official also pointed out that the Covid-19 pandemic has changed the wider economic landscape across the globe and that would have an impact on smaller countries bidding for an event. The biggest challenges, the official pointed out, would be paying a hosting fee to the ICC, creating the infrastructure and sustaining it. Even bigger countries like the USA might struggle where cricket remains a minority sport despite the large diaspora.

Despite strong reservations from the BCCI, an ICC Board member said that the differences were not insurmountable. Another person, privy to the developments, said that the ECB had not bought any bid document also because it was said to be concerned by one pre-condition which called for total government support in hosting a world event. The ICC has not been satisfied with financial returns from the three world events hosted in England: the 2017 Champions Trophy and the women’s ODI World Cup and the 2019 men’s World Cup.

India’s own position as a potential host is not straightforward, given that a long-running tax dispute between the board and the ICC is yet to be resolved.

Discussions are expected to continue until the next ICC board meeting in March.