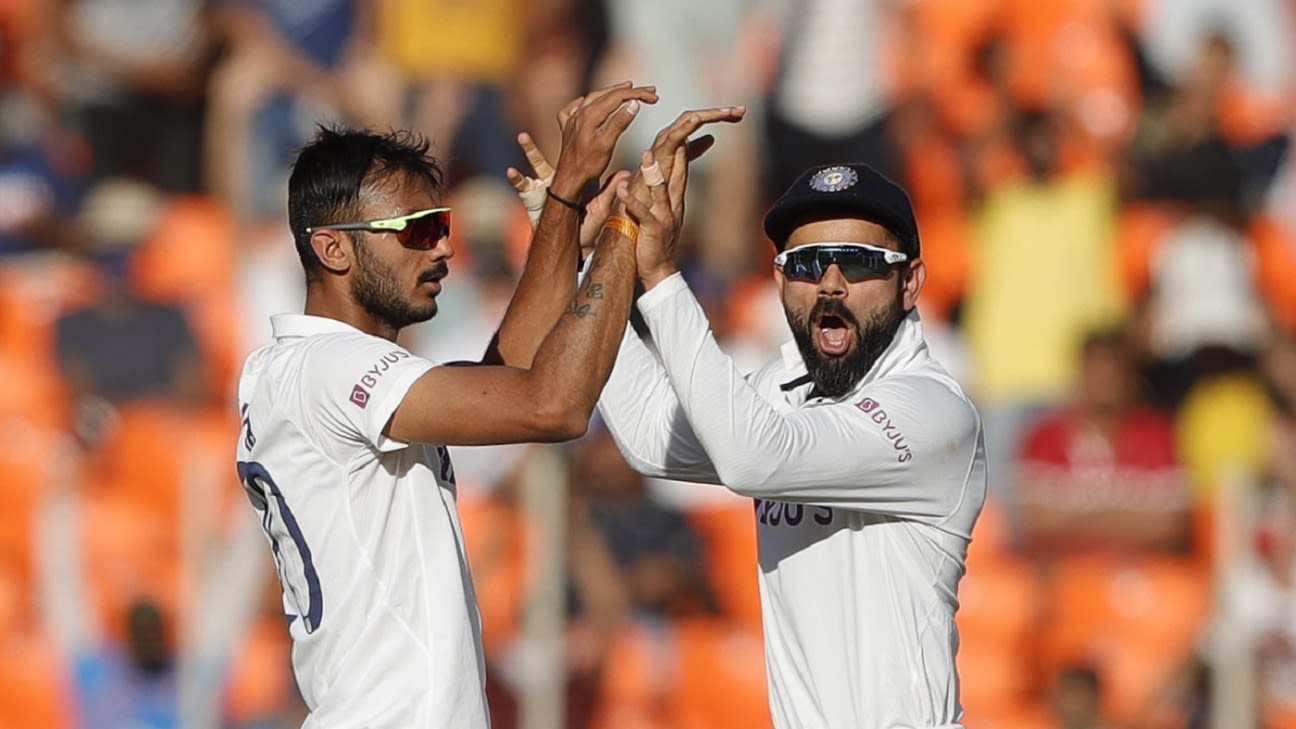 With the visitors all out for 112 and 81, and India crumbling to 145 in their first innings, Kohli said that batsmen from both sides showed a lack of application. However, Kohli added that the quality of his two primary spinners Axar Patel and R Ashwin – who took 18 of the 20 England wickets – was the eventual difference in the Test that now gives the hosts a 2-1 lead with one match to go.

“The toss result didn’t go our way but I don’t think the quality of batting was at all up to standards from both teams,” Kohli said at the post-match presentation. “I know England got bundled out early, but even with our innings, we were 100 for 3, hoping to make many more than we ended up with. [There was] just a lack of application from both sides. [It was] a very good pitch to bat on – especially in the first innings – and it felt like the ball was coming on nicely with the odd-ball turning. It was just, I would say, below-par batting from both teams. Our bowlers were much more effective and that’s why we got the result.

“It was bizarre that out of the 30 wickets, 21 were off straight balls. I feel that’s just a lapse of concentration, indecision or too many things going in your head as a batter where you are playing for the turn, but getting beaten on the inside. I feel like batsmen need to trust their defence much more than they are presenting at the moment, and Test cricket is all about that – you are not going to get results in two days all the time – and this was a classic example of batsmen not applying themselves enough, and maybe that’s why [it was] such a quick game.”

In the only other pink-ball Test in the country – India vs Bangladesh in Kolkata in 2019 – it was India’s pacers who dominated proceedings but in Ahmedabad, they bowled only 11 overs in the whole Test, with none at all in England’s second innings. Kohli said that with the spinners troubling England so much, the pacers had to take the back seat in this match.

“Bumrah said that ‘I’m getting workload management while playing the game’ while Ishant said that ‘it’s my 100th Test and I can’t get to bowl!” Kohli said. “I said you have to blame this guy [pointing to Axar Patel] who is coming in and bowling in areas that is making life difficult for the batters. The spinners were outstanding in this game, and there was no room for the others to come into the game. A lot of guys didn’t get into the match, and it was just a bizarre game. I don’t think I have ever been part of such a Test match, where things move so quickly, and you wrap it up in two days.”

During the course of the day, Ashwin picked up his 400th Test wicket, to become the second-fastest (in terms of time from debut) to the achievement.

“It’s unbelievable,” Kohli said. “We all need to stand up and take notice of Ashwin’s contribution to Indian cricket. I told him that from now on, I’ll call him ledge [for legend]. Getting 400 is an outstanding achievement, and still so many games and years to go for India. In Test match cricket, he is surely a modern legend and we’re just lucky to have him in our team. As a captain I am so pleased he plays for us.”

As for Patel, who took 11 wickets in his second Test, Kohli said that the bowling allrounder has filled the big gap left by the injured Ravindra Jadeja. Kohli also revealed why exactly Patel was bought into this line up.

“When Jaddu got injured, I’m sure a lot of people [in the opposition] must’ve been relieved. But this guy comes in, bowls probably faster than Jaddu, from a greater height. I don’t know what’s the case with Gujaratis and left-arm spinning allrounders, they seem to be a nightmare for batters,” Kohli laughed and said.

“It’s a testimony to his hard work, his accuracy, which is exactly why we picked him. It’s impossible to sweep him, it’s impossible to defend him all day. For Axar to come in and do this is outstanding.”

Patel, while collecting the Player-of-the-Match award, said that his success has been a result of his ability to maintain a stump-to-stump line against the England batsmen. Since making his debut in the second Chennai Test, he has taken three five-wicket hauls in four innings, and he said that he finds that the temperament of modern batsmen – to try and attack after a few quiet overs – plays into the hands of someone who operates in his manner.

“It looks easy when it clicks, but really tough when it doesn’t,” Axar said. “My strength is that I bowl wicket-to-wicket and don’t give a lot of room to the batsman so that I get a wicket when he makes a mistake. This is what I think while bowling – that I need to make it as much difficult as possible for batsmen to score runs. There is this mindset of batsmen that when they play one or two maiden overs, they try and sweep or play on the up. So I try and bowl as many dot balls to them as possible, which would create pressure and get wickets.”

Ending the conversation with the broadcasters on a lighter note, Patel said that as long as he is getting the wickets, he doesn’t mind the lack of runs from his bat, having scored just seven runs in three innings.

“Now that I’m getting wickets, no one has joked about that,” he said. “Another two or three matches, and I think this joke might happen. But it’s good that if not with the bat, I’m contributing with the ball and that’s the positive I’m taking with me. I hope that [the next match has a similar surface] and also that I continue performing like this.”