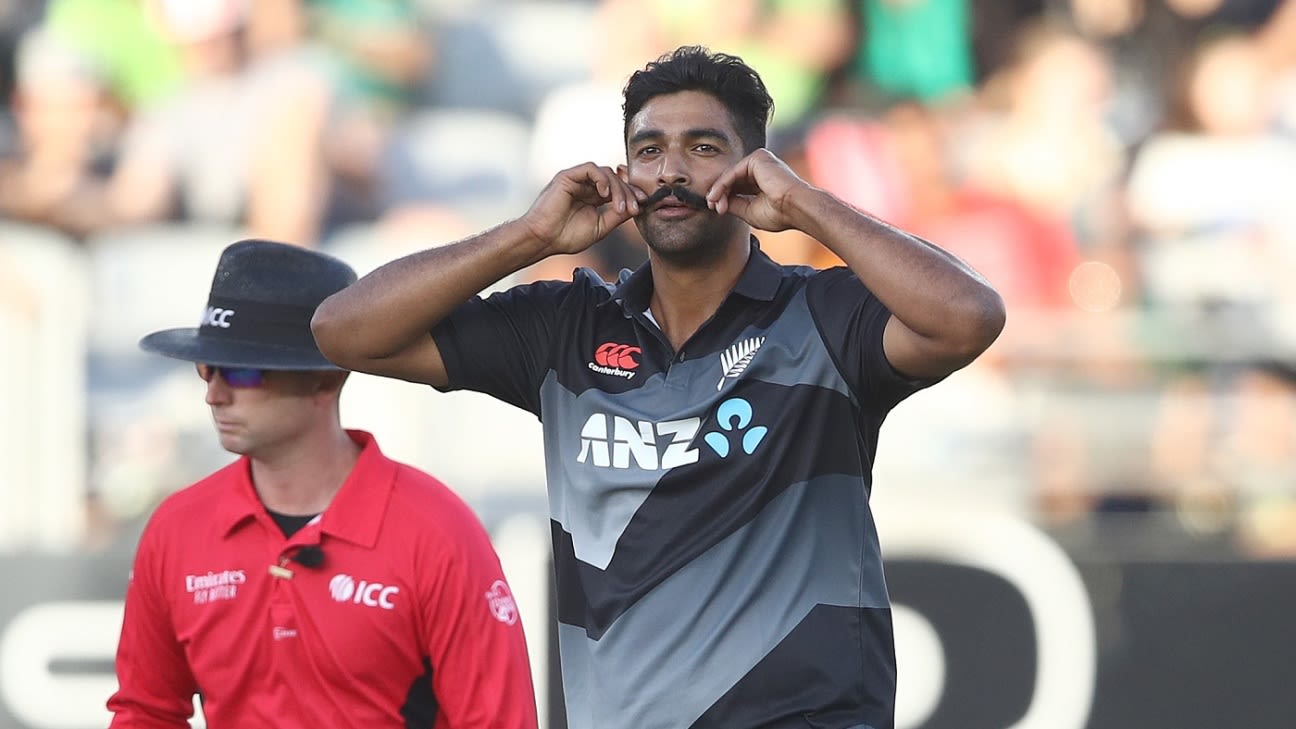 Sodhi had gone unsold at the 2021 IPL auction

Ish Sodhi, the New Zealand legspinner, will feature in IPL 2021 in a managerial role. After going unsold at the auction, he has now been signed as the team liaison officer by the Rajasthan Royals, a franchise he played for in 2018 and 2019.

In this new role, Sodhi will work closely with Kumar Sangakkara, the team’s new Director of Cricket, and Jake Lush McCrum, the chief operating officer, thereby contributing “both towards cricket and operations vertical”.

“The Royals are an innovative, dynamic franchise that plays an entertaining brand of cricket, and I am delighted to rejoin my IPL family to work across the board,” he said in a statement.

The role is slightly different from the one he was supposed to play in IPL 2020 – that of a spin consultant and operations executive. However, he couldn’t take up the role because the IPL’s change of schedule from the regular April-May window to mid-September clashed with New Zealand’s domestic season and the birth of his first child.

“Last year I expressed my interest in exploring the management side of the franchise, and the Royals management team was very supportive, offering me a role to enable me to begin my off-field journey,” he said. “I’m looking forward to supporting the coaches and the business operations of the team through which I’ll really develop my cricketing and management skills.”

In eight games across two seasons for the Royals, Sodhi picked up nine at an economy of 6.69. While he isn’t part of New Zealand’s Test plans now, he’s still on their radar for limited-overs cricket and is currently part of the squad for the five-match T20I series at home against Australia.

He’s also active in a few other T20 leagues, particularly in the CPL, where he currently represents St Kitts & Nevis Patriots. Overall, Sodhi has 180 wickets in 166 T20 matches, with a best of 6 for 11 for the Adelaide Strikers against the Sydney Thunder in BBL 2017-18.

Starc: I have a pretty good relationship with Langer
Mark Wood in doubt for first Test after World Cup hip injury
Afghanistan opt to bat; Dhananjaya Lakshan in for Sri Lanka
Rehan Ahmed could become youngest man to play a Test for England after call-up for Pakistan tour
Shakib Al Hasan Returns As Bangladesh Name Squad For India ODIs