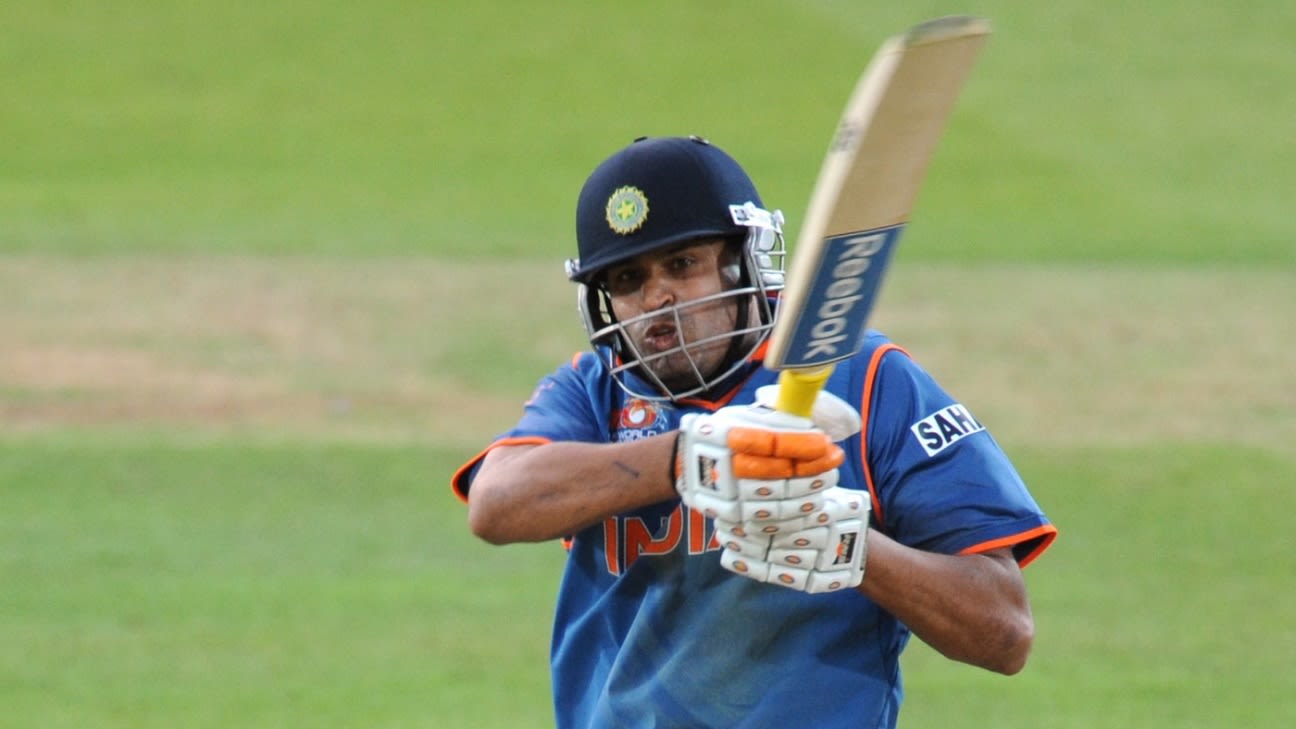 “Time has come today for me to put a full stop to this innings of my life,” 38-year-old allrounder says

Yusuf Pathan, the big-hitting allrounder who was part of the Indian teams that won the 2007 World T20 as well as the 2011 World Cup, has announced his retirement from all forms of the game. “The time has come today for me to put a full stop to this innings of my life,” Pathan, 38, said in a statement, which he released on social media.

He made his first-class debut for Baroda in the 2001-02 season, not long after he had made a name as a batsman who could hit a long ball and an offspinner who had a knack of picking up wickets when he was picked in the Baroda Under-16 team. He moved up the rungs quickly, but it took him a while to establish himself in the Baroda senior team, which he succeeded in doing only in 2004-05.

I thank my family, friends, fans, teams, coaches and the whole country wholeheartedly for all the support and love. #retirement pic.twitter.com/usOzxer9CE

His ability to score runs quickly – he had the highest strike rate in the 2006-07 Ranji Trophy (minimum 200 runs) – coupled with impressive performances in the 50-over Deodhar Trophy and domestic T20 tournament in the 2006-07 season was rewarded with a spot in India’s squad for the 2007 World T20. He didn’t get a game till the final against Pakistan, though, in which he opened the innings with Gautam Gambhir and scored an eight-ball 15. India won the final by five runs, with the younger Pathan, Irfan, winning the Player of the Match award.

By the time the 2011 World Cup came around, Yusuf was an established member of India’s white-ball sides, and played six games in India’s triumphant run, scoring 74 runs at a strike rate of 115.62 and bowling 35 overs for an economy rate of 4.77 – he picked up just one wicket.

He was also a major cog in the Rajasthan Royals wheel in their run to the title in the inaugural IPL, when he scored 435 runs with four fifties at a strike rate of 179. He also recorded the fastest half-century of the competition, off 21 balls against the now-defunct Deccan Chargers. He was also the Player of the match in the IPL 2008 final, taking 3 for 22 in four overs and then hitting 56 off 39.

In February 2010, after a spell out of the Indian team, he put his name back in the forefront with a 190-ball, unbeaten double-century as West Zone sealed the highest first-class chase ever in the 2010 Duleep Trophy final.

Visa issues delay Usman Khawaja’s travel to India
‘Mate, we can do it. I have full faith in ourselves’
Joginder Sharma announces retirement from all forms of cricket
NZ chief selector hopes Boult will play ODI World Cup
The worst leaves of the 2021-22 summer