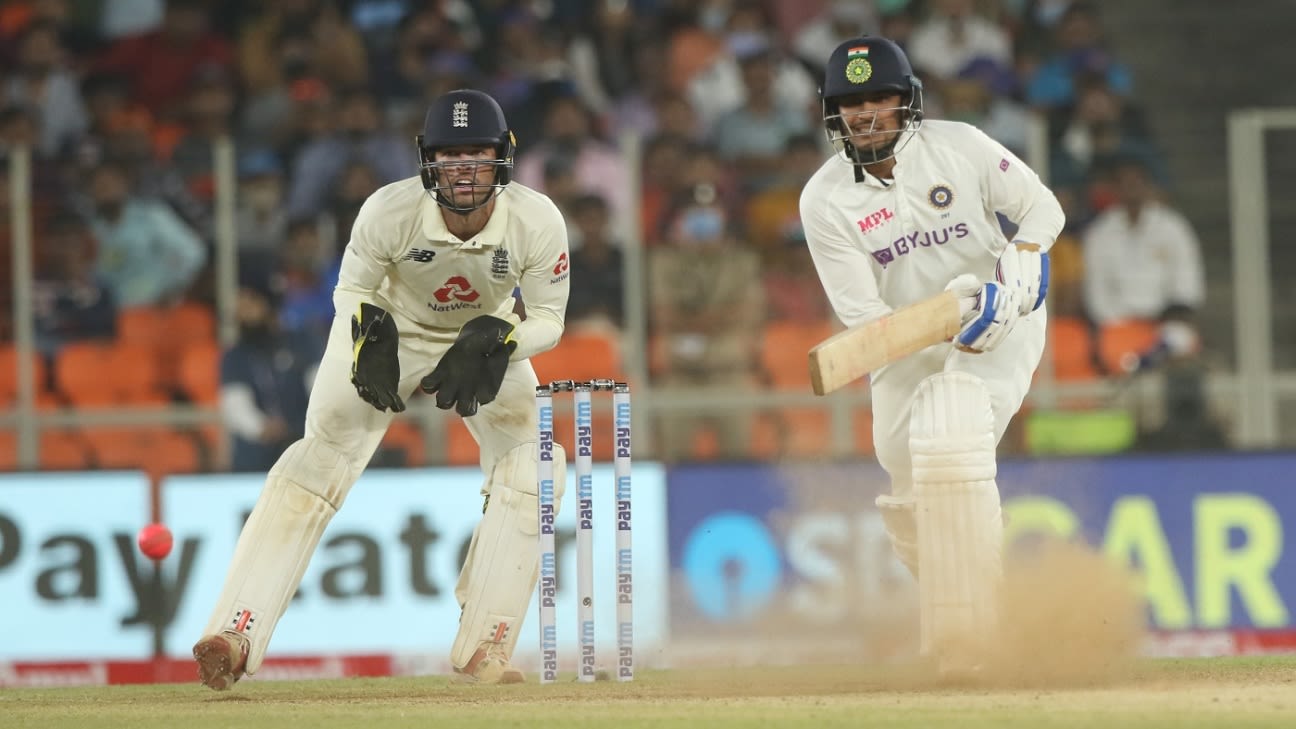 Was the Ahmedabad pitch poor?

The first Test at the new Narendra Modi stadium will be remembered as the shortest one ever played in India. This day-night Test, the first first-class match played at the ground since 2013, will also be remembered as the shortest completed Test globally since 1935. It had no place for the fast bowlers, who took only two of the 30 wickets to fall. The match finished 98 minutes before end of play on day two, forcing Indian captain Kohli to term it as the most “bizzare” Test he had played in his career.

But what about the performance of the biggest protagonist of this two-day drama: the pitch? While purists labelled it as definitely poor, Kohli called it “very good”, and, instead blamed the batsmen on both teams for coming up with an “under par” performance against good spin bowling.

“[It was] a very good pitch to bat on – especially in the first innings – and it felt like the ball was coming on nicely with the odd-ball turning,” Kohli said. Axar Patel and R Ashwin hounded England for a second successive day, to help India take a pivotal 2-1 series lead in the four-Test series. The defeat eliminated England from the race for the second finalist spot in the World Test Championship, to be played in June.

What confounded Kohli was the fact that nearly 21 out of the 30 wickets fell to the straighter delivery from the spinners. “It was just, I would say, below-par batting from both teams. Our bowlers were much more effective and that’s why we got the result,” he said.

Not everyone agreed with Kohli though. Among those who differed included two former England captains – Strauss and Cook, who felt Kohli was being protective of the groundsmen. Both Strauss and Cook are experts for Channel 4, the series broadcaster in the UK.

According to Cook, who led England to a 2-1 series victory on the 2012-13 tour in India, the degree of turn on offer for the spinners was too much and came into play way too early. “We saw a stat that says this pitch has spun more than any other pitch in India,” Cook said. “There’s been so many other balls that have gone straight on as well. So that means when it is turning, it is turning miles. When you see the highlights and the ball skidding on you, we don’t see the build-up: when the exact same ball is spinning miles.”

Cook said the pitch was the main cause behind the batsmen’s struggles. “Virat Kohli’s come out and defended the wicket almost as if it’s a BCCI thing – it cannot possibly be the wicket. Yet it was so hard to bat on that today. So hard.

The batting from both teams was awful! The wicket wasn’t horrendous! It’s just that the batting was dreadful!

21/30 wickets were from straight balls! Nothing dangerous!

That’s all! See you in india next week and I’m bringing my kit…my golf kit!

“Take the wicket out and blame the batsmen? We’ve got Virat Kohli, Joe Root, we have some great players of spin. Yes, we’ve got some people who have got to learn to play spin better, but we have got great players of spin also struggling. To me It’d be great to have that game with the red ball to see the difference when the ball is skidding on. Today trying to play properly, it was nigh-on impossible.”

Strauss echoed his former opening partner’s remarks and used England captain Root as an example. “Look at Joe Root for a moment. We know he is a great player of spin,” Strauss said. “He is in great form as well. What did he get – 19 today? Might have been out two or three times en route to getting that score. And by the way, that’s day two of a Test match. To say the pitch has no fault to play, I totally agree with Cooky. Kohli’s looking after the groundsmen there to a certain degree.”

Strauss felt the “balance between bat and ball on this pitch” was skewed “just too much in the favour” of the spinners. And he posed the same question for former India fast bowler Ajit Agarkar, who spoke to Channel 4 during the dinner break on Thursday.

Agarkar did not disagree with Strauss and said he understood the debate surrounding the pitches including the surface for the second Test, which was played in Chennai last week. “The thing is how quickly it happened, so I’ve got to agree with you that perhaps not a second-day pitch,” Agarkar said. “Chennai (second Test) was a little bit different. It [Ahmedabad] was dry, there is no two ways about it. Whether it is a fair contest or not? I mean, look, it is a different sort of a challenge, isn’t it? Again, it is not easy. It is difficult to bat on this patch. But is it a 112 and 145 pitch? Not in my opinion.”

For former India captain Gavaskar, who is a commentator for the host broadcaster in India, the Ahmedabad pitch was “challenging” but not insurmountable as Rohit Sharma, the highest scorer in the match, had shown. “It was a challenging pitch, no question about it because the odd ball was turning, the other ones were coming straight,” Gavaskar told Star Sports after India’s victory. “So how to keep your mind strong about hoping the variation was the key. India showed, particularly in the second innings, and even when Rohit Sharma batted in the first innings, that they could do it. On a pitch like this not every batsman is going to be successful, but even if two are successful, and, in India’s case both times it was Rohit Sharma, who really was the difference between the two teams.”

In case the Ahmedabad pitch is rated poor by the ICC, it will lead to the ground being given three demerit points but India won’t be docked any points on the World Test Championship table.

India are in a race for the second finalist spot in the WTC final along with Australia. In 2019 the ICC had cautioned member boards from doctoring pitches to the home team’s advantage in the WTC, saying points could be at stake.

However ESPNcricinfo has confirmed that India would not be docked any points even if the Ahmedabad pitch were to be rated poor. Only if the pitch or the outfield is rated unfit does the host team get penalised as per the WTC playing conditions, which state: “If a match is abandoned and the pitch and/or outfield is ultimately rated as ‘Unfit’ under the ICC Pitch and Outfield Monitoring Process, points for that match shall be distributed on the basis that the visiting team won the match and the home team lost the match. Any abandoned match will be classified as a drawn match for statistical purposes.”

‘We bowled well but luck didn’t go our way’ – Phil Simmons
Jaiswal and Abhimanyu hit centuries as India A dominate
The Hundred to be played in four-week window in August 2023
Steve Waugh: ‘The public has almost overdosed on cricket’
Gambhir picks Hardik, Shaw as India’s future captaincy candidates