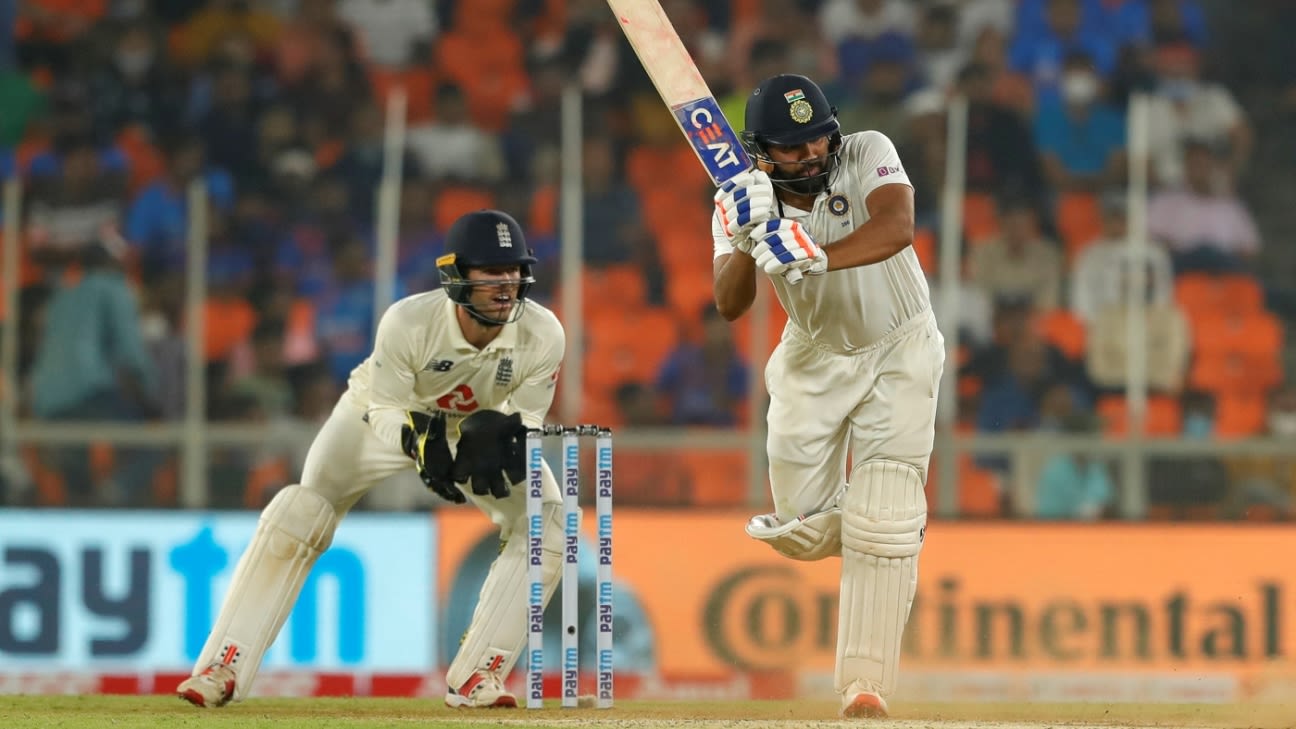 What do you see when you look at a pink ball? As Joe Root had indicated on the eve of the Ahmedabad Test, there’s not a lot of data to back up any preconceptions about day-night Test cricket. Therefore, both sets of players came into this contest at perfect liberty to see in the conditions whatever they so chose.

Ben Stokes, for England’s part, had been “licking his lips” in anticipation of a seam-dominated joust in what he clearly envisaged being the Trent Bridge of the East. And sure enough, England’s optimistic surge continued on the morning of the match, as James Anderson and Stuart Broad were thrown together for one last heist, like the cast of Ocean’s 14, before Joe Root won a crucial toss and handed his batsmen the same opportunity that they had seized upon in the first Test – a chance to post a gargantuan first innings and dominate the match narrative through sheer weight of runs.

Well, so much for the best-laid plans and all that. Unfortunately for England’s dreamers, India saw clean through the optics, and the lacquer, and all the paraphernalia that comes with this most fundamental switch of the sport’s basics. Instead they looked directly at another dry, dusty red-earthed deck, and opened their ears to the sweet music of 50,000 passionate fans at the newly minted Narendra Modi stadium – which, even when half-full, was still more populated than almost any ground bar the MCG.

The upshot was an ardour-dousing day of one-sided dominance – one that has emphatically killed off any hopes of Root’s men emulating those of Sir Alastair Cook nine years ago, and inflicting on India a rare home series defeat. The late dismissal of Virat Kohli was a boost to their hopes of limiting their deficit but by that stage Rohit Sharma was rumbling on towards another century – very different, but no less emphatic, to the game-breaker he produced on the first day of the previous Test.

And though Anderson and Broad proved predictably parsimonious in their combined analysis of 15-7-27-0, they had been fighting the rising tide from their opening spells after England’s catastrophic batting malfunction had surrendered any right to set the match agenda. Instead, England’s attentions began to stray to factors beyond their control – most notably, the state of the footmarks that were forming big cavities for their heavy-limbed seamers, and the state of the TV umpiring, which reprieved each of India’s openers on less-than-conclusive evidence, much to Root’s mounting fury.

Instead, the mastery of R Ashwin – in his 77th Test and now odds-on to reach 400 before the match is done – was matched for the second Test in a row by the eager apprenticeship of Axar Patel, who proved his debut in Chennai had been no fluke by improving on his Test-best figures with a remarkable haul of 6 for 38 in 21.4 overs.

Between them, they harvested the doubts that still lingered from that last Test, and instigated a collapse that was remarkable even by the standards of England’s last visit to India in 2016-17.

From a pre-lunch scoreline of 74 for 2, with Zak Crawley batting with uncommon poise and panache, England squandered their last eight wickets for 38 in 17 overs – almost universally spooked by the fear of what might have been, rather than by any unplayability on the part of the balls that did them in.

Kotak, Cooley and Dilip put in charge of India A in Bangladesh
Harbhajan wants ‘better suited’ Nehra to coach India’s T20I side
Rob Key: Rehan Ahmed’s Test fast-tracking was the plan all along
Guptill released from New Zealand central contract
Hurraira 221, centuries from Amin and Waheed give Northern total control