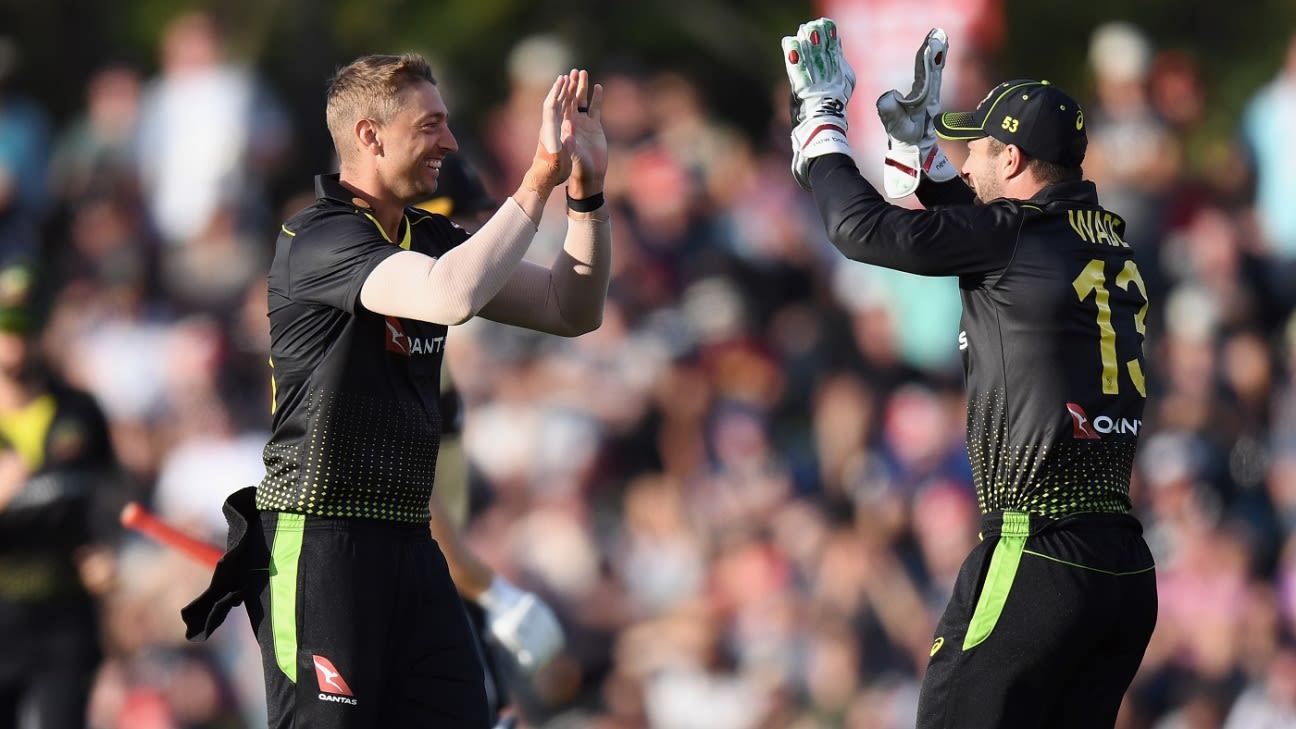 Australia won the toss and decided to bowl against New Zealand

Australia’s captain Aaron Finch won the toss in Dunedin and chose to bowl first for the second consecutive match as the tourists sought to reverse a yawning defeat to New Zealand in the series opener.

Both sides named unchanged teams from the opening game in Christchurch, with the Australians looking for a much more consistent display under sunny skies in the first T20I ever to be played at University Oval.

Australia last played an international match in Dunedin during the white ball phase of the 2000 tour. A 50-run victory by Steve Waugh’s side that was marred by crowd disturbances and a 10-minute delay after Adam Parore was given out hit wicket after his helmet was struck by a Brett Lee bouncer and then fell onto the stumps.