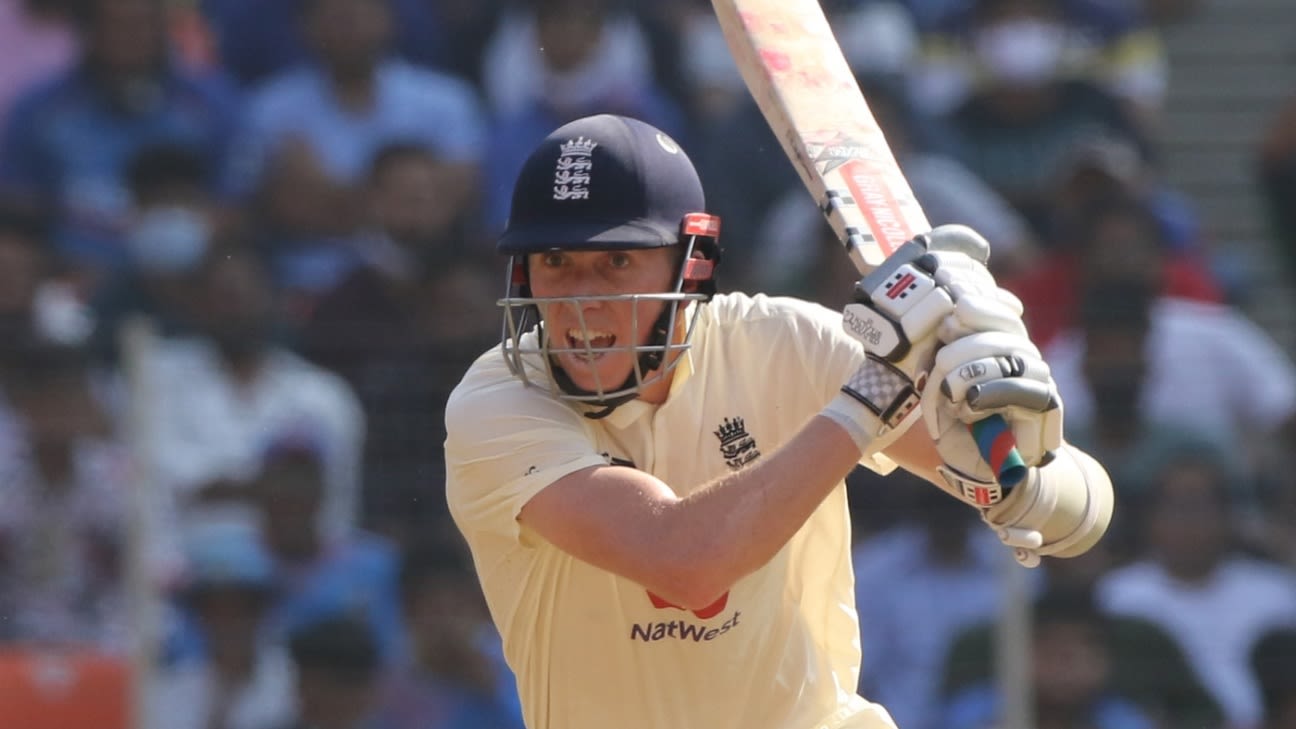 Zak Crawley has insisted the third Test is “nowhere near over” despite England being bowled out cheaply in their first innings.

Crawley, the one England batsman to shine amid another grim performance, believes batting last on this Ahmedabad surface could prove “extremely difficult” and suggested a target of as little as 100 could prove challenging for India.

So despite England having pulled off a couple of victories from unlikely positions in recent years – the Ashes Test at Leeds in 2019 springs to mind – Crawley dismissed the idea his side will require such a “miracle” this time.

“Absolutely, there’s a way back into this game,” Crawley said. “It’s nowhere near over. We could bowl them out for late 100s, early 200s. And if we can get any sort of lead on that pitch, we’ve a chance in the fourth innings.

“I don’t think it’s going to require a miracle, to be honest. Batting last on this pitch is going to be extremely difficult. If we bowl well on Thursday and then get a nice lead – even a 100-run lead or 150 – we’ve got a great chance of winning the game.”

While Crawley admitted England’s total – just 112; their lowest first-innings score in Test history in India – was “a bit short”, he did not think it was as far under par as might be anticipated.

“We know we’ve should have got a few more runs,” he said. “We’re a bit short. But if we had made 200, that would be a nice competitive score.

“I think our bowlers could easily take 20 wickets on this pitch, with the standard they are. We didn’t really help them with the lack of runs, but we can put that right in the second innings. We need a lot to go our way and to play extremely well.

“The challenge today was half the balls were going straight on and half were turning. In Sri Lanka it seemed every ball was turning, but here some were skidding on and that was the ball that was taking wickets.

“That’s why I say we’re not out of this game. If we bat well in the third innings, we can put them under a bit of pressure and we can defend anything on this pitch if it continues to get worse.”

Crawley also admitted there was “frustration” within the England camp after more decisions from the TV umpire went against the touring side. But he recommended his side “keep trying to be better” rather than focusing on any perceived ill-fortune.

“We’re behind the game and we need those 50/50 calls to go our way,” he said. “But it seemed like none of them went our way today. That’s just the way it goes.

“That’s out of our control, so we’ve got to keep trying to be better. Hopefully we can play better tomorrow and we can take wickets without needing the 50/50 decisions.”