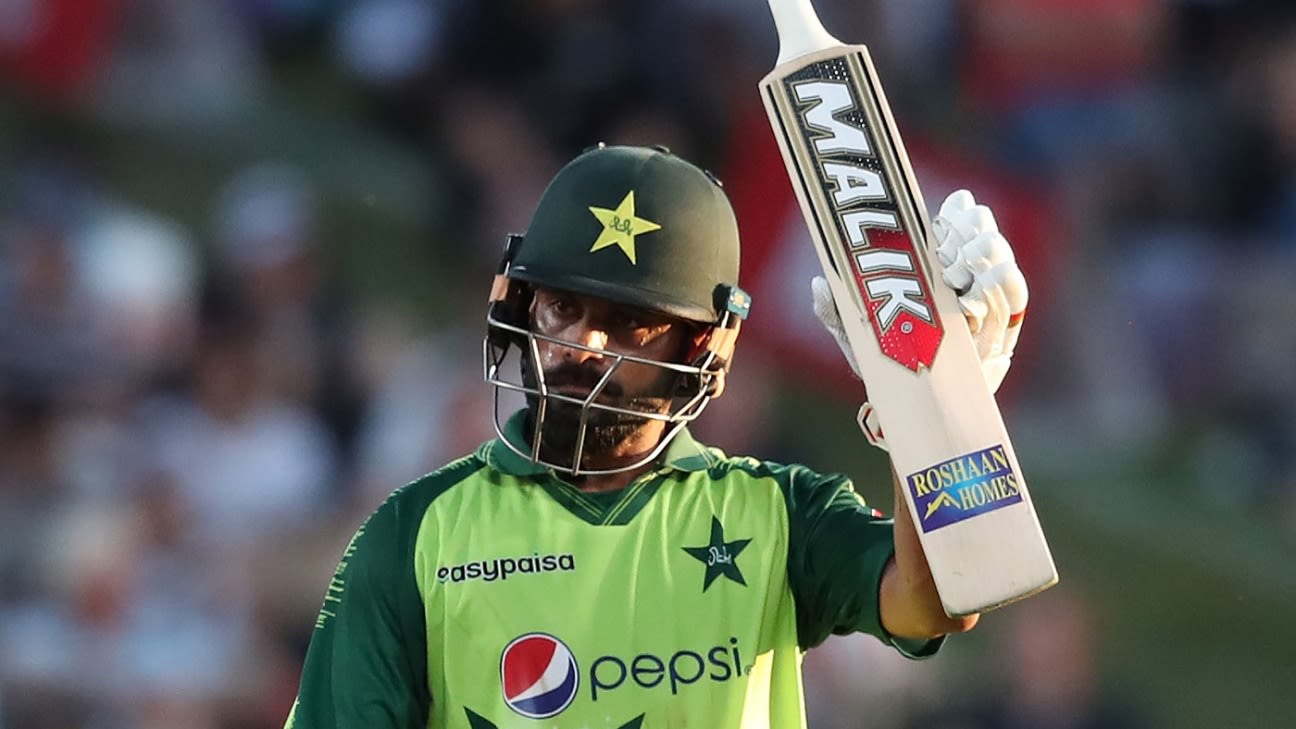 Mohammad Hafeez has rejected a Category C PCB contract. ESPNcricinfo understands Hafeez’s reason for declining the contract is that he was unhappy at being offered the lowest grade of contract.

While Hafeez has been without a central contract since 2019, in 2020 he was offered Category A match fees for any game he played for Pakistan during the year, as a special case given his seniority.

Mohammad Rizwan meanwhile, who is in prime form, has been elevated to the top category from Category B. Fawad Alam, who had an A+ category contract with his domestic team – Sindh – has been rewarded for a stellar return to the Test side with a Category C central contract.

Following a PCB review of performances, these three players were offered the upgrade in advance of the full list of central contracts that will be announced later this year; the current contracts run till June 30. Both Rizwan and Alam accepted the offer but Hafeez – now a T20 specialist – “politely turned down” the offer.

“The decision to promote the players was made during a meeting with the chair of the selection committee, Mohammad Wasim, while we were reviewing player performances in the 2020-21 season and discussing the upcoming commitments,” Wasim Khan, the PCB chief executive, said in a statement. “It was agreed during the meeting that three players were the most deserving and outstanding performers in the season to date and, as such, they needed to be rewarded now instead of waiting for the time when PCB Central Contract List for 2021-22 will be reviewed and announced.

“However, Mohammad Hafeez declined the reward and, while I am disappointed, I fully respect his decision. He wants to wait for the PCB Central Contract 2021-22 list, which he is fully entitled to. Hafeez has been one of our star performers of the season and we hope he will carry the form and momentum to Africa. I am sure this merit and performance-based decision will once again send out a loud and clear message to all professional cricketers that the PCB will not only recognise, appreciate and acknowledge their performances and achievements, but will also reward them so that they can strive to do better next time.”