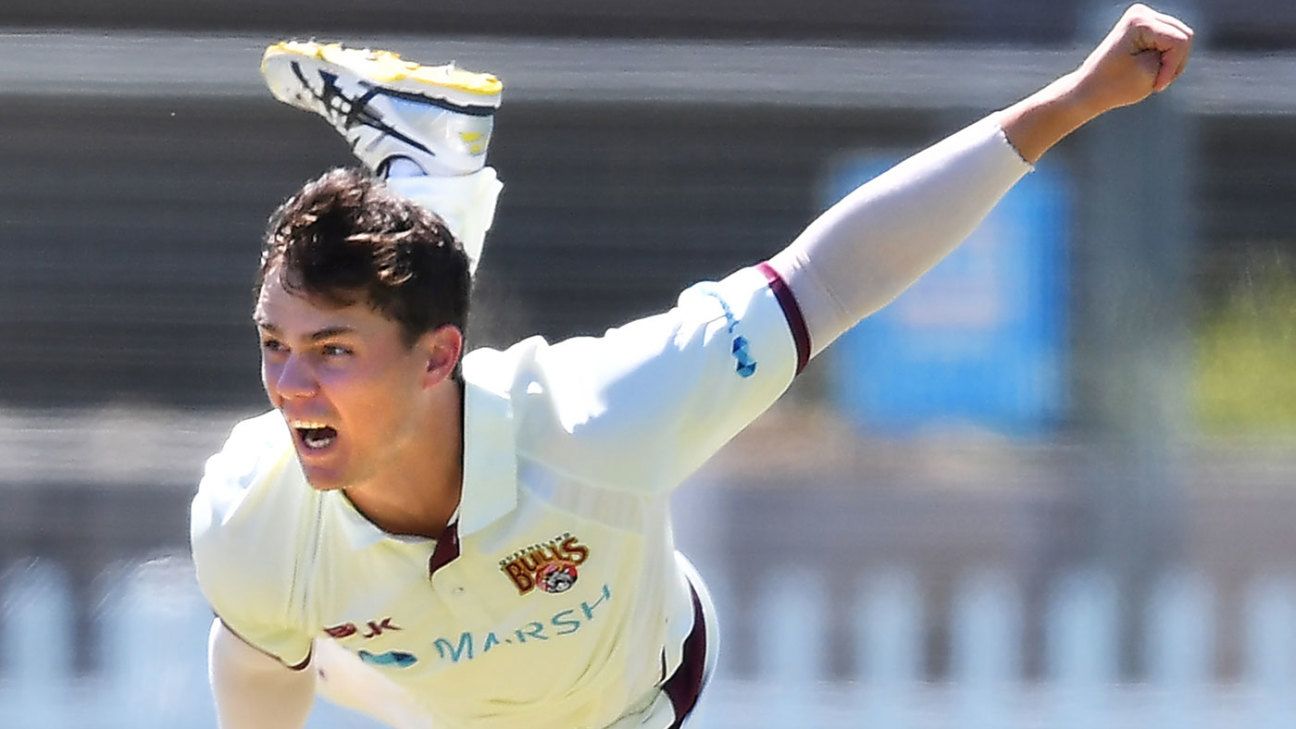 Queensland and Australia legspinner Mitchell Swepson looks set to miss the remainder of Australia’s domestic summer after being diagnosed with a stress fracture in his neck.

Swepson missed Queensland’s Sheffield Shield and Marsh Cup matches against Tasmania after developing neck pain in the back end of the BBL season. Scans revealed he had stress fracture in the C6 vertebrae.

Martin Love, former Australia Test batsman and now Queensland’s Sport Science and Medicine Manager, said the injury was extremely rare and would require a very cautious approach in terms of treatment and recovery.

“It is certainly not a common injury with spinners for instance, and so while Australian Cricket has a great deal of information about managing stress fractures in fast bowlers, it is not quite as clear cut in Mitch’s case,” Love said.

“We will work closely with Mitch and Cricket Australia to manage his recovery. We are encouraged by the successful returns of many bowlers who have had to deal with back stress fractures during their careers so hopefully, this case proves relatively straightforward.”

Fast bowlers have their bowling loads carefully monitored within the Cricket Australia system due to a high prevalence of stress fractures but spinners aren’t monitored as vigilantly.

Swepson has delivered over 260 overs in games for Queensland, Brisbane Heat, and Australia this season, which was 30 more than the previous season but nowhere near the 340 he bowled across all three formats in 2018-19.

However, he will have bowled a large amount of overs in the nets that went uncounted while with the Australian Test squad for the four-match series against India. He was due to go to South Africa with the Test squad before the tour was postponed.

Swepson was shattered to be sidelined, particularly after playing such a huge part in their early-season wins where he took 23 wickets in three games, including three five-wicket hauls to put Queensland on top of the table.

“I’m obviously extremely disappointed that I can’t be out there playing for Queensland right now but I’m trying to remain positive and will be doing everything that I can to get some games in towards the end of the season,” he said.

Queensland are also set to be without pace bowler Michael Neser for their Sheffield Shield match against Western Australia next week. Neser is still recovering from a hamstring strain but the Bulls are confident he will be ready to face Victoria on March 15.