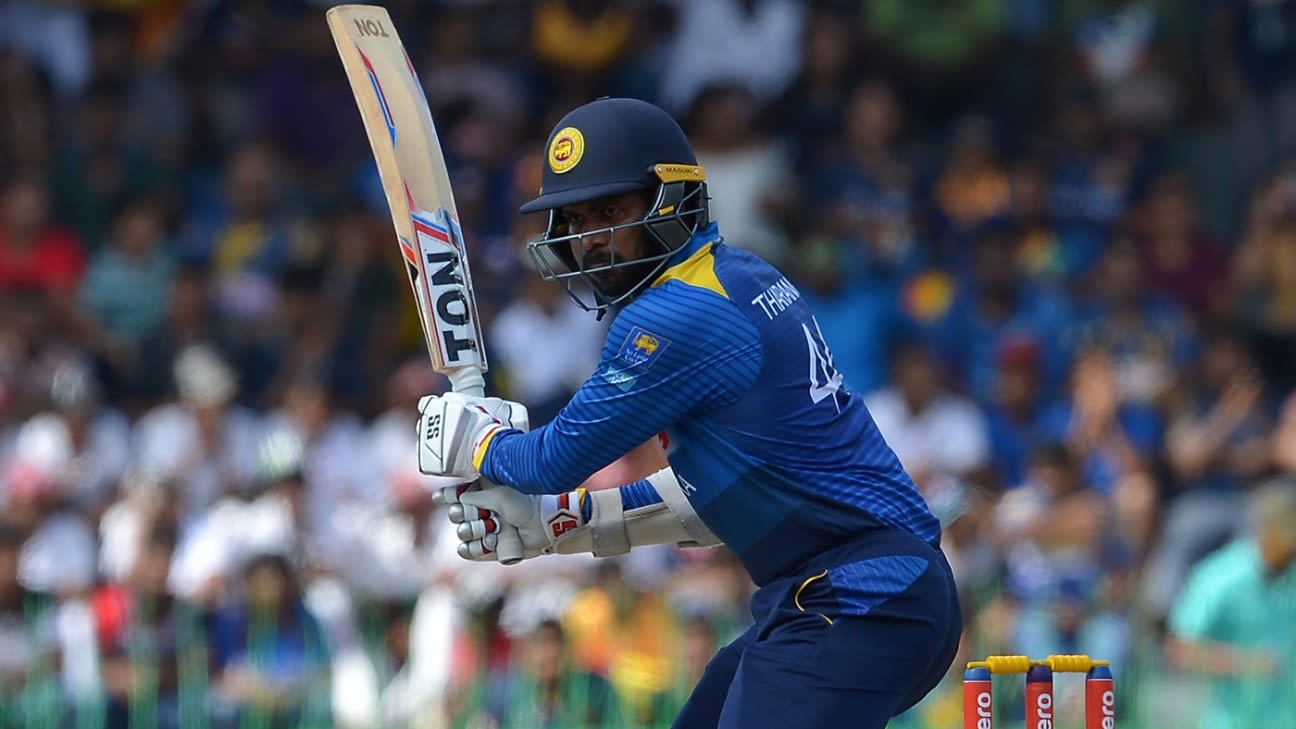 Sri Lankan batsman Upul Tharanga has announced his retirement from international cricket at the age of 36.

Having made his debut in August 2005, Tharanga last turned out for Sri Lanka in an ODI in South Africa in March 2019. He played his final T20I in March the previous year and his last Test in August 2017.

Over the course of his career, Tharanga has captained Sri Lanka’s limited-overs sides several times, first taking up the role in November 2016 in an ODI series against Zimbabwe. Months later he would also take over the reigns of the T20I side for a tour of Australia. Unfortunately for Tharanga, his captaincy coincided with a lean period in Sri Lankan cricket, and he suffered the ignominy of captaining his side to three 5-0 whitewashes in 2017.

Tharanga’s failed captaincy stint somewhat soured what had been an overall impressive period with the national side. While his Test and T20I careers underwhelmed, his ODI record is among the best in Sri Lanka’s history. His 15 one-day hundreds are the fifth-most by a Sri Lankan batsman, while his performances in the 2011 World Cup played a major role in the run to the final. Opening the batting, his 395 runs in the tournament came at 56.42 and included two centuries.

Fans will also remember fondly his role in setting a then-world record for an opening partnership, plundering 286 runs off just 201 deliveries alongside side Sanath Jayasuriya against England at Leeds in 2006.

Tharanga finishes his career having played 31 Tests, 235 ODIs and 26 T20Is. His 1754 Test runs came at an average of 31.89 and included three centuries and eight fifties. It was in limited overs cricket though that Tharanga came into his own, scoring 6951 runs at 33.74 in ODIs, inclusive of 15 centuries and 37 fifties. While he had shown flourishes in the domestic T20 circuit, that form never really carried into his brief T20I career, in which he averaged 16.28.

“As the good old saying goes ‘all good things must come to an end’, I believe it is time for me to bid farewell to my International Cricket Career after over 15 years of giving the game my all,” Tharanga said in a statement.

“I leave behind a road traveled with fond memories and great friendships. I am thankful to Sri Lanka Cricket for always having faith and the trust vested in me. I am grateful to the many cricket loving fans, friends and my family for standing by me during my highest of highs and even at my lowest points in my career. Your well-wishes and messages of encouragement was easily the drive behind my ambition. For that I thank you all, and I wish you well.

“I would like to wish Sri Lanka Cricket all the very best for the future and I am hopeful that the team will bounce back strong soon.”

“Upul Tharanga has done a tremendous service as a player to Sri Lanka Cricket during his long career and has been an integral part of the National Team during its many achievements,” Sri Lanka Cricket CEO Ashley De Silva said.